Start off dead with today's issue of EN5ider—an adventure that begins with the party's demise then launches into a ghostly quest they'll not soon forget! 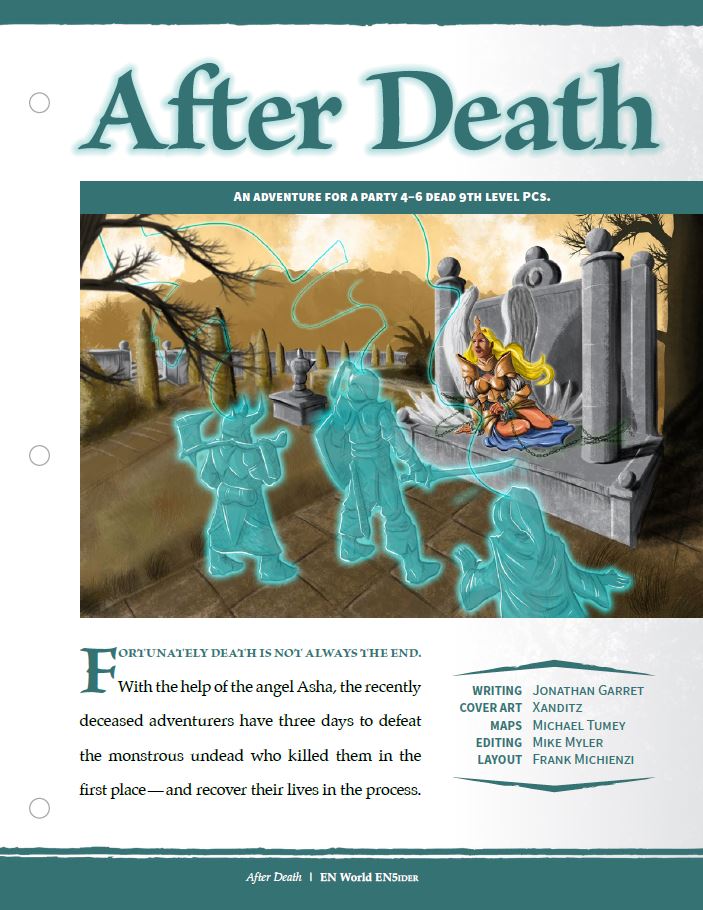