There are plenty of necromancers but today's EN5ider offers up someone unusual: a psychopomp who truly cares for undead, reanimating them not out of need for power but a desire to be kind. 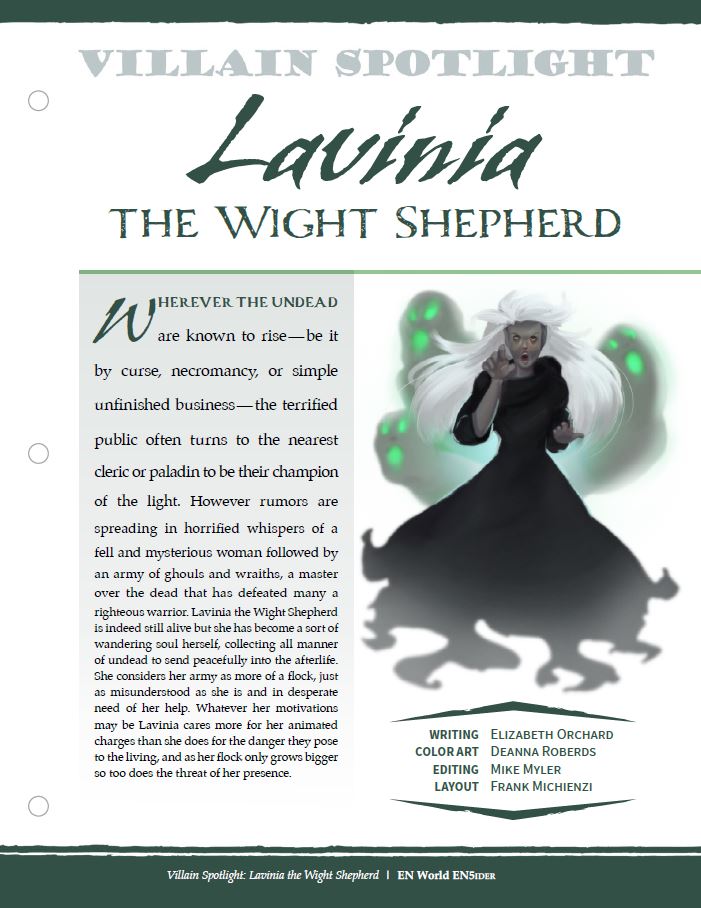