Today's EN5ider is jammed full of enchanted trinkets with 20 new magic items—whether you're looking for enchanted shoes, a bit of magic jewelry, or maybe some permanent artwork, this issue has you covered. 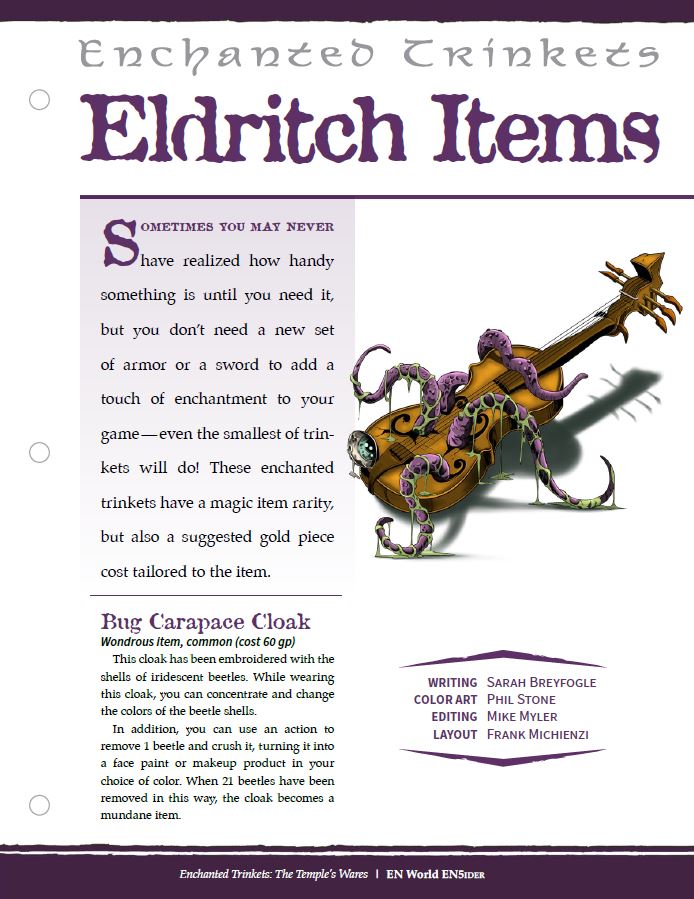