Whether from something unpleasant thrown from on high or when slain at the end of a sword, the undead in today's EN5ider do not go back to the grave quietly. 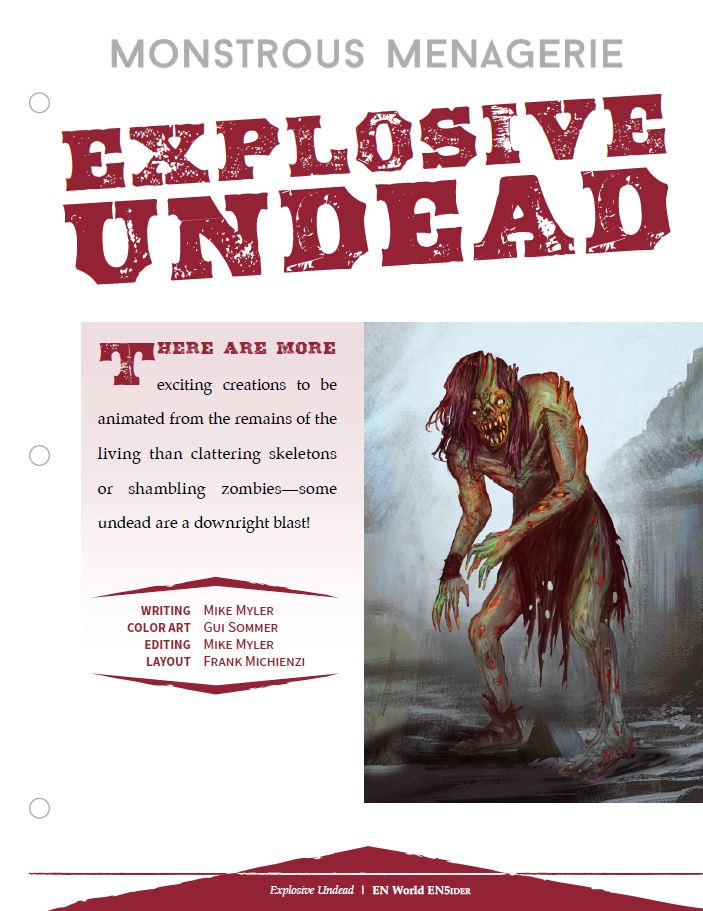