As winter approaches a truly fearsome cold is visiting EN5ider and if no adventurers step up to stop it soon all of Elissar will feel its terrible chill! 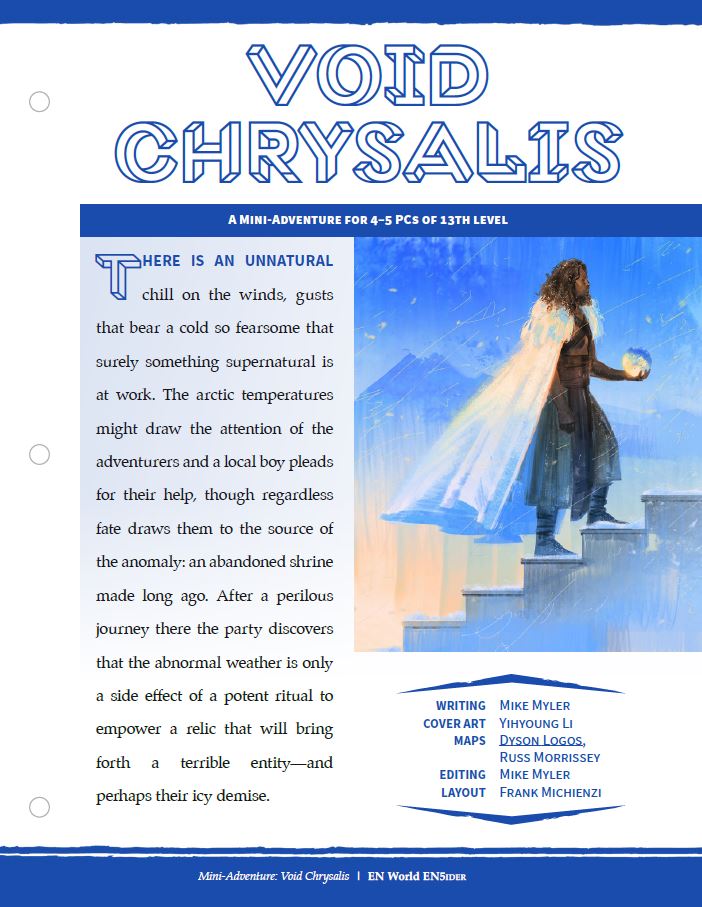