Take to the skies in today's EN5ider with two new aerial monsters and perils ranging from floating archmages to flying warlords! 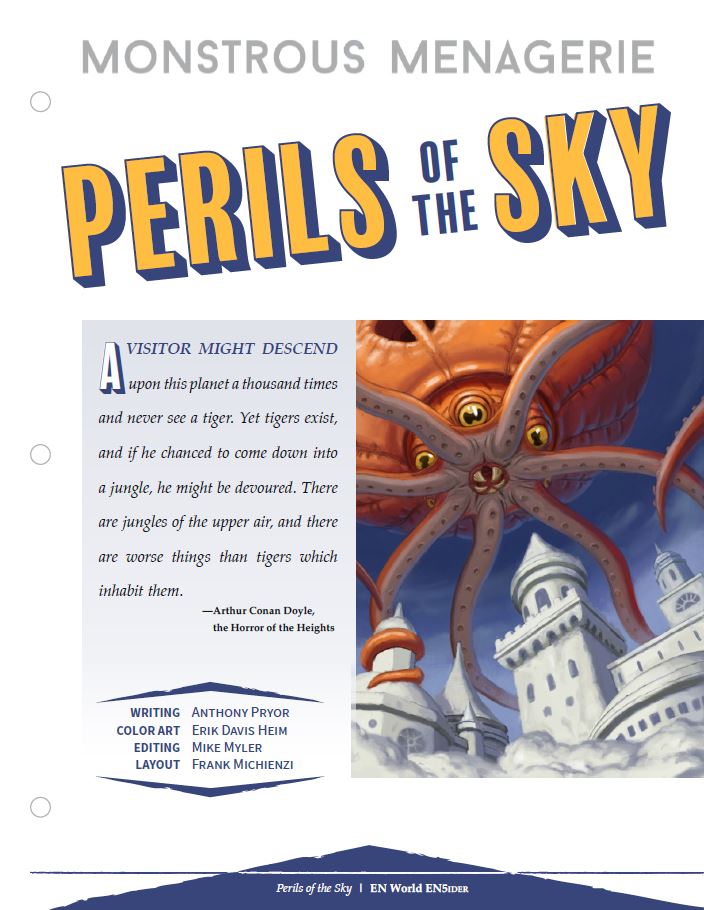