In the distant reaches of the cosmos and the furthest folds of pan-dimensional existence are worlds unexplored, places where the fundamental laws of nature are strange or utterly defy conventional understanding—realms ripe for adventure! Join us on a journey to these truly far away lands and bear witness to new extraordinary environments in ENterplanetary DimENsions! 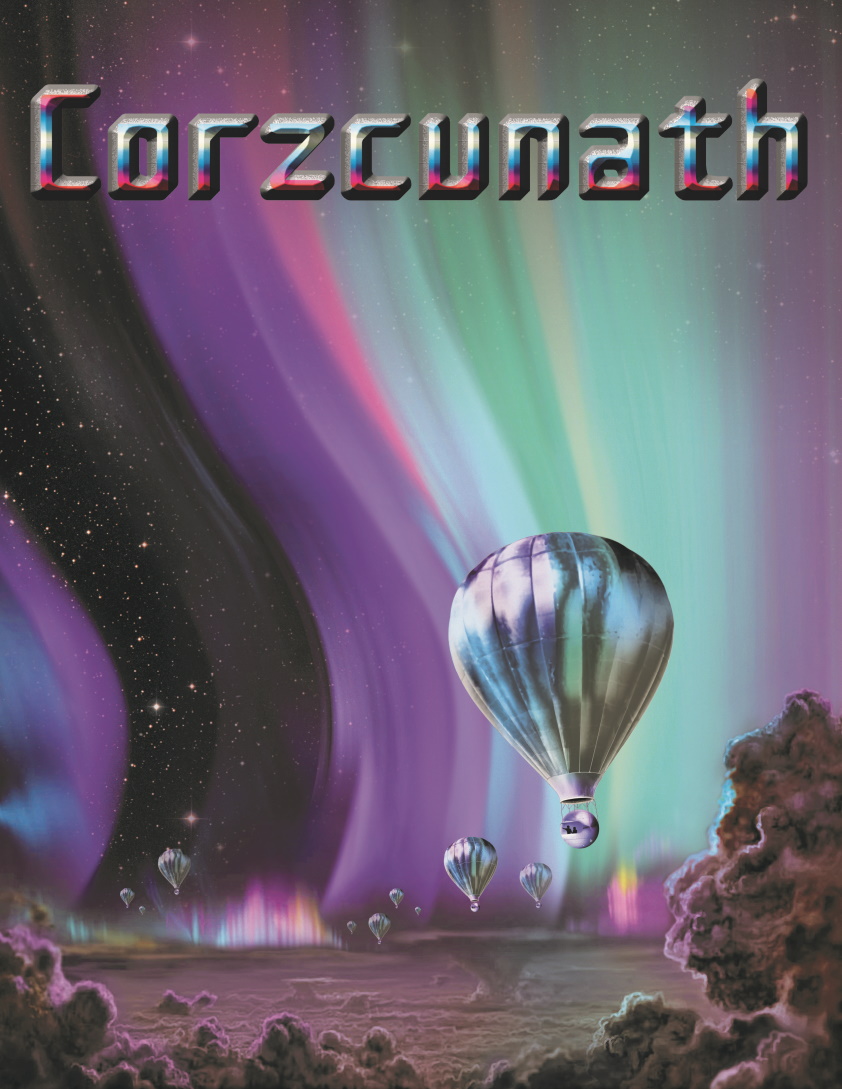 One of the most common places to visit for those newly blessed with interplanetary travel is Corzcunath, said to be home to some of the most resplendent and beautiful displays of colors anywhere in the universe or beyond. All who have the gift of sight can appreciate the wonders of its skies but there are other qualities about the world that draw people to it from across the galaxies—most creatures can glide through its atmosphere under their own power, the metallic flora is both abundant and possesses miraculous properties, and its curious aurora can often reveal one’s next destination.

Though the planet’s civilizations never reached the cosmic heights of interstellar flight themselves the peculiarities of Corzcunath familiarized its native population with the worlds beyond their own millennia ago, and their ruling governments have adroitly used the desirability of their home as leverage to protect against aggressive invasions. This hasn’t stopped the occasional warlord from making a go of it of course, but in every instance so far more technically adept allies (with very large and impressive space-faring vessels) have stepped in quickly to mitigate damage to this stellar jewel. There’s also the matter of Corzcunath’s surface for invaders to deal with—any major assault requires spending some amount of time on the ground, and the environment there is notoriously unfriendly for anyone that hasn’t spent generations evolving to the point where it has no effect. Fortunately for everyone the people of this unique world are more than happy to share its bounties, tolerate visitors, and generally keep the peace.

A sphere of blues, indigos, and violets that stands out amongst the darkness of the void, even from afar Corzcunath’s beauty is obvious though its source is perhaps the greatest wonder of all. The aurora constantly on the edge of its horizon, the curious phenomenon that allows so many to easily soar the world’s skies, and its lethal lower atmosphere all are caused by a planetary core in constant flux. Eons ago when its rotation and other stellar conditions would have seen Corzcunath torn asunder, incredibly powerful magics were worked to halt its destruction until eventually a solution was realized: this world could not be saved, but it could be substituted. The costly ritual enacted so long ago persists to this day, the arcana constantly swapping out parts of Corzcunath here with nearly identical counterparts in other dimensions there for moments at a time. The constant displacement of almost-the-same air with just so slightly different atomic weights, the constant dance of equalizing magnetic fields—and a great deal of errant magic soon to be untethered—have reshaped the planet and made it truly unique in the multiverse.

Planar Traits. Corzcunath has the following planar traits and the Narrator should make use of the extreme cold, high gravity, low gravity, poisonous plants, strong winds, and vacuum encounter elements. When it is possible to do so, noticing one of these encounter elements before it is too close to avoid requires a DC 15 Perception check.

Whether day or night the skies of Corzcunath are dominated by wide bands of green, blue, indigo, violet and colors beyond the limited electromagnetic spectrum as well as many more within it that there are not yet words for. While the auroras created by the constantly shifting pockets of reality comprising the planet and its atmosphere are without doubt visually striking, as a melting pot of possible fates it is an incredibly useful tapestry for diviners. Indeed it’s said that staring long enough into the panoply of colors reveals destiny itself—though sifting between what will be and what could be is beyond the ken of most observers.

When casting a spell of the divination school while under the auroras of Corzcunath, the spell is cast as if using a spell slot that is 2 levels higher and ability checks made as part of the casting have advantage.

Creatures outside on Corzcunath gain a fly speed equal to their Speed, or if it already has a fly speed a creature’s fly speed is doubled and it gains the ability to hover. Everywhere but the uppermost atmosphere (where ballooning is the most common and pleasant mode of travel) the planet’s curious winds are fickle, making it difficult to move through the air quickly. When taking the Dash action while flying, at the start of its movement a creature makes an Acrobatics check (DC 10 + 3 per previous check in the last minute) or it flounders, reducing its flying speed to 5 feet until the start of its next turn. A creature taking the Sprint action makes the same check with disadvantage.

Creatures inside of a roofed structure of any size gain no benefit from this planar trait.

After Corzcunath was subjected to the tremendous magics that saved it so long ago the plants adapted just like its sentient population. They still produce a mix of oxygen and nitrogen breathable for most humanoids (as well as trace amounts of more exotic elements ideal for stranger visitors) but they have become metallic with high melting points, increased density, malleability, and draw in not just sunlight but heat as well. Though it grows in a variety of different ways (as grasses, trees, and even mosses) the material is collectively called corzcu, and highly sought after by artisans on many worlds (elves in particular).

Table: New Material (Corzcu)
* On Corzcunath there is no multiplier for the cost of corzcu items.

The uppermost skies are breezy and surprisingly warm, and though they can be slippery the middle of Corzcunath’s airways are also somewhat comfortable—especially when compared to the difficulties faced on the surface. Faint miasmas of supernaturally charged air (magical, psionic, and otherwise) that result in only magnificence and miracles above are far more dangerous where they are most potent. Over countless generations the natives of Corzcunath have built up natural immunities to these gasses, but all visitors to the planet are warned to utilize fully sealed breathing apparatus or spells that protect against air-based hazards.

Another side effect of Corzcunath’s patchwork pan-dimensional predicament is a fraying upon all things illusory. The subtle yet omnipresent interplay of magic wreaks havoc upon figments and obscurements, the constant substitutions of nearby alternate realities tearing away at energies that distort perceptions.

The duration of spells of the illusion school are halved, as are magical illusion-based features, properties, and traits.

The acquisition and processing of corzcu is a major industry but the practice is not so simple as gathering up leaves from the ground—sometimes on Corzcunath the plants fight back. Everywhere in the world in which trees and other flora grow so too do foundro, a highly aggressive plant that savagely and relentlessly slashes away at anything it perceives as invading upon its territory. Offworlders that are hardy and wary enough can make a good living harvesting corzcu for manufacturing, provided of course that they can survive foundro attacks.

Deep Rooted (1/Day). When it is reduced to 0 hit points while in contact with the ground, the foundro is instead reduced to 1 hit point and burrows into a 5-foot square patch of earth within 20 feet. If it cannot root itself, the foundro dies.
While rooted the foundro is paralyzed and regains 1d4 hit points each round until it is no longer bloodied.
Spotting an area to find where a foundro is rooted requires a DC 12 Perception check, and searching a 5-foot square to find it requires a DC 12 Investigation check. Unearthing a rooted foundro requires a DC 13 Strength check and 1d4 rounds (or 1 round on a success by 5 or more). A creature using a shovel has advantage on this check. When the foundro is reduced to 0 hit points while rooted it explodes in a 15-foot radius wave of energy. Each creature in the area makes a DC 13 Dexterity saving throw, taking 10 (3d6) psychic damage on a failure, or half damage on a success.


ACTIONS
Multiattack. The foundro attacks three times with its vines and once with disruptive pollen.

Vines. Melee Weapon Attack: +5 to hit, reach 10 ft., one target. Hit: 6 (1d6+3) slashing damage and the target is grappled (escape DC 13). Instead of grappling the target, the foundro can choose to knock the target prone if it fails a DC 13 Strength saving throw.


BONUS ACTIONS
Defile (While Bloodied). The foundro can use a bonus action to defile the ground in a 15-foot radius around it, regaining 9 (2d8) hit points. Without the effects of a hallow spell, a defiled area becomes infertile and cannot be cultivated for 1d4 years.

Vine Drag. If the foundro takes the Dash or Sprint action and is not grappling any creatures or burrowing, it can move an additional 20 feet.
Last edited: Oct 5, 2022
Click to expand...

Makes me think of this, my favorite concept for colonizing a planet outside our own current one. 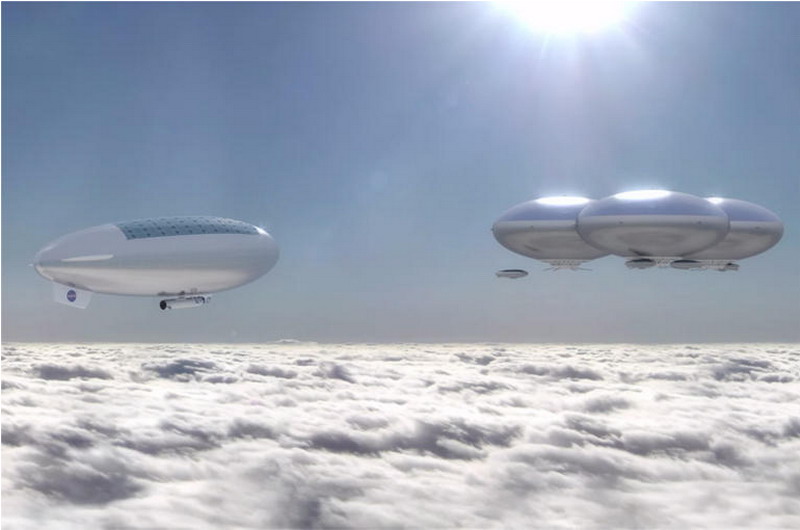 Inspiration from the jpl posters?

Anselm said:
Inspiration from the jpl posters?
Click to expand...

For a couple of the planets—yes! The artwork I have pegged for the dimension posts skews more towards the past though.

Mike Myler said:
For a couple of the planets—yes! The artwork I have pegged for the dimension posts skews more towards the past though.
Click to expand... 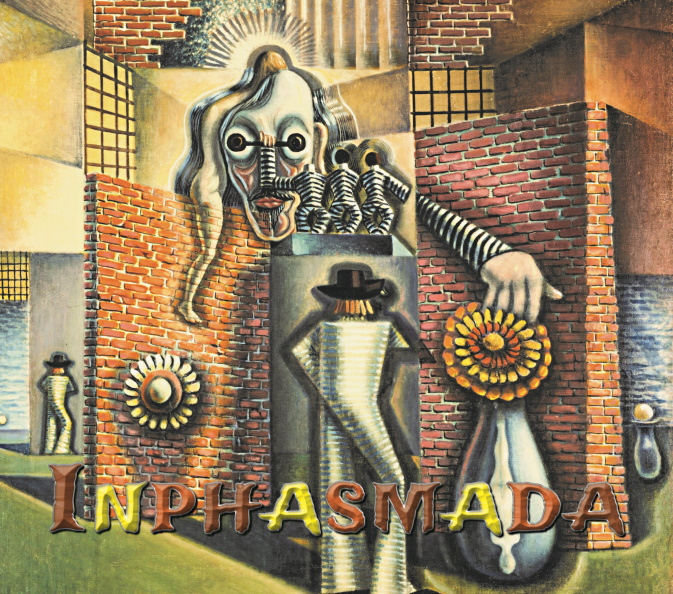