Today’s ENterplanetary DimENsions is a place many adventurers eagerly seek out but few ever escape: the endless dungeon dimension of Ostending Ostium! 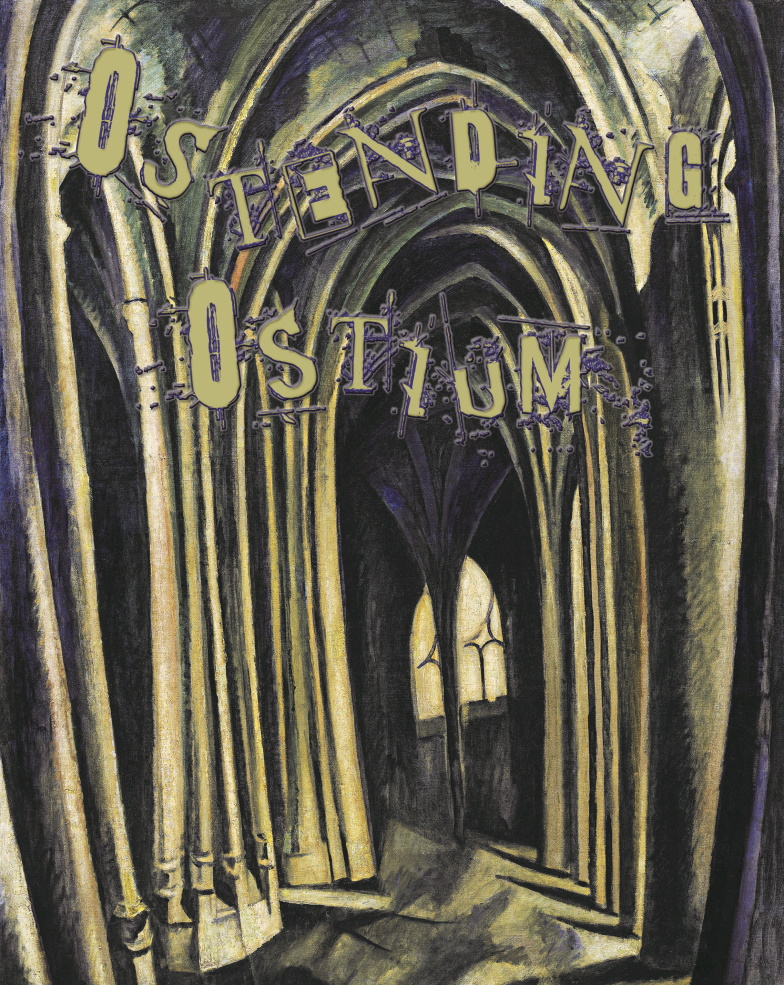 There is a legend of a vault containing wealth of such abundance that even the gods envy it, a trove of treasure filled with splendors beyond imagining envied across the multiverse. To protect this impossible hoard its owner—unknown to all and now long gone—created a unique labyrinthine dungeon that grew larger with every mind that entered it. The first servant to try became lost, and then the next, and with each that strayed within never to return the maze became ever larger and more complex. Eventually its creator too became lost inside, dying like so many others. This is how the dimension of Ostium began and how it continues to this day, passages morphing into and around others into a complex of tunnels that span the whole realm.

Practically all of this plane’s inhabitants are dead or nearly feral. Anyone found in Ostium is wandering its endless tunnels either scrounging and scavenging to survive, taking with force what they can and seeking escape, prowling for a fresh meal, exploring even after death, or engaged in a massive game of intrigue for a prize of inestimable wealth. No matter from where they came or why they are there, few who find their ways to this dimension live long enough to escape—though those who do bring with them treasure enough to draw in future victims.

Planar Traits. Ostium has the following planar traits and the Narrator should make use of the acid, brown mold, darkness, dense smoke, fire, frigid water, green slime, lava, magnetized ore, memory crystals, webs, and yellow mold encounter elements. When it is possible to do so, noticing one of these encounter elements before it is too close to avoid requires a DC 16 Engineering check.

The masters of Ostium are the Court of Spades, its royalty (the jack, queen, and king) lording over countless knights of the spade spread over a realm that extends to the plane’s furthest reaches. Though they no longer live these undead still have purpose, toiling away to reconstruct the endless dungeon to match the vision of their immortal rulers. Whatever magic the Court of Spades holds however, it is not involiate for they are an extension of the dimension, their legacy and how long they have endured here all that keeps them in their positions of power.

When a spade is destroyed those more recently transformed increase in knowledge and power, their understanding of Ostium becoming all the greater—several times a jack has been killed and the knight of the spade beneath elevated, and myths spread among this place’s inhabitants claim the king is the last corporeal survivor from the world that once was. Spades ruthlessly vie to rise in the hierarchy, manipulating visiting adventurers into killing rivals in exchange for secreted treasures (and those with the most to gain often have the most to offer).

Superb Spade. The last bit of a slain knight of the spade’s essence becomes trapped in its shovel: a knight’s spade.

While you are attuned to and wielding the shovel, you are able to use the Transform Area feature.

Transform Area. You can use a bonus action to reshape a 5-foot cube adjacent to yourself, changing the area’s elevation or creating and eliminating holes, walls, and pillars. Changes that result in unstable terrain are subject to collapse. Any Large-sized or smaller creature in the area makes a Dexterity saving throw with advantage (against your combat maneuver or spell save DC) or it falls prone in a square chosen by you that is adjacent to the area. If the chosen square is occupied by a creature of Medium size or smaller, it makes a Dexterity saving throw or also falls prone. 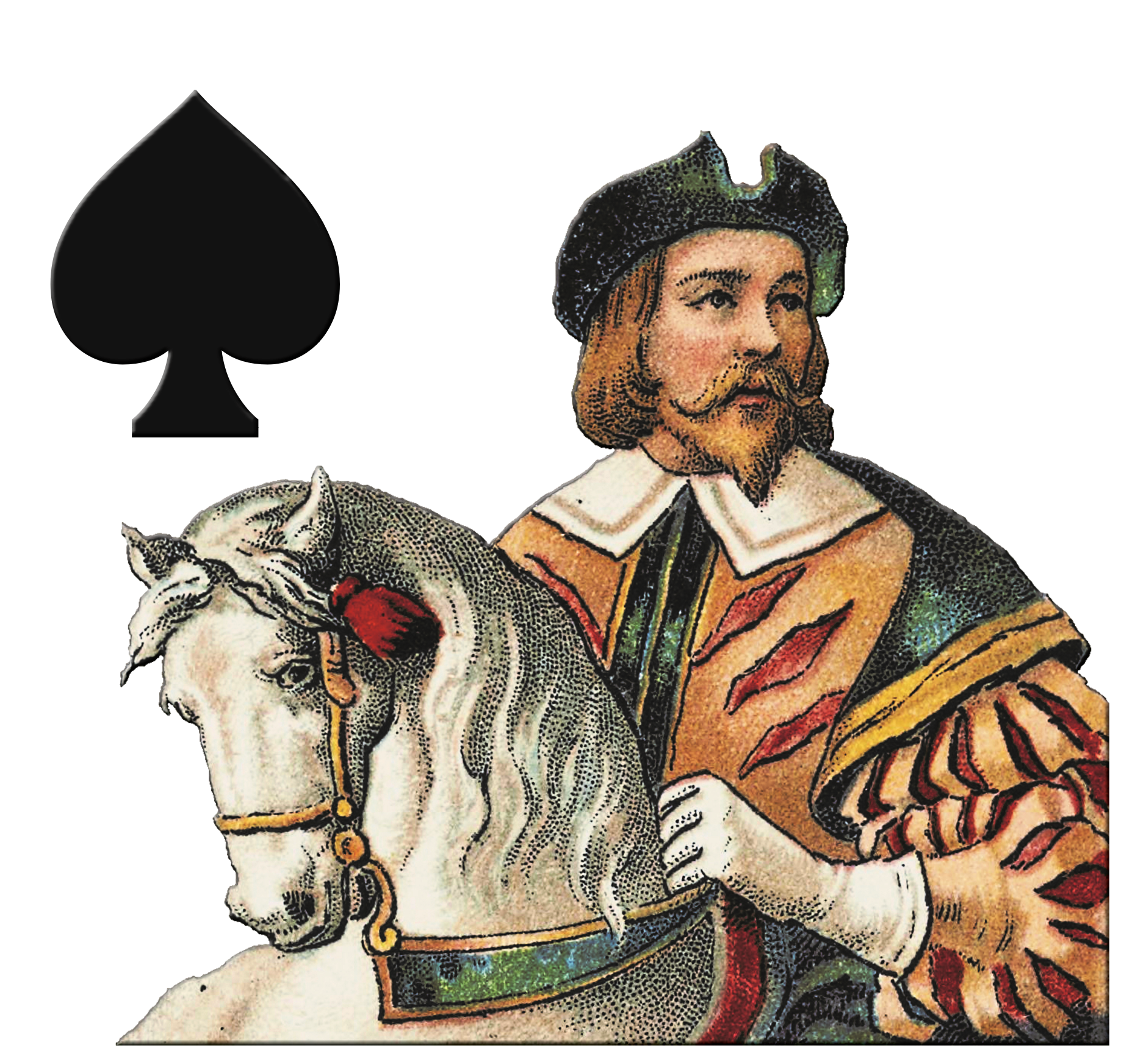 Knight of the Spade Challenge 5​

Glamered. Until it takes damage or is infuriated by a successful Intimidation check opposed by its Insight check, the knight and its mount appear to be a normal humanoid knight and warhorse.

Magic Resistance. The knight has advantage on saving throws against spells and other magical effects.


BONUS ACTIONS
Spade Magic (Recharge 4–6). The knight reshapes a 5-foot cube adjacent to it, changing the area’s elevation or creating and eliminating holes, walls, and pillars. Changes that result in unstable terrain are subject to collapse. Any Large-sized or smaller creature in the area makes a DC 14 Dexterity saving throw or falls prone in a square chosen by the knight that is adjacent to the area. If the chosen square is occupied by a creature of Medium size or smaller, it makes a DC 14 Dexterity saving throw or also falls prone.

Unforgiving Hilt. When the knight hits a creature twice on the same turn with its spade, it uses the Shove basic maneuver against the creature.


REACTIONS
Dig In. The knight attacks a prone creature with its spade.

Noble of the Spade Challenge 15​

Glamered. Until it takes damage or it is infuriated by a successful Intimidation check opposed by its Insight, the noble appears to be a normal humanoid.

Innate Spellcasting. The noble’s spellcasting ability is Wisdom (spell save DC 17, +9 to hit with spell attacks). It can innately cast the following spells, requiring no material components:

Magic Resistance. The noble has advantage on saving throws against spells and other magical effects.

Ostium Master. When the noble casts command it is able to target undead with the spell, and when it casts move earth it can affect any building material such as metal, stone, and wood.

Royal Annoyance. After a creature has succeeded on a saving throw against a command from the noble, it has advantage on saving throws against the noble’s command spells.


REACTIONS
Royal Reprisal (Recharge 5–6). When the noble is damaged by a creature it can target the creature with a command spell.

Royal Weapon. The noble attacks with a magical weapon it has already conjured (either an arcane sword or spiritual weapon).

Spell (Queen Only). The noble casts a spell.

Step Lightly (Jack Only). The noble moves its Speed without provoking opportunity attacks.

Royal Command (Costs 2 Actions). The noble casts command and its target has disadvantage on the saving throw.

Ostium has grown itself in the same shape and form as the stone structure it originally was, but with centuries and millennia of constant reconstruction its architecture has warped and devolved to strain the mind.

Confusing Construction. A creature can understand the architecture of Ostium with an Engineering check (DC 10 + 1d8), gaining advantage on checks to follow tracks or determine its location to another point in the dimension. On a result of 20 or higher the creature suffers a long-term mental stress effect, or on a failure it suffers a level of strife. Oddly, a creature carrying a shovel gains an expertise die on the check.

Terminated Teleporting. Teleportation spells cast in Ostium have a maximum range of 500 feet.

Souls shuffled off from the mortal coil never escape Ostium. Instead when they perish they become undead. Some stay housed within their bones or corpses (as mindless skeletons or zombies), or rise anew as a knight of the spade. Those who strive to go further, to see more, to go where no one else has—adventurers mostly—are let loose from their mortal remains and become ghosts in the Explorer’s League.

Ethereal Explorers. There are signposts of a sort in Ostium, or rather beside or perhaps around it. In the Ethereal Plane members of the Explorer’s League work hard to maintain ethereal waysigns with precise instructions to others like it, providing the only reliable means of traversing the dimension. While a creature is able to see within the Ethereal Plane, it cannot become lost in Ostium.

See Ghosts. A creature carrying a shovel can see ghosts in Ostium even when they are on the Ethereal Plane, and gains an expertise die on Perception checks made against them.

The realm of Ostium is mazes within mazes within mazes within mazes ad infinitum, many of them made all the more complicated by newly excavated routes and collapses barring passage forward. Each maze still has a heart however, usually fiercely protected by a caravan (containing 2d4+2 NPCs of a maximum individual CR equal to 1/4 or less than the party’s average level), aberration, or monster that defends it with their lives. Within these places there is always an item of great power, and once conquered or accepted by its inhabitants PCs can use the heart of a maze as a haven.

Countless disreputable cartographers, deceitful explorers, and duplicitous merchants sell maps for Ostium—most of which are inauthentic. True maps purchased for the dimension are almost never accurate for more than a decade and the waysigns left in plain sight by earlier travelers are rarely there when they return. Adventurers attempting to traverse this troublesome plane must navigate by the age of the construction nearby (using History checks), with the help of the Explorers League that still yearns to understand this place, or by leave of the Court of Spades.


If only there was a dungeon-themed Level Up book to really make the most out of Ostium...
Last edited: Sep 19, 2022
Click to expand...

Micah Sweet said:
This is amazing!
Click to expand...

Thank you. ♥ This one sat in the hopper for almost a month and I agree it was stewing time well spent.

Before I even got to your last sentence, I knew I was going to steal this for a dungeon-themed setting I've been brewing in my head.

Faolyn said:
Before I even got to your last sentence, I knew I was going to steal this for a dungeon-themed setting I've been brewing in my head.
Click to expand...

Paul suggested there should be a court for every suit. There are other dimensions yet so we'll see.