This entry in Epic Monsters was so popular that its impact is still present today in a modern language: Reynard the Fox! 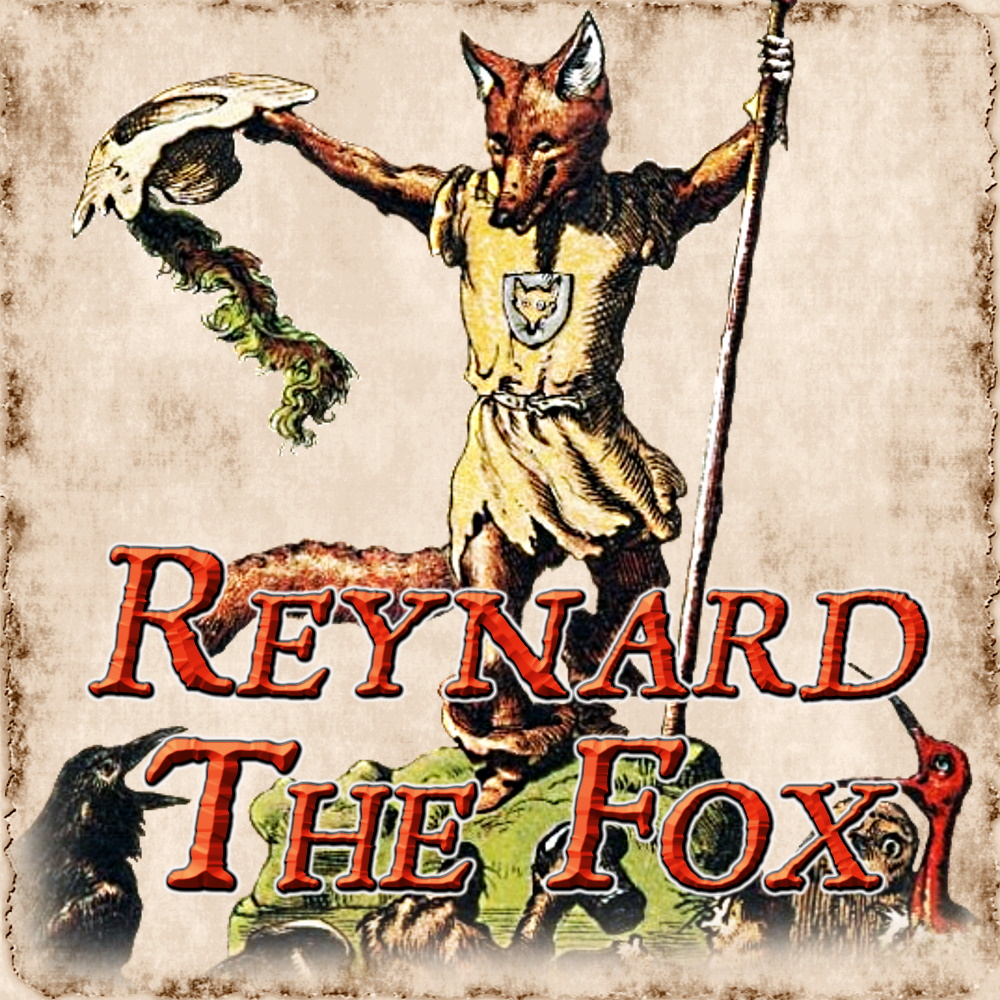 Those of you who know your French are already on to the game here, but before Reynard their word for a fox was goupil. This trickster’s origins are indeed in France, in the Lorraine region sometime between 1148 and 1153 where the poet Nivardus penned the epic poem Ysengrimus in which Reynard first appears (though notably he’s treated as a familiar character already, so it’s likely Reynard is even older). Although predominantly popular in Europe, stories of trickster foxes that have very similar tales appear around the world, and in the medieval west his story was modified by a variety of different authors usually sticking to the same story points.

In this tale Reynard is summoned to appear before the king (depicted as a lion, sometimes called Noble and sometimes called Leo) where his uncle, the brutish wolf Isengrim (the chief antagonist in these stories), lays down a variety of charges against him: abuse, betrayal, thievery, and rape. Reynard does not appear in the court to answer these crimes and so messengers are sent to acquire him. Bruin the bear, despite his strength, is lured by his greed for honey into a trap set by Reynard. The clever cat Tibert fares no better, trapped by a greed for mice. Grimbard the badger (a cousin of Reynard) manages to bring him though, and he’s quickly sentenced to be hanged. The fox is not so easily undone however, using the king’s lust for power and gold to effect an escape that quickly turns bloody.

The subtext of these tales—the above being the most popular and well known among them—is satirization of the aristocracy and clergy. Reynard is a peasant and hero, resisting authority and living beyond the constraints of the church and crown. His funeral is also a popular subject, used as an opportunity for Reynard to take revenge against others even after his demise, and sometimes he’s got a wife (named Hermeline) who unfortunately rarely plays a large role (sometimes becoming a target for his vengeance for taking on a new lover after his passing). There was also an anti-semitic cartoon made by the Belgian-born Dutch politician Robert van Genechten in 1943, but it was never released publicly (finished too late to be useful propaganda) and its existence is only known after being uncovered in two parts from the German Bundesarchiv in 1991 and 2005.

Design Notes: Researching Reynard didn’t really kick up a lot of magical dust—he was a trickster for certain, but not the kind that used spells to get the job done. So instead we started with a fox and worked our way out, giving him sneaky skill proficiencies, Cunning Action, and a variant of Sneak Attack that’ll work with his bite and claws. There’s the important note of Maupertuis (his castle of hiding) but other than that he’s a pretty standard sneak (albeit furrier than most). Let’s do the numbers! The DMG came in at 5.666, the Blog of Holding at 6.8333, averaging out to a comfortable CR 6.

Cunning Action (1/Turn). Reynard can use a bonus action to take the Dash, Disengage, or Hide action.

Finesse. Reynard uses Dexterity for attack and damage rolls with his natural weapons (included in his statistics).

Keen Smell. Reynard has advantage on Wisdom (Perception) checks that rely on smell.

Maupertuis. While inside of his castle, Reynard can't be targeted by any divination magic or perceived through magical scrying sensors. Checks made to locate Maupertuis or track Reynard there have disadvantage.

Merciless Strike (1/Turn). When Reynard has advantage on his attack roll, on a hit he can choose to deal an extra 14 (4d6) damage.

Pounce. If Reynard moves at least 20 feet straight toward a creature and then hits it with a claw attack on the same turn, that target must succeed on a DC 12 Strength saving throw or be knocked prone. If the target is prone, Reynard can make one bite attack against it as a bonus action.


REACTIONS
Evade. Reynard adds 3 to his AC against one opportunity attack that would hit him.

Reynard reminds me of another fox. 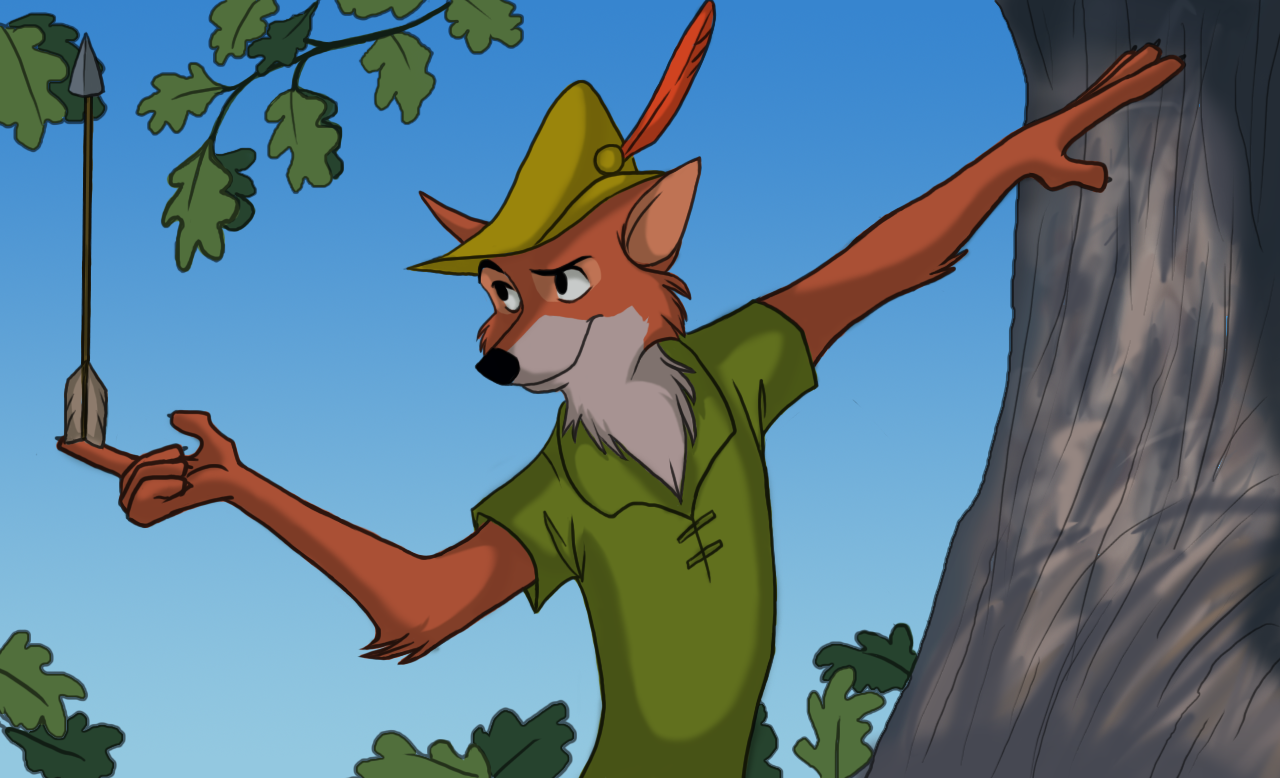 Rafael Martin said:
Reynard reminds me of another fox.

I believe that's purposeful! Reynard and Robin Hood have often been combined in retellings.

Thank you for this, Renart is a favorite character from folklore, suprised he hasnt got a bit more Mastermind in his build
Last edited: Oct 11, 2021

I remember the original Disney idea was about Reynard, but then it was recycled into Robin Hood because this was more famous and kid-friendly.

If my memory doesn't fail the humanoid foxes were in Specie Savages with a lot of other antropomorphic animals. And there is a 3PP setting ofr 5th Ed of antropomorphic animals, Humblewood, and also other, Historia. I wonder who will try to buy before Hit Point Press, Hasbro or Disney, for the IPs.

LuisCarlos17f said:
I remember the original Disney idea was about Reynard, but then it was recycled into Robin Hood because this was more famous and kid-friendly
Click to expand...

The original Disney idea was a Chantecleer movie, about a French Rooster Le Coq who truely beleives his crowing causes the sun to rise. Reynard was going to be the villain, planning to kill Chantecleer. It never got completed and the character designs were recycled for Robin Hood.

I once played a swashbuckler character in a 7th Sea game, called Reynar du Levar, and I based as much of his character as possible on the infamous fox of France.

BookTenTiger said:
I believe that's purposeful! Reynard and Robin Hood have often been combined in retellings.
Click to expand...

And the Disney film apparently has its origins in a planned film or short about Reynard that kept getting proposed and set aside, per The Disney That Never Was.

A modern take you may find of interest is in Ben Aaronovitch's Rivers of London series, particularly the comic Cry Fox. I'm not going to spoil it for you!