Curious about monthly subscription boxes aimed at tabletop gamers? Take a look at the boxes you can get from Dice Envy!

View attachment 100819​
Online retailer Dice Envy offers subscription boxes at three different tiers: Original, Basic, and Sampler. Each tier can be ordered month to month, or you can prepay for a subscription of six months or 12 months. The prepaid plans cost a bit less per month than the month-to-month plans, incentivizing your longer-term commitment to the service. The price does not include shipping.

Dice Envy provided samples of what customers typically receive in each tier of their subscription boxes. Each set comes in a small tin.

The tin is fine for lightweight dice. However, a heavier set, such as metal die, weighs enough that it can nudge the lid off if shaken around enough, so I recommend securing it with a rubber band if you plan to keep the set in the tin it came in.

Here’s a rundown of your subscription options and what you get.

In the Sampler box, you receive a single die each month. If you like collecting random, whimsical dice, this is an easy way to increase your hoard. Dice Envy promises that they only send dice with a standard number of sides, so you never will receive a wacky 17-sided die.

I was sent several examples of the dice that were sent in the Sampler during the past year.


View attachment 100820​
The four multicolored, capsule-shaped dice are Dice Envy’s Infinity d4s, featured in a successful Kickstarter which recently completed. These metal dice roll well, are easy to read, and act less like caltrops if they fall on the floor. I especially like the Healer’s Dice, handy for 5e characters with healing spells: a d4 for Healing Word and a d8 for Cure Wounds. The samples also included a d6 made of amber and a couple of d20s from various sets Dice Envy has produced.

The Sampler box costs $5.00 per month, plus shipping. You also have the option to prepay for a 12-month subscription to the Sampler for $50, which works out to about $4.17 per box. It’s a small sum, but it if you prefer to get more for your money, try the higher tiers. The Basic and Original boxes each include that month’s Sampler die as a bonus, so you can get a complete set plus a rando.

The Basic box gets you a standard set of acrylic dice as well as the Sampler die of the month. The dice in the Basic boxes are fairly generic, but of decent quality. The set I received was a pretty, sparkly pink, but each month’s set has a different look.

The Original box is Dice Envy’s flagship offering. This box contains complete dice sets made of higher-grade materials such as metal, amber, or wood. Like the Basic box, The Original also includes the month’s Sampler die.

I received the Gunmetal Lion Head set, with Dice Envy’s lion head logo as the 20 on the d20. The dice are heavy and roll with a satisfying thunk. They are heavy enough that I would hesitate to use them in some dice towers made of wood or other light materials. The points on the d4, d8, d10, and percentile die are impressively sharp. In fact, the d4’s beveled edge is sharp enough that I’m pretty sure you would not be allowed to bring it in your carry-on luggage on an airplane.


View attachment 100822​
It’s not too sharp to handle, but you need to be careful. I like this set a lot, but I only would use it in a good dice tray to protect the table surface. Each die was enclosed in a tiny zip-top bag to prevent the dice from scratching each other before being placed in the tin, which barely could contain the set. It’s a very pretty set, but I would find an alternative way to carry this one to avoid damaging the dice.

The Original costs $22.00 per month, but you can prepay for a six-month subscription for $120.00 ($20.00 per month). Dice Envy also offers the option to subscribe to quarterly shipments of this tier, sending three months of boxes at once. This is ideal for subscribers who want to save on shipping costs, such as people who live outside the U.S. The quarterly plan costs $240.00 for four quarters.

Of the three boxes Dice Envy offers, the clear choice for best value is the Original. You get a cool set of dice plus a whimsical bonus die for a price that’s as good as or better than what you might find at other retailers. The Sampler box offers the least value on its own, and functions best as a fun add-on for the other boxes. The Basic box is aptly named, offering a basic, no-frills dice set.

If I was going to sign up to receive dice each month, I would pick the Original box. It offers the greatest potential to receive something interesting that I would be excited to show off at my next game.
Dice Envy also sells a variety of dice sets, including the types that come in their subscription boxes. You can check out their selection and peruse your subscription box choices on their website: dice-envy.myshopify.com.

This article was contributed by Annie Bulloch as part of EN World's Columnist (ENWC) program. We are always on the lookout for freelance columnists! If you have a pitch, please contact us!

I used to subscribe to this box. While I loved my metal dice, I kept receiving the exact same set for 3 months, so I cancelled. It was a great value when it was more varied. Nice review!
A

Nostalgia Ward said:
I used to subscribe to this box. While I loved my metal dice, I kept receiving the exact same set for 3 months, so I cancelled. It was a great value when it was more varied. Nice review!
Click to expand...

I'm afraid shipping costs are prohibitive if you leave across the pond. I tried selecting several European countries and shipping was around $91-94, which makes it almost a 40% surcharge on a $240 quaterly subscription. And that's before VAT, which is levied on shipping costs as well (cargo transport is a taxable service), so at an average VAT rate of 20% you will have to pay about $400 for a $240 subscription. Thanks, but I'll pass.
A

Yeesh -- $20 per month? Maybe I'm too functional :O but you could pick up whatever Sponsored Ad in Amazon's dice section and even get free shipping. Frex, for $22, you can get *metal* dice. Buy $3 more of stuff from Amazon, and, bang, free shipping.

I do want a nice set of ornately decorated or unique dice. Something that stands out.

Not sure a sub to dice it what I want though. Regardless I may find out more thanks to this.
O

Great ... another dealer for my crack dice addition.
V

The wacky 17-sider is probably the only reason I'd go for something like that.

This last GenCon, I hit up Chessex for a bunch of dice, like these white ones, but I got a bunch of different sets of poly's for pretty cheap: 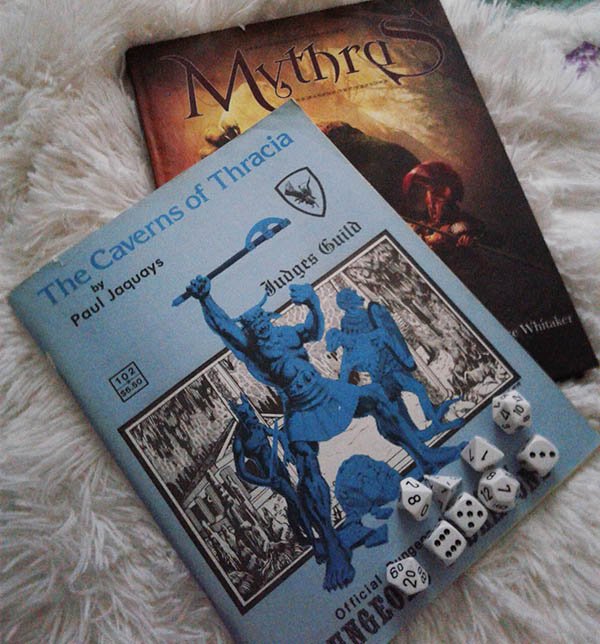