Brett Knight sits down with Cynthia Williams and talks about the future of the company with Dungeons and Dragons.


As Cynthia Williams settles into her chair atop a bearskin rug, three dragons stand watchful guard over her shoulder—each no more than a foot or so tall but no less fearsome, with plastic flames pouring from one’s mouth. The glass cases lining the room are filled with more horrible creatures, shrunken down in plastic miniature: ogres and devils and hobgoblins. Drawers pull out to reveal hundreds of polyhedral dice, with 10, 12 or 20 sides. Where a jumble of letters adorns the wall outside, the push of a button illuminates a hidden message: “Those granted entry shall be rewarded.” 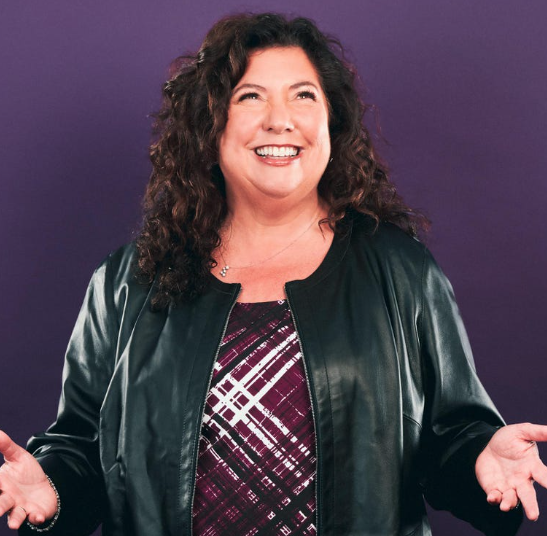 
Arpiné Kocharyan, a UBS analyst, estimates that D&D is now responsible for $100 million to $150 million in annual revenue ... around 40% of D&D players are now female ... 24% of D&D players are between 20 and 24 years old ... revenue up a reported 35% in 2020 from 2019 and more introductory D&D products sold in 2021 than when they were released in 2014 ...
They discuss the opportunity to grow via the VTT and DnDBeyond and marketing and selling digital things, about doing movies and TV, etc. Brett includes some history and quotes from the D&D historian Petersen, from Tim Kask, and the Hasbro CEO, Chris Cox.

I'm not sure how much is new in it, it does seem rather light for folks that have been reading about D&D and Wizards, but it's nice to see Cynthia Williams get some press. Here's hoping to hearing more from her.

Could Dungeons & Dragons Be The Next Harry Potter? Stranger Things Have Happened

As it nears 50 years old, the role-playing game is more popular than ever—and Hasbro is looking to cash in by moving its wizards and warriors to TV, movies, game consoles and even virtual tabletops.

He has a twitter thread that has some other bits that are cool, including a quote from Ben Riggs.

So my six figures estimate was right!

bedir than said:
So my six figures estimate was right!
Click to expand...

It was a long day

bedir than said:
It was a long day
Click to expand...

bedir than said:
It was a long day
Click to expand...

hey by your math I can brag about a lot more

The most interesting tidbit to me is the revelation that the market data WotC published in those charts a couple years back was produced by the research firm Newzoo. Good to know where they went to get actual data on the fanbase.

In terms of the brand strategy...everyone wants to do another MCU these days, and I think D&D is ideally suited to be a viable candidate in pop culture.

Not so surprising, but did we see any previous announcements on this?

Also, its (pretty) official, read it and rejoice!

"in what would equate to a sixth edition"

Parmandur said:
In terms of the brand strategy...everyone wants to do another MCU these days, and I think D&D is ideally suited to be a viable candidate in pop culture.
Click to expand...

Not so surprising, but did we see any previous announcements on this?
Click to expand...

Yup, they explicitly said that after the Beyond purchase that owning Beyond makes that possible, and they are actively selling a physical/digital bundle for Dragonlanxe.

Yeah, honestly movies and merchandising are probably more the financial future for the franchise than anything gaming related: which I maintain can be great for the game. If the financial pressure is on action figure tie-ins to the latest D&D media event, the game hobby part can move along slowly.

if I see this and suddenly have become concerned about commercialisation. Did I just turn into a grognard?

Ancalagon said:
if I see this and suddenly have become concerned about commercialisation. Did I just turn into a grognard?
Click to expand...

Yes, the whole D&D ecosystem exists to this day because people (The original WoTC management) were able to commercialise D&D.

Not so surprising, but did we see any previous announcements on this?

I purchased (preorderd) the print and digital bundle for the upcoming Dragonlance set. So yes, we heard about this previously!

EDIT: I will also point out that I don't usually purchase print products anymore (just digital). So at least in my case the bundle increased the print sales of Dragonlance!

I get the feeling this is one of those things where nobody's going to claim they were into it before it was cool.

Let's rebember D&D isn't all the eggs in only one basket. D&D is not only Forgotten Realm (althought this has been its main hook) but also other lines (Ravenloft, Spelljammer, Dragonlance, Dark Sun, Planescape, Eberron, and technically merged with Magic: the Gathering Multiverse).

And D&D as cinematic universe allows more freedom for producers, because this franchise isn't too linked with certain characters, and actors can be replaced easily if this was necessary.

I guess after Baldur's Gate III the next title will be the sequel of Planescape. I don't advice online videogames because they are a lot of rivals, but better licencing in famous titles, for example licenced skins in Fortnite.

D&D can fill the space after the saturation of superheroes.

It will be not the end of the physical books, these may be very valious for speculators to be sold to collectors in the future. Only these will be not the main income source. Don't blame Hasbro because this wants to make money to pay the bills.

If Hasbro can make money with its virtual tabletop you can guess videogame studios will try to launch their own version, and even other TTRPG franchises could be acquired by some big fish from the entertaiment industry. We shouldn't be too surprised if Microsoft, Disney or Warner acquired a 3PP or a TTRPG publisher only for the IPs.

Other point is the older generation of players are playing with their children, and then even Ravenloft or Dark Sun can be enough teen-friendly if it was necessary. This is a serious comercial advantage against other titles for a mature audence.

I have said several times in the past Hasbro might be very interested into "intercompany crossovers" within D&D, but here the challengue is the system is not ready for a right power balance to add advanced technology and firearms but being totally compatible with the previous system. Here WotC's VTT could be useful for playtesting. If this worked, then WotC's VTT could be used not only for modern and sci-fi settings, but also for collaborations as Fortnite. Let's imagine WotC's VTT for Gamma World or Star*Drive, but also with packs about licenced franchises from videogames or movies, for example G.I.Joe, Rambo, Robocop, Predator or Overwatch as "collabs" in "Gamma World VTT).

TerraDave said:
Also, its (pretty) official, read it and rejoice!

"in what would equate to a sixth edition"
Click to expand...

the entire quote is

More broadly, in August, Wizards unveiled One D&D, a three-pronged strategy that, in addition to building out the D&D Beyond platform, will see the game’s rules revamped (in what would equate to a sixth edition) for D&D’s 50th anniversary in 2024 and the development of a “digital play experience.” That will include a virtual tabletop, allowing a traditional version of the game to be played online.
Click to expand...

but that wont stop people from telling us One D&D is not a new edition.

GMforPowergamers said:
the entire quote is

but that wont stop people from telling us One D&D is not a new edition.
Click to expand...

That was the articles author not WotC, as far as I can tell.