This past Halloween I dressed in a steampunk theme, but I've also redesigned my office with steampunk decor and use steampunk props in my 5E D&D game. If you know someone who is a fan of steampunk, this list is for you.

Please Note: I'm a participant in the Amazon Services LLC Associates Program, an affiliate advertising program designed to provide a means for sites to earn advertising fees by advertising and linking to http://amazon.com. Amazon regularly posts and delists items so these may not all be in stock, and if you plan to purchase these for the holidays check delivery times as some may be shipped from overseas. Listings are in price order from lowest to highest. 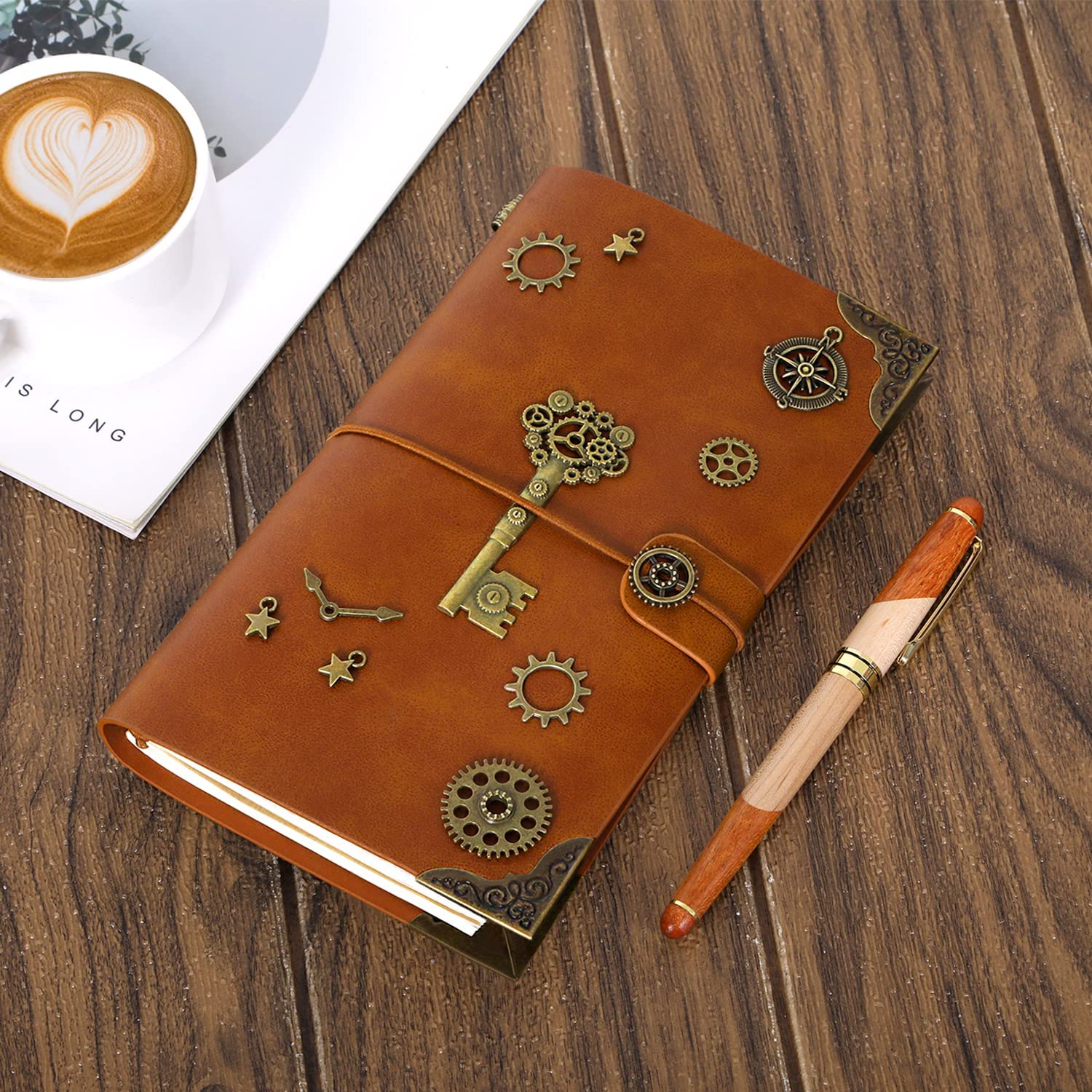 I've needed a notebook for keeping track of business cards, to-do lists, and any other notes that come to mind. I like keeping it out and handy, which means it's as much decor as it is a utility. Great for players or GMs who take notes; I ended up adding a separate set of clips to make it even more functional, but it comes with paper you can use as is. It comes with a pen that's not nearly as cool as the steampunk pen below. It didn't occur to me later that the key motif implies it's a password keeper too. 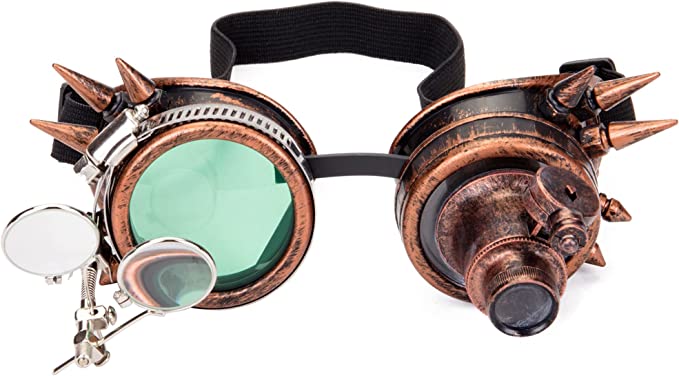 There are a lot of these goggles, some compatible with each other. I have three sets plus the set that came with the Steampunk Hat (below). There are many variants, so you'll want to be careful which ones you buy, as you can see out of some but not others. I ended up using the set with mesh (which you can see out of) to role-play a steampunk robot host, and put the steampunk light (which totally obscures your vision in one eye) on the Hat. The little light actually works, which is surprisingly useful on Halloween. There's also a more traditional style set of motorcycle goggles that I use for a different NPC (you can actually see out of these goggles). 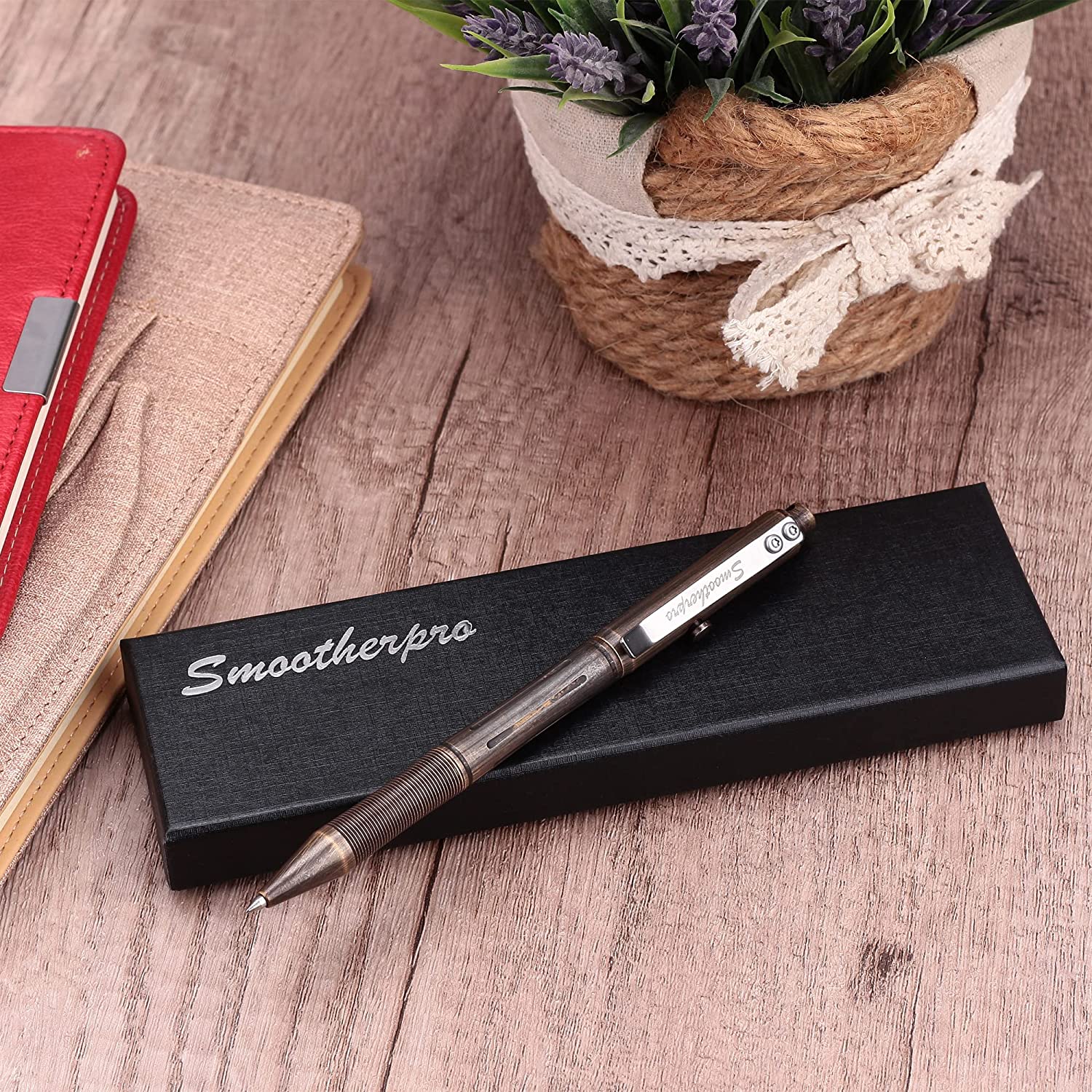 Steampunk pens come in all shapes and sizes and are rarely labeled as being steampunk. But a bronze bolt-action pen definitely fits the bill. Pairs nicely with the steampunk notebook, and great for the GM or player who takes notes during tabletop sessions. 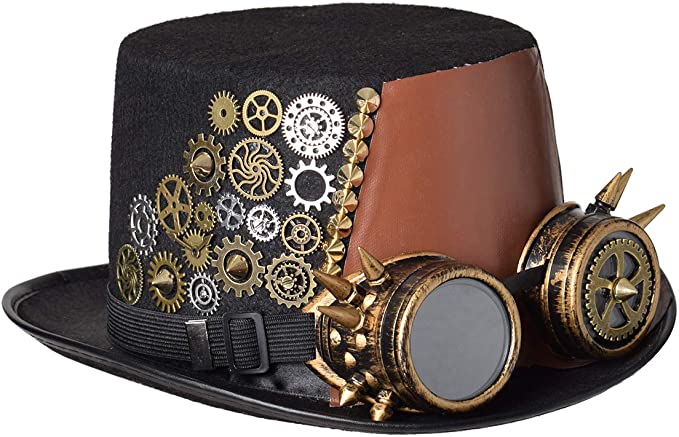 This hat comes with steampunk goggles that detach and you can wear. The hat itself has glued on steampunk-style parts. The one I have looks different from this picture (it's a little more understated). There are a wide variety of goggles and they're all compatible with each other, so you can unscrew the lenses and mix and match as needed. I got yellow lenses, with one clear and one with a mesh. You can actually wear these goggles and see out of them, which I can't say for all of the lenses. There's also a fun clip-on set of two magnifying lenses that look cool but don't do much except fall off the goggles. I wear this hat when I role-play one of the steampunk gnomes in my campaign. 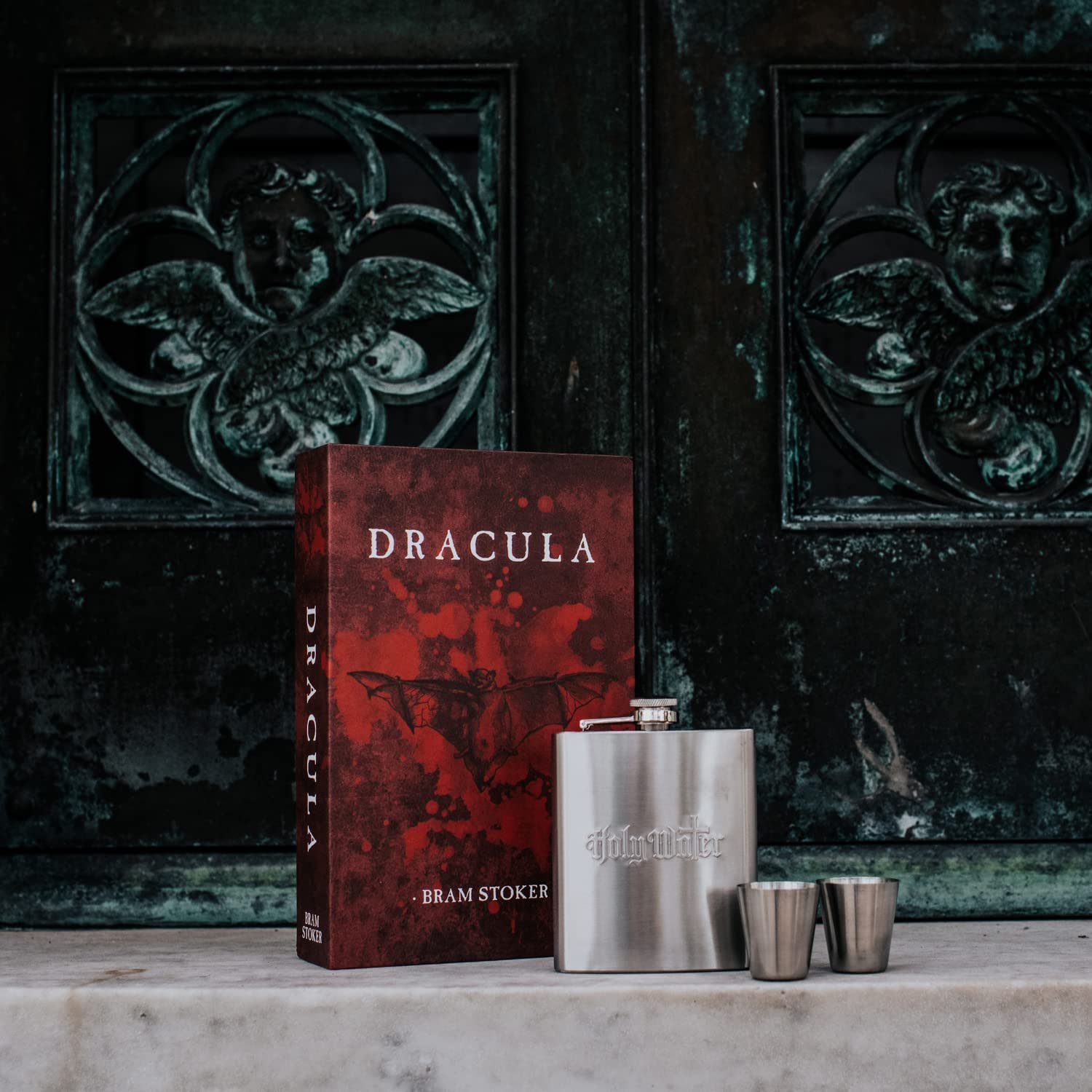 Now that the official Stokerverse role-playing game Kickstarter has launched, this seems like a good time to mention this handsome book safe. It looks like it's about Dracula but it's actually a safe, and come with a flask and two cups. The flask is clearly labeled holy water. Depending on whom you buy it for, it might be. It's a fun prop and great gift to celebrate the end of a campaign. 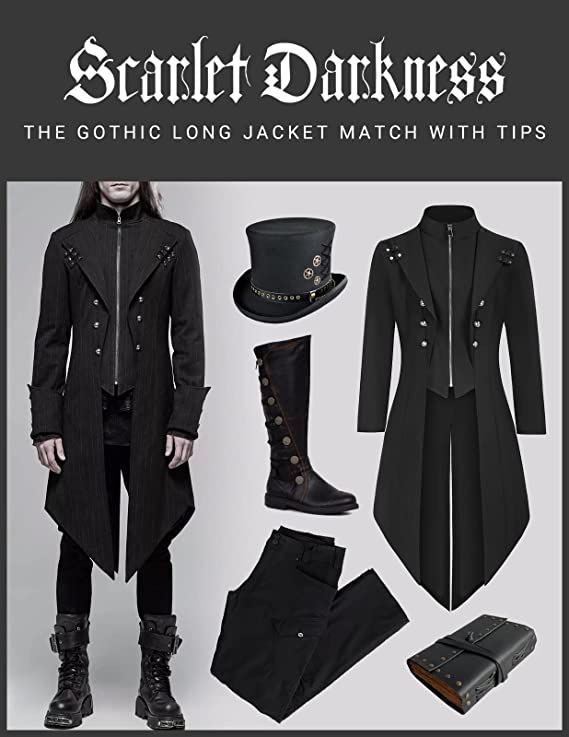 What makes a coat steampunk? Extra buttons of course. The design works well for a steampunk mad scientist (if in black) or a vampire (if red). I wore it as a Halloween costume and it's surprisingly well-made and as comfortable as a suit jacket, comfortable enough to easily wear it while sitting at a table to game. 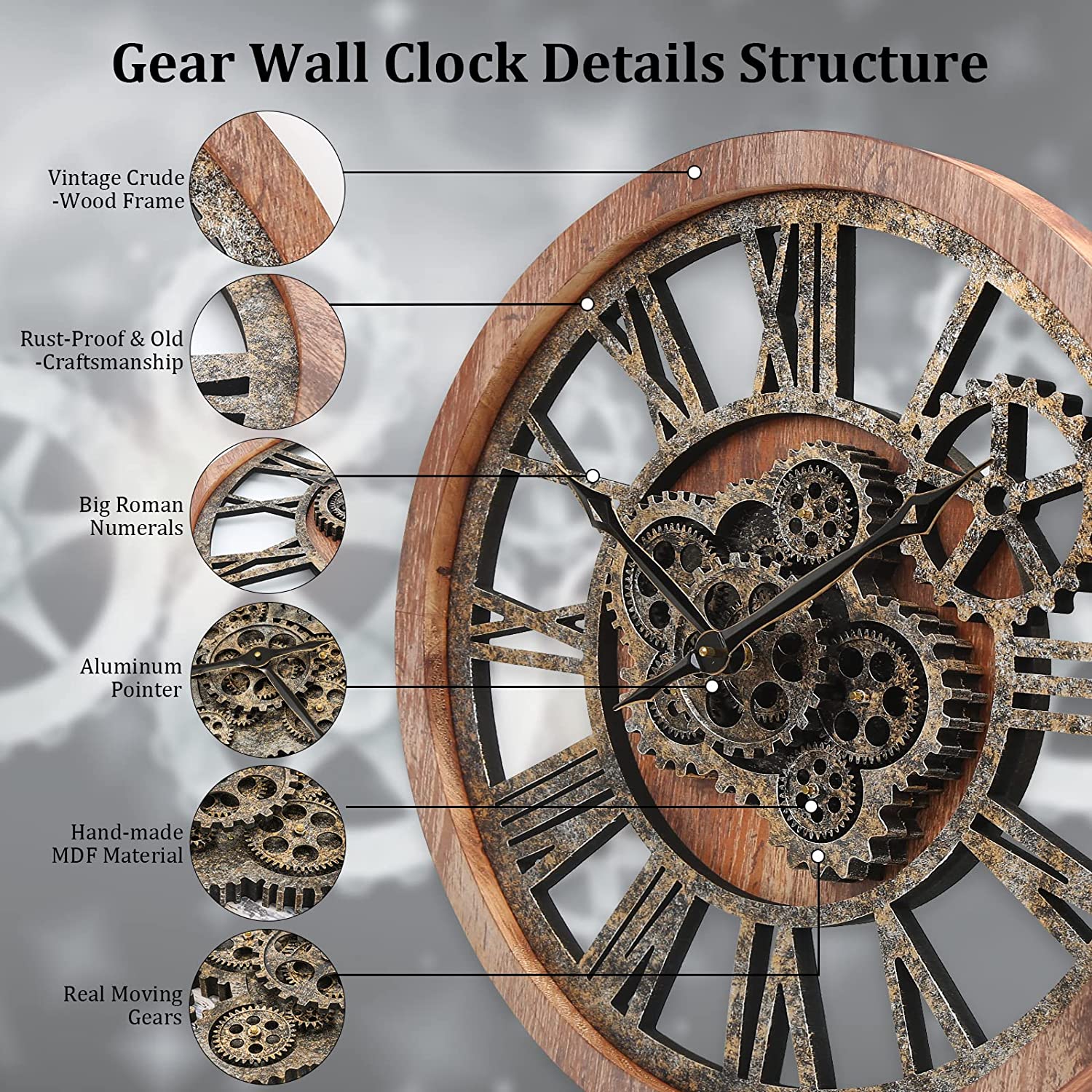 Sometimes you have to look for steampunk in places where it might not be obvious. Steampunk decor is often listed as "rustic" or "farmhouse." This clock is decidedly steampunk though, with completely unnecessary bronze gears that run independently of the clock itself. It's big and bold and is a beautiful centerpiece to any steampunk-themed game room or office. One point of note is that while the clock itself is silent, the gears are not!
Click to expand...