Adventures set on the corpses of dead gods, that’s a concept that is going to speak to certain gaming tables. When a creator offers a conceptually intriguing idea for an adventure anthology, offering it for 5e and Pathfinder 2e, it’s worth discussing. Fortunately, Matthew J. Hanson of Sneak Attack Press agreed to talk about his Kickstarter, Graveyard of the Gods. 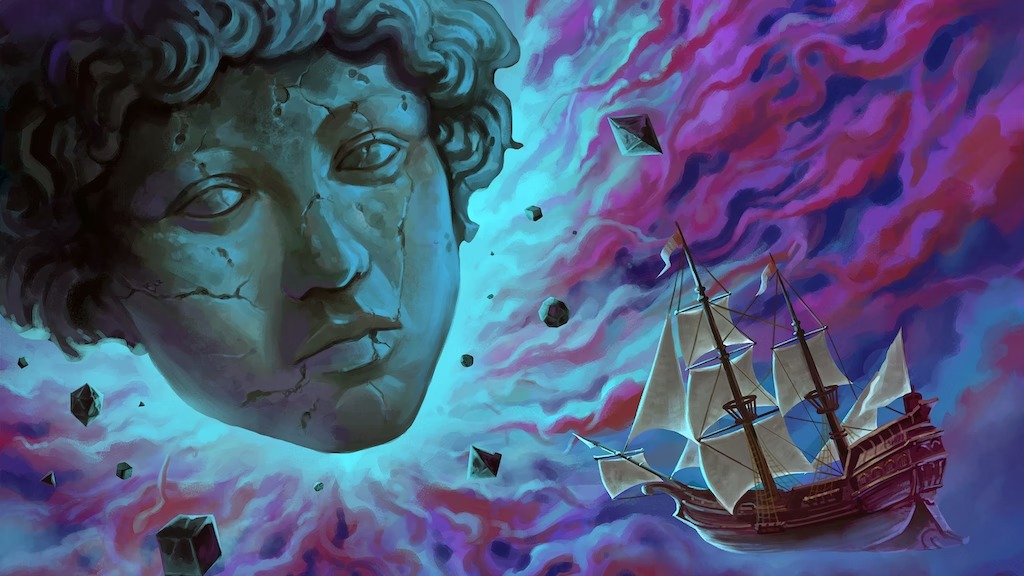 EGG EMBRY (EGG): Thanks for talking with me about this. The adventures for your Kickstarter, Graveyard of the Gods, are set on the corpses of dead gods. What can you share about the project, the in-game history, and location?
MATTHEW J. HANSON (MATTHEW): The gods are all on the astral plane, and the meta-story of it is that there's a higher concentration of god-corpses somewhere on the plane called the “Graveyard of the Gods,” which is where the title comes from. The history depends on the god. Some of the gods are known to the characters, but some [are] so long dead that nobody knows who they are. The portfolio of the god has an impact on most adventures: there's a massive library on the god of knowledge for example. The way the god died is often unknown or affects the adventure in minor ways. For instance we don't know who killed a god of war, but we know he was ripped in two, because his corpse is two “islands” connected by his petrified entrails.

EGG: How many god corpses are there to loot?
MATTHEW: There's six to start with, plus the possibility of more from stretch goals. There's dead gods of knowledge, war, lost things, storms, a primal god from before intelligent creatures, and a god of unknown origin.

EGG: It’s an anthology. Who is working on this?
MATTHEW: I'm writing one adventure myself, plus there are two by William Fischer who I worked with before on the Runewild Campaign Setting and game with in person. He's also done a lot of editing for the Level Up books for EN Publishing. I got a hold of Eran Aviram whose work I knew about from Crystal Hearts. Then I discovered several new-to-me authors through an open call, including Jay Africa who's done a lot of DM's Guild adventures, Tristan Fishel who's worked for Elven Tower, Tyler Omichinski who's worked on Mophedius’ Conan books, and Arthur Seixas De Martino whose work includes Intergalactic Lucha Libre League.

EGG: Can players expect new gaming content such as classes, spells, magic items, monsters, etc?
MATTHEW: Each adventure includes new magic items and new monsters. Things like a drink brewed from the blood of a dead god and once humanoid creatures mutated by learning things mortals were not meant to know. The numbers are a little bit in flux as we revise some of these adventures, but I think we've got a couple dozen of both magic items and monsters. The book is pretty much exclusively for GMs though, so we don't have any player options like classes or spells.

EGG: Why create this for both 5e and PF2e?
MATTHEW: Because they're the two biggest systems out there and we want to share these with as many people as possible. I'm a big believer in the idea that playing and designing for multiple systems makes you a better player and a better designer. I also do a lot of stuff for Savage Worlds and considered doing that for Graveyard of the Gods, but there's a lot of assumptions that come with 5e and Pathfinder that aren't automatic in Savage Worlds, like the existence of the astral plane. I decided there would be too much of that for this book so ended up focusing on the other two. 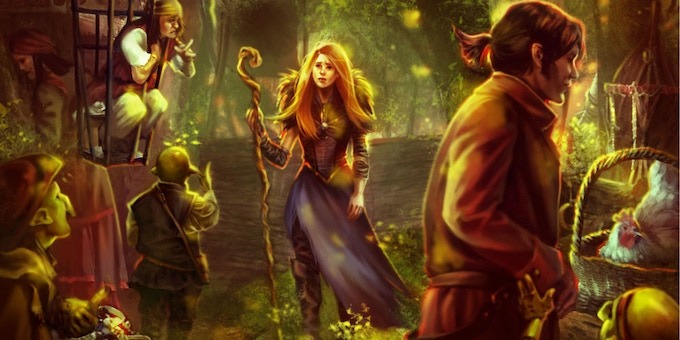 EGG: With the internet discussing the elements of One D&D that feel less Fifth Edition and more Pathfinder 2e, I’m curious about your take. As someone that is working on both “inspirational” systems at the same time, what is your take on any combining of the two systems?
MATTHEW: Alright, since you've asked I'm going to go off on some tangents here. Let me first say that I am pro-playing RPGs in any form, and anti-edition wars or system-wars. Play what you enjoy. Let others play what they enjoy. I'll also think that game design as a whole gets better when you borrow ideas for other games. I designed a game called Magical Kitties Save the Day, and pretty liberally took ideas from both Fate and Powered by the Apocalypse. I have no shame about that. That being said, I think some of the claims you refer to are exaggerated. For instance, I see people say that one thing One D&D took from Pathfinder is ability scores increases (ASIs) from backgrounds. Yes, Pathfinder characters get ASIs from backgrounds, but not instead of race/ancestry like One D&D seems to be doing. Pathfinder gets a boost from ancestry and background and class plus some that you assign how you want. And that's the entirety of how you generate your stats. There's no rolling or point-buy. We haven't gotten the full picture of One D&D yet, but from the looks of it, rolling is still the default with a point buy option. The only difference is ASIs have shifted to background instead of race, so the new D&D is much more similar to existing 5e D&D than it is to Pathfinder 2e.

EGG: Fair considerations, for sure. Beyond Graveyard of the Gods, what else are you working on?
MATTHEW: One of my current favorite projects is This and That. It's a series of short PDFs that are each themed around a mundane object like keys, ropes, or books. With each we give you a lot of material on those themes, including real-world history, magic items, monsters, and more. I'm currently working on one called Hourglass and Sundial which is all about telling time and aiming for a late September release.

EGG: Thanks for talking with me. Where can fans learn more about This and That?
MATTHEW: We have a Patreon page for the series. The public can get an idea of status updates, and patrons get more perks like voting on the theme of the next book and other behind-the-scenes perks. 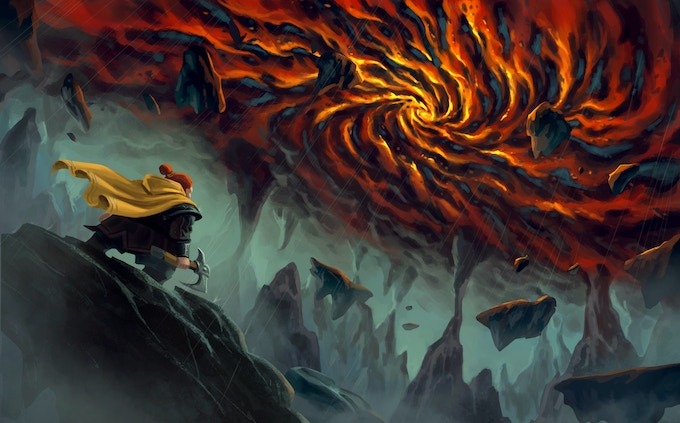 Backed. Admittedly, I know Matthew, but given the quality of Runewild, I'd have backed even not knowing him.

Publisher
It was great talking to you!

Any influence of the old 2e Planescape mod Dead Gods?

The "This and That" series is awesome!

Thank you for the interview - this had made me more interested in this project.

By the image dead gods in general from Planescape, though we really draw from the mod in particular.

Dire Bare said:
The "This and That" series is awesome!
Click to expand...

Thanks! We think so too!

Backed. Was a backer of previous projects, but this had slid by unnoticed.

Quantum Rooster said:
Backed. Was a backer of previous projects, but this had slid by unnoticed.
Click to expand...

One if by land, two if by sea, three if by air: An Interview with the Creators