Gritty Starfinder-compatible horror sci-fi setting Grimmerspace, which features writing by Sean "Sam Gangee" Astin, has launched on Kickstarter. It's a setting where advanced scientific civilisations encounter magic for the first time, and it doesn't go well. 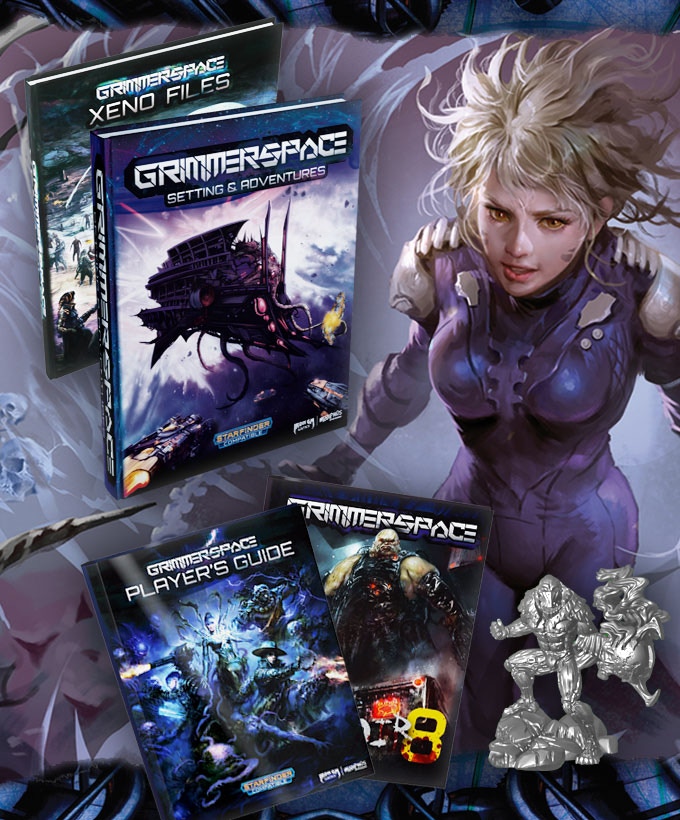 If you enjoyed The Styes, an adventure in WotC's latest adventure book for D&D, Ghosts of Saltmarsh, you'll be interested to know that Richard Pett, it's original author, wrote a free Grimmerspace adventure called Abattoir 8 which you can download now. Also involved are Rone Barton and Razor Coast's Lou Agresta.

Check out the Kickstarter here. For $30 you get the PDFs, and for $40 you get the core game in print. Higher pledge levels even include the Starfinder Beginner Box from Paizo.
Click to expand...

Thank you for all the interest in and support for Grimmerspace!

I'm one of the creators, so if there's anything you'd like to know please feel free to ask me anything!

Something I would like to ask to creators is a dangerous cliché in the modern speculative fiction, and it the religious institutions like the adeptus ministorum or the ecclesiarchy from Warhammer 40.00, a group of zealots who want to destroy all they can't understand, or like the cyberpapacy from the rpg TORG Eternity (and why not a cybercaliphate?), the Brotherhood from Mutant Chronicles, the anti-mutant Church of Humanity and Purifiers (from X-Men comics), Project on Eden's Gate (Far Cry 5) or the knights of Byzantium from Buffy the vampire slayer ( = the crusaders who wanted to kill Dawn, Buffy's sister), or the Pope Alejo I from the Spanish comic strip "Fanhunter" . In the real life there are more fans who don't want more like the republic of Gilead (the handmaid's tale). In the speculative fiction cult of zealots can appear like antagonists, but they shouldn't to look too similar to certains real religions.

I don't think that's a question, that is a request.

Here is a question Mr Barton:

I didn't see a whole lot of information about the additional books ('Xeno Files' and 'Settings and Adventures') on the Kickstarter page (or maybe I'm just blind). Anyway, could you tell us a bit more about them? Are the Xeno Files basically just a Monster Manual? Will the 'Settings and Adventures' book also contain rules for various sci-fi environments (similar to D&D books like Frost Burn and Sandstorm?).

Kickstarter pledges have petered out. The excitement is fading, sadly.