I like to speculate and to imagine the future of the D&D franchise, for example to guess the look of the Heroes of the Dragonlance if were a Disney production. 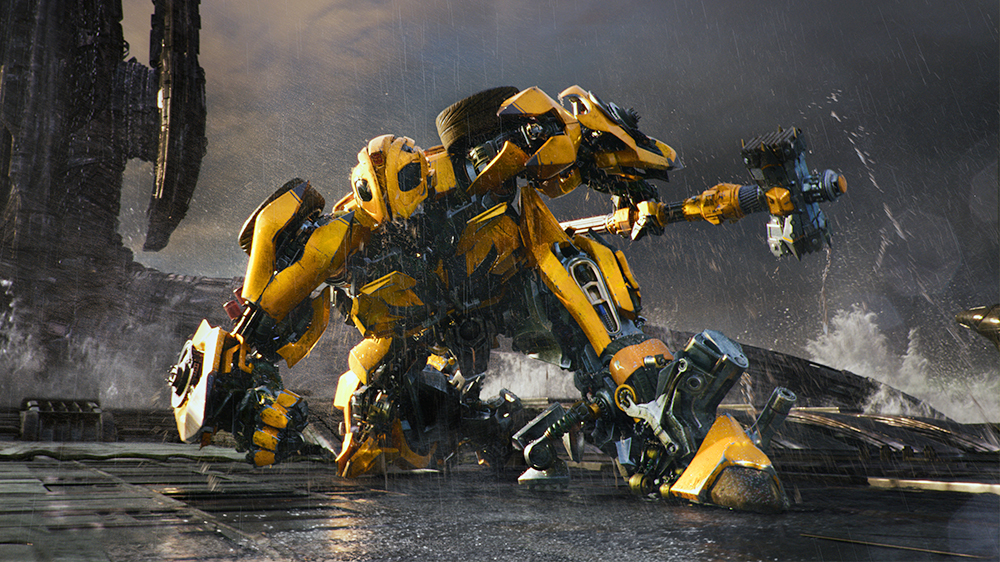 Paramount Pictures and Hasbro and teaming up to make live-action and animated films based on the toymaker’s products, as well as original stories. The movies will be developed by Hasbro&#8217…

What will happen when the deal Hasbro-Paramount ends? I guess both will continue working together in some projects linked with the "Hasbroverse", but maybe Hasbro would want to work with another company for titles linked with some D&D world. We have to remember the blockbuster Marvel cinematic universte started thanks Paramount, before Marvel to be bought by Disney.

Hasbro could buy more companies, but we will can't know. These matters are secret to avoid speculations in the stock market. Hasbro could buy Mattel but they didn't agree. Maybe it could be possible in the future.

I remember when Mattel created the new line of dolls "Ever After High" about the children of the fairy tales characters Disney didn't like because it thought they could be rival for its franchises of Disney princesses. Disney and Mattel "broke" and Hasbro could to sell toys of Disney franchises, for example Descendents, the movies (now trilogy) about the children of Disney heroes and villains. I wonder about Hasbro don't dare to repeat the same mistake, and not creating new IPs as potential rivals of Disney franchises (marvel, star wars...).

Pixar's Onwarld is practically a continous wink to D&D fandom. Something like the hidden message: "We could produce the ultimate D&D movie". And we can't forget D&D is popular now thanks "Stranger Things".

Of course Paramount, Disney, Warner and Netflix can produce their own medieval fantasy titles, not only thanks D&D popularity but more by the boom of Game of Thrones and the Witcher.

My theory is the plans for D&D is making more money with media productions and videogames than the classic TTRPGs.

Hasbro's Enternaiment-One could produce horror-movies set in Ravenloft, the demiplane of the dread, but maybe the scripets could ask some retcons of the setting, for example to allow zones with XX or XXI technology, for example an underground secret laboratory.

My doubts are about if Paramount will keep the exclusive rights for the D&D adaptated or theses could be distributed into different companies, for example one with FR, other with Greyhawk and other with Mystara.

Hasbro also has got contacts with different Asian companies. I guess WotC will ask advice if it wants to publishes new settings inspired in the different cultures. But this could cause some conflict because Chinese, Koreans and Japaneses have got different points of view about themself and their neighbours.

Other hypothesis is if Hasbro notice crossovers with D&D can make money, then to add some changes in the lore to allow canon adventures, for example Ash Willians (Evil Dead) suffering his own weekend in the hell (Ravenloft), or famous Capcom characters visiting a time sphere (parallel world) of Mystara. Would you allow those crossovers as canon?

If they want to go for a TV show, then something like Sigil might be a better idea. The Stargate franchise has shown just how successful and long-running a series with a gateway to other 'realms' can be, when done properly.

And there are already many relatively successful indie web series loosely based on D&D/pathfinder. Zombie Orpheus Entertainment has "The Gamers" series of movies and "JourneyQuest", to name two. There are three seasons of the Canadian web series "Standard Action" that the creater (Joanna Gaskell) specifically based on the classes that got no love, when D&D 4e first came out. Another Canadian web series, "One Hit Die", has done several seasons. For broadcast/cable The CW has the series "The Outpost", by indie production company Arrowstorm Entertainment.

Anyone doing a D&D based series would be better off asking those who have done it right how to do it, rather than producing the sort of crap that has gone before.

Ryujin said:
If they want to go for a TV show, then something like Sigil might be a better idea. The Stargate franchise has shown just how successful and long-running a series with a gateway to other 'realms' can be, when done properly.
Click to expand...


I suspect "properly" likely includes "have a base realm the viewers already understand". Stargate started with something like the world you and I live with as a basis. Part of the point of a many-worlds show is to contrast those worlds, but you can't do that effectively if the audience doesn't have a firm grounding in one.

D&D... isn't that. Maybe you could have a franchise graduate to that, after fully establishing the FR, Greyhawk, or whatever "standard" world they start with.

Thanks for your answer and participation.

We have to remember the resurrection of the famour Transformers franchise wasn't only thanks Michael Bay production but the first movie wasn't for the loyal fandom but for people who knew nothing about lore, and for them it was like a modern version of "the war of the worlds".

I have readen in TV Tropes Disney has got the rights about the famous 80's cartoon show (Uni, Venger, the children..). I wonder about an agremeent between Disney and Hasbro to produce that "last episode"...(the voice actors played the script) but if Paramount has got still the exclusive rights.

Other question is about if there is some agremeent between Paramount and Disney for movies in Hulu.... why not any intercompany crossover?

The "orc & elves" fantasy is very popular now, but WotC should be ready if the buble burst, if the saturation of titles causes an abudance and it becomes "old fashion". People want something enough exotic but not too strange. I guess WotC is just working in the playtesting of a new d20 Modern, d20 Future and even a d20 Superheroes.

* Thanks "Game of Thrones" the fantasy is respected, and many doors for other titles have been opened, but this also means more rivals for D&D brand, for example from videogame industry.

* A "Warcraft" TTRPG by WotC wouldn't be impossible if Hasbro has got relationship with Blizzard. A d20 Overwatch and d20 Fortnite: Save the World could be possible in a future.

Umbran said:
I suspect "properly" likely includes "have a base realm the viewers already understand". Stargate started with something like the world you and I live with as a basis. Part of the point of a many-worlds show is to contrast those worlds, but you can't do that effectively if the audience doesn't have a firm grounding in one.

D&D... isn't that. Maybe you could have a franchise graduate to that, after fully establishing the FR, Greyhawk, or whatever "standard" world they start with.
Click to expand...


One example that I could see working is moving from a normal, Earth medieval world to Sigil, then on to others. Possibly even from our modern world, in the same fashion.

Or, as you said, normalize one of the fantasy settings first. Take a 10 episode season to set it up, with little hints as to the 'nature of reality.'

Sigil is very exotic, but not too much for the fandom used to Star Wars and Tolkien. In my opinion the old but famous lines of D&D will come back, but they are not the priority now. We have to remember the last fiction D&D titles are only Forgotten Realms in the last years.

I guess the line "d20 modern" will be based in the experience of the future videogame developing by Archetype Entertainment. They have to learn a lot of things about the power balance when firearms and modern tech are added to the d20 system.

The most of movies or videogames studios don't want to work with licences, but if they are very famous, but to create their own IPs to allow total controll. Paramount Pictures wants to produce more blockbusters, but it notices later the original owner of the brand could change her opinion and starts to work with a rival company.

D&D isn't yet one of the best cash-cows by Hasbro.

LuisCarlos17f said:
D&D isn't yet one of the best cash-cows by Hasbro.
Click to expand...


It's a good thing you quantified that with yet since D&D was named checked in the FQ2020 earnings presentation:

There are all kinds of business issues I can't even begin to guess at. That said they own a huge number of properties they could cross with D&D if they felt like it. I want to see Megatron enter the Forgotten Realms and start trying to siphon off magical energy to make Energon.

If there is a movie made by then I'll chug a can of Baltika 9 out of a shoe, film or photograph it and post here.


That's not exactly the movie production's fault, though.

I think Hasbro will be saving money for a time, but when the years of fat cows arrive, I mean, the good years in economy, Hasbro will buy more littler companies (maybe Asmodee?) and some IP.

And after? I guess both will be working together, but without exclusive rights, and then Hasbro could lincence some sublines to other companies, maybe Disney, or for example a videogame by Capcom set in Mystara.

If Hasbro wants to produce horror movies set in Ravenloft, maybe the lore could suffer a reboot to allow other options, for example the dark powers could cause troubles in other worlds with higher level of technology, or even demiplanes based in some famous franchise.

Thans for your participation.

Umbran said:
That's not exactly the movie production's fault, though.
Click to expand...


Nope but that movie deal is gonna run out before any movie sees the light of day.

The movie was always a hail mary though and with it's probable budget vs special effects required probably hot garbage anyway.