Publisher
It's that time again for another preview. This time the legendary King Arthur himself. 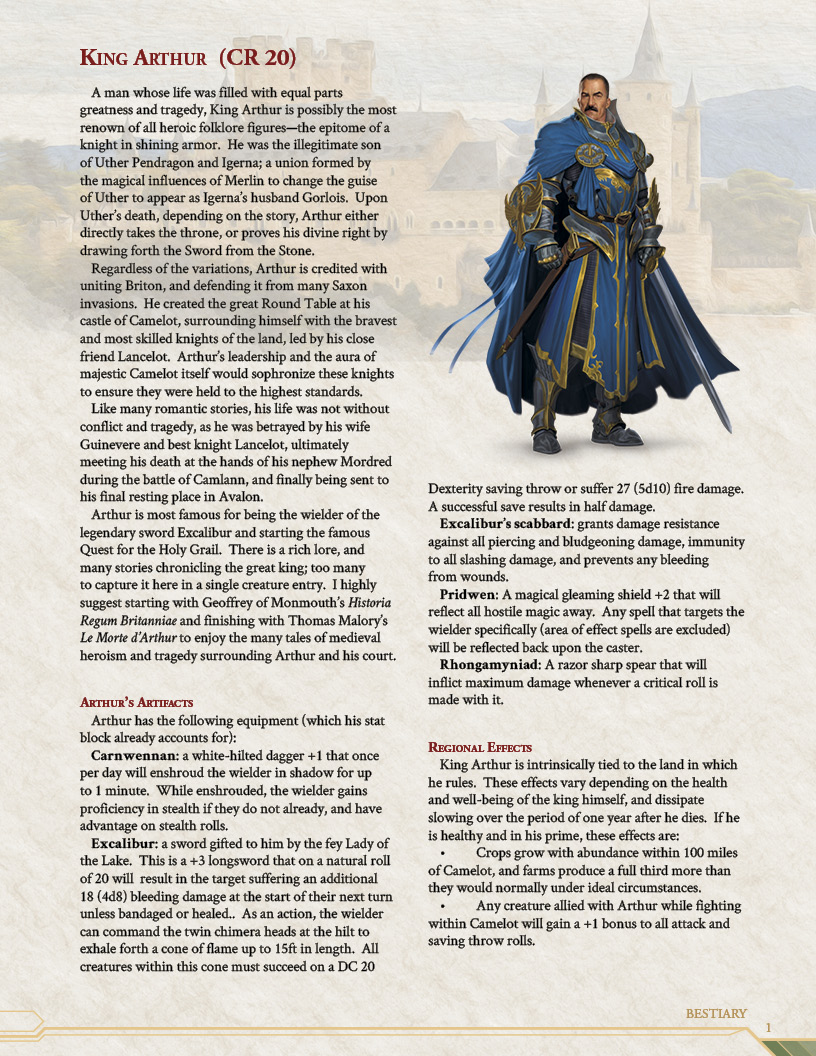 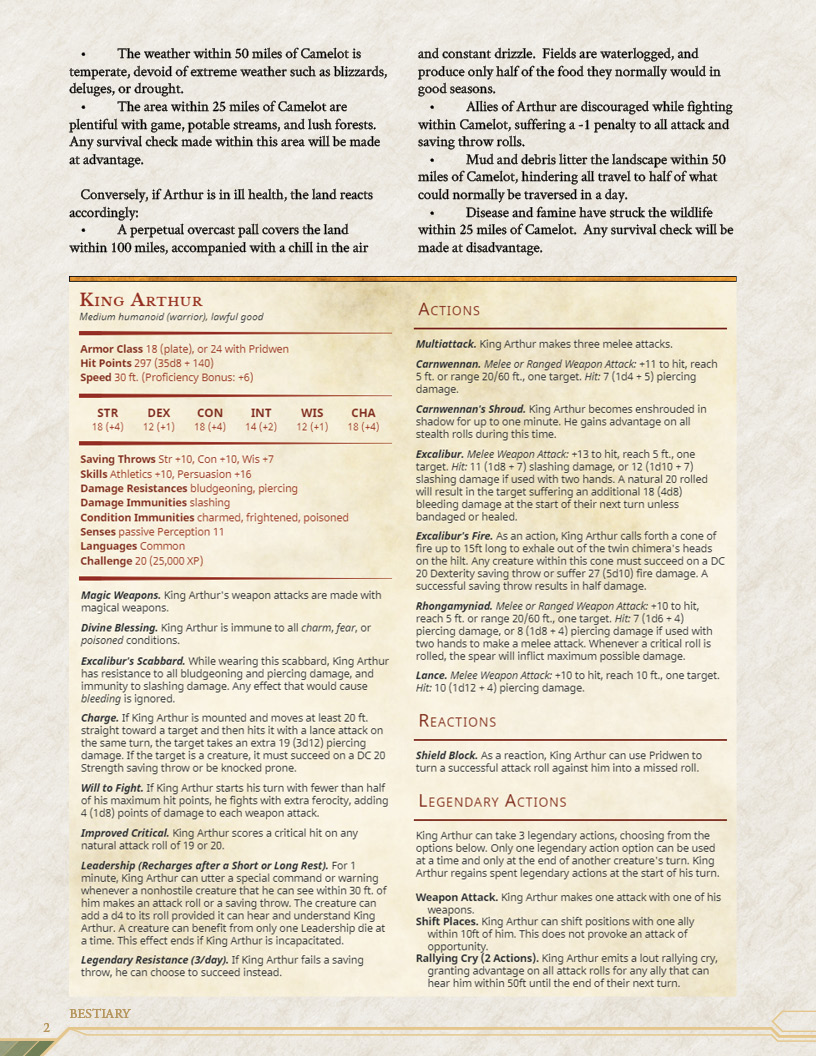 His Mythic Trait allows him to turn into Tom Selleck for the second half of the boss fight.

BEAT ME TO IT!! Arthur is Magnum!

Love how the regional effects are essentially "The Secret of the Grail": The land and the king are one!

Jmarso said:
Love how the regional effects are essentially "The Secret of the Grail": The land and the king are one!
Click to expand...

Classic Celtic Myth eh it is why I think when Nuada lost his hand he lost his kingship, they did not want it reflected back on the country

No, that would be a typo. Doh!

Publisher
Today is Gawain. You're probably immediately drawn to the image of him.

One of the goals was to keep the personalities as close to historical lore as possible, and as such I find out interesting things all the time. For example, roughly 100 years before the time of Arthur (500 AD), the Romans left Britain, but left behind over 1000 slaves of African descent. The Britons referred to them as Romans, no differently than a Roman soldier. Considering the total population Britain at this time, it is entirely likely that not every personality or knight was white, but it's entirely plausible, if not probable, that at least one of the key personalities was a person of color. 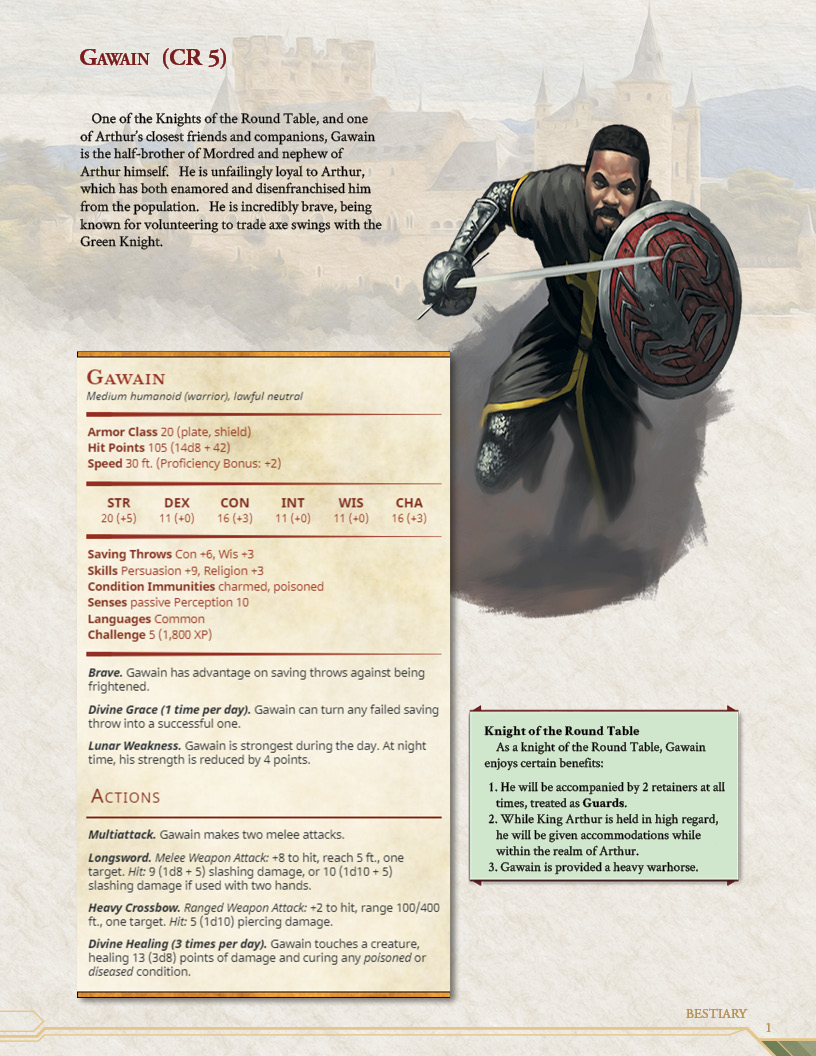 Publisher
So apparently when I posted this in the D&D FB group, some people lost their marbles and I had to lock down comments (the worst comments have been deleted). Some people got their underwear in knots over the idea that any of the Knights could have been a PoC and how that could never be possible, and by making it so, I was just virtue signaling to the woke mob.

So for clarification. I did so some research into the stories, but I am no Arthurian scholar. So to anyone who might have gotten upset about a black knight of the Round Table, I shall give credit to Luca Alexander and Andy Staples for being so kind to point out:


Therefore, by portraying Gawain as a PoC, I am not only not virtue signaling, I am reflecting a plausible (or even probable) reflection of who he could have been, which is the entire point of this project it's part of (to represent folklore and mythology close to original sources rather than how we depict them in modern media).

So...to anyone who still gets upset about seeing a knight of the Round Table as a PoC, I ask you to check yourself as to why. Because all evidence seems to prove your assumptions how "this could never happen, you're just pandering" incorrect.

There you go. And knowing is half the battle.

Sacrosanct said:
It's that time again for another preview. This time the legendary King Arthur himself.


Who did the art for King Arthur?

Marc Radle said:
Who did the art for King Arthur?
Click to expand...

Forrest Imel. Same person who I used for Merlin: 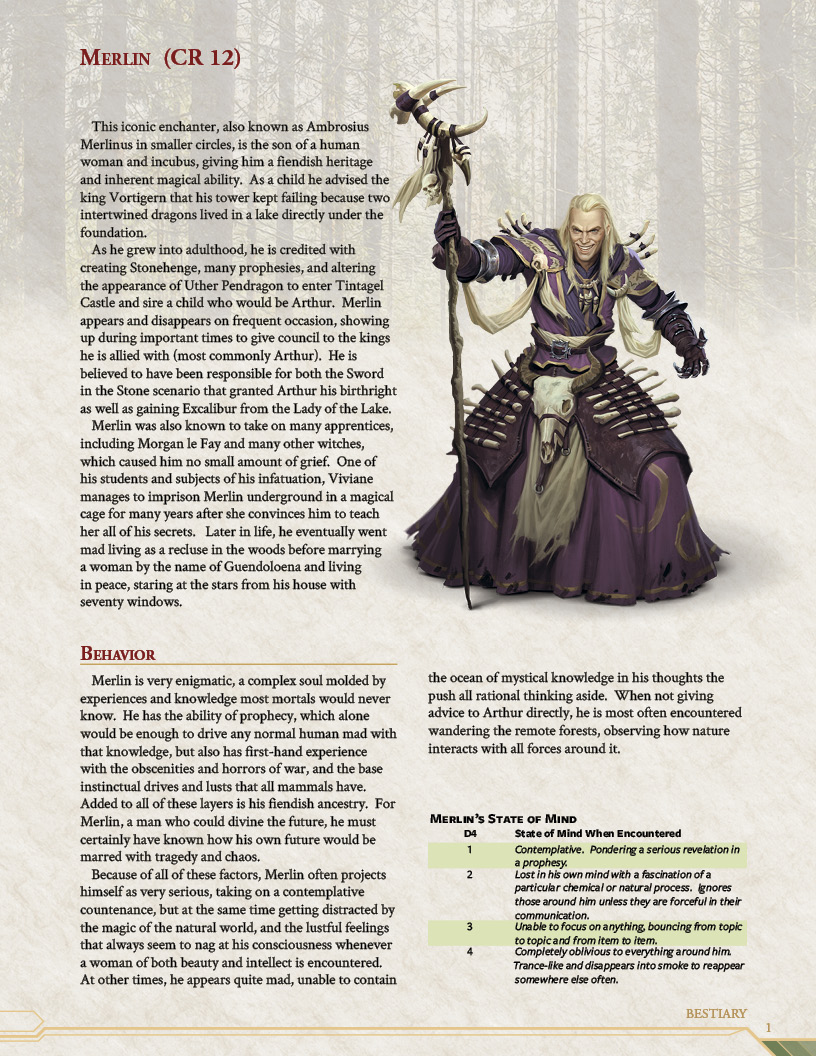 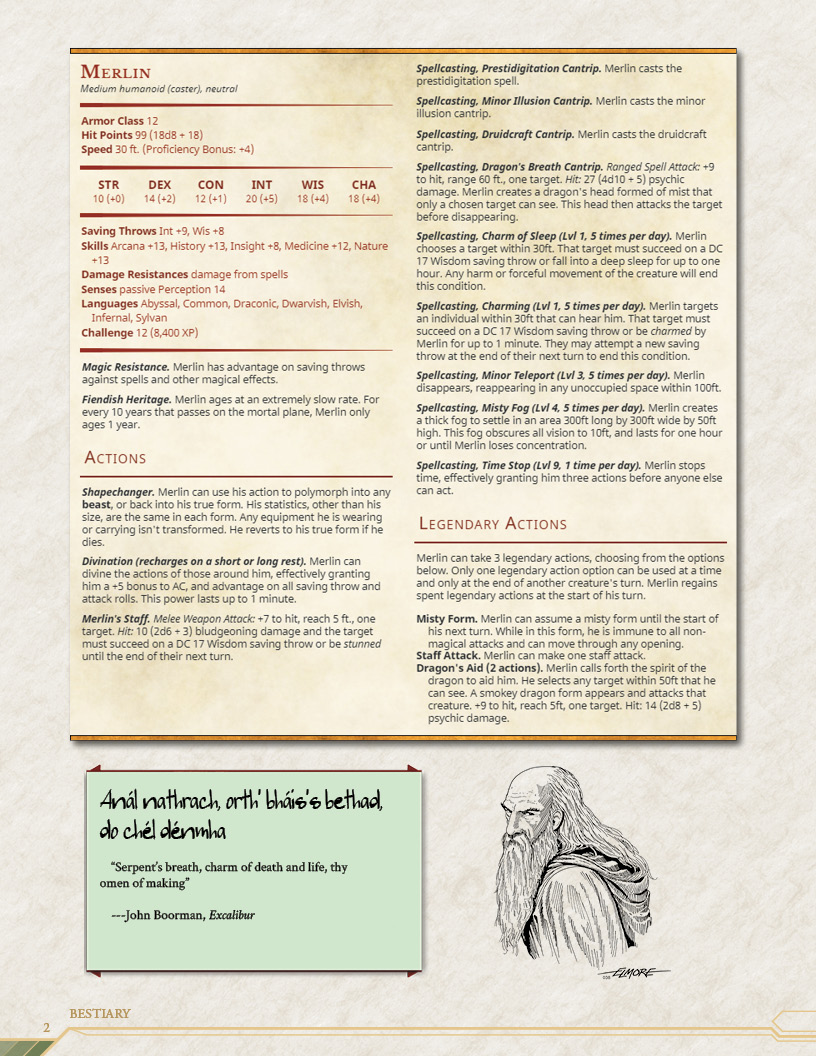 Then, in keeping with the spirit of diversity, let's see a white, female Sagramore and asian, transgender Palamedes. If you want to be a bold script-flipper, don't do it half-assed.
Last edited: Oct 29, 2021

Jmarso said:
Then, in keeping with the spirit of diversity, let's see a white, female Sagramore and asian, transgender Palamedes. If you want to be a bold script-flipper, don't do it half-assed.
Click to expand...

Really? That's what you've got? Please don't post in this thread again.

Let me try to explain not just for you, but for anyone who is reading, the flaw in your argument.

We know the ethnicity of Palamedes and Sagramore because it is explicitly told to us. We do not know for certain that of Gawain because of the reasons I laid out.

That is, changing Palamedes and Sagramore from what we know they were is NOT the same as changing Gawain from something we only guessed he was. That's the difference. It is entirely possible that some of the knights, even Arthur himself, were PoC based on what we know of the population demographic at the time, but they have always been portrayed as white. I simply took one of them and portrayed them as someone they COULD HAVE been in real life but have never been presented as such.

Publisher
Additionally, even if everything I mentioned above wasn't true, there is no rule that says in order to be inclusive, you have to change everyone into someone they weren't originally. That's pretty disingenuous.

Sacrosanct said:
We know the ethnicity of Palamedes and Sagramore because it is explicitly told to us.
Click to expand...

Really? In which true-to-life historical document, like, say, the Anglo-Saxon Chronicle? Because you and I both know that no such reference exists, because these characters are ALL mythological, or at the very most composites of people who may or may not have lived. So you can't honestly make a claim like that for any one Arthurian character and not others. I've read just about every version of Arthurian myth that's around to include Le Morte D'Arthur, Mary Stewart, Bernard Cornwell, Jack Whyte, Gillian Bradshaw, T.H. White, and the list goes on. In the versions where Sagramore appears at all, his ethnicity is only sometimes mentioned.

So if you want to change a mythological character's ethnicity, that's fine. Do it, but be honest about why you are doing it (pandering, and you won't convince me otherwise) and quit trying to justify it by some vague historical reference. Gawain, Gwalchmai, Gwlachaved, or by any other play on the name, if he ever existed at all, was in all likelihood a Welsh Briton.