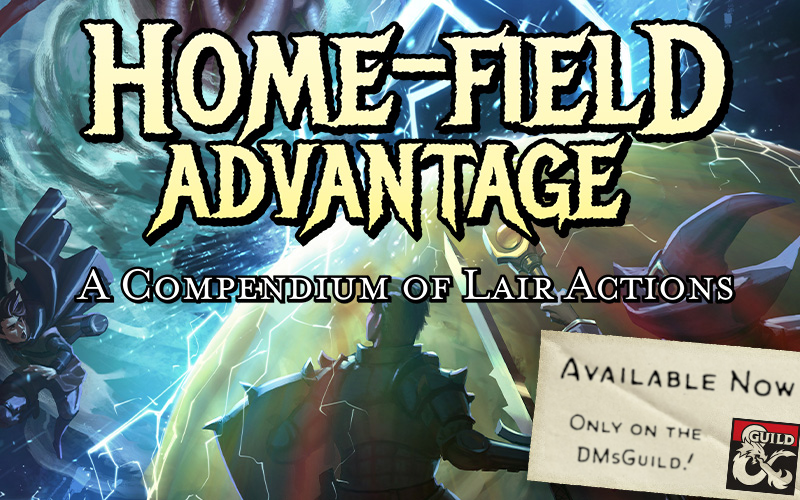 ​
Do you think Lair Actions are a cool, albeit under-utilized mechanic in D&D 5e? Well, I thought so too, so I did what any sensible person would... I put together a team of small, independant game designers, and we worked for 8 months.


Home-Field Advantage is an extensive compendium of lair actions, featuring 250 new and unique lairs covering over 320 of your favorite creatures from the 5e Monster Manual, Mordenkainen's Tome of Foes, and Volo's Guide to Monsters.​

There’s nothing like entering the lair of a boss monster who's been built up as an antagonist for several sessions. Lair actions are the tool D&D 5th Edition provides you, the Dungeon Master, to make sure that this battle lives up to the hype and anticipation.
D&D truly shines when a boss battle is not just a slugfest, but involves the environment and unique obstacles for the player characters to overcome in creative ways. Our goal with Home-Field Advantage is to produce the kind of fun experience your players will still be talking about for years to come.


Run lair actions at every tier of play. Until now, Lair Actions were treated as something only legendary creatures, usually in the 3rd and 4th tier of play, should have. But in practice, adventurers tend to fight bosses in their lair at every tier of play, and most campaigns end before reaching this legendary stage. With over 170 lairs for the first two tiers of play (almost 70% of the book), Home-Field Advantage puts the spotlight on the parts of the game people love and experience the most, making them shine even brighter than before.

Breathe new life into old favorites. There are creatures without whom D&D wouldn't be what it is: mages, hags, genies, mind flayers, vampires, or even the mighty Tarrasque. You've probably used at least a couple of them in every single one of your campaigns, and you know their stat blocks like the back of your hand. With Home-Field Advantage, you'll find an excuse to bring back some of those fond memories, and make them fresh (and deadly) all over again.

With Mordenkainen's Monsters of the Multiverse just around the corner, you can both update the monsters' stat blocks, and then give them lair action, which should really breathe some new life into this 8 years old game of ours.

I tried to give the team a good amount of creative leeway, so they got to explore this design space pretty thoroughly! Here's a couple examples of interesting concepts from this book:

What people say about Home-Field Advantage:​

"Home-Field Advantage deserves a coveted place up next to Monster Manual Expanded as a good-looking, well-designed, and incredibly useful monster supplement, and a must-have for every Dungeon Master." -Eric Watson 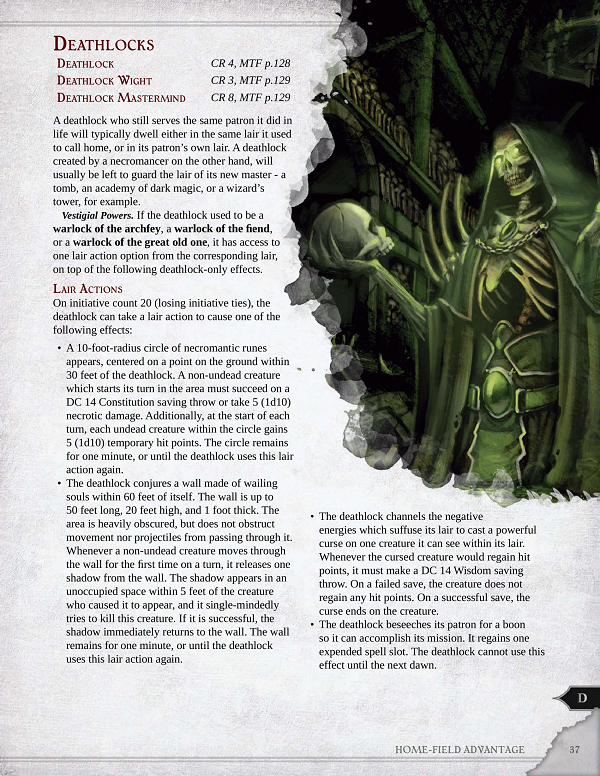 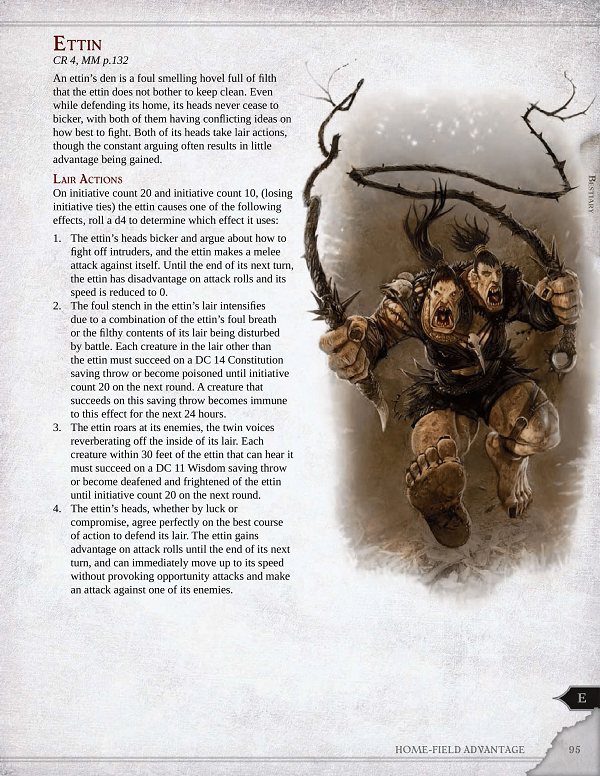 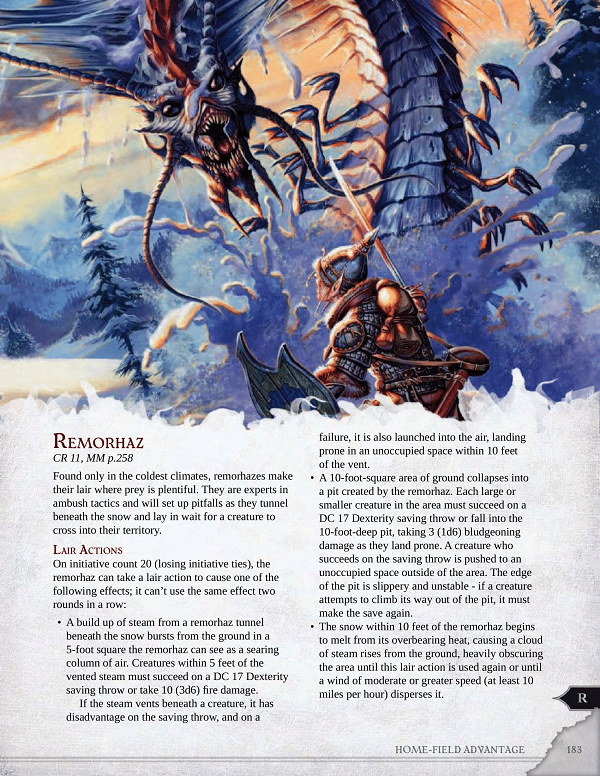 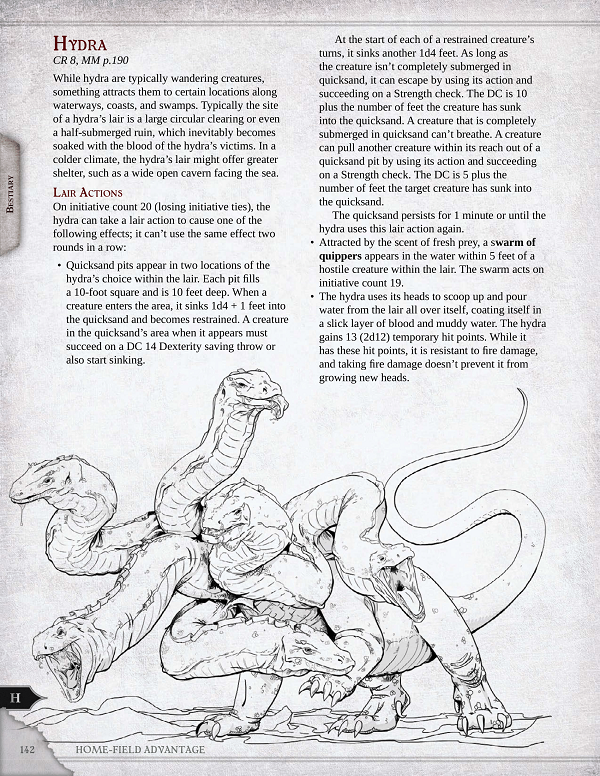