Rules FAQ How Does Counterspell Work in D&D 5E?

Counterspell is a 3rd-level abjuration spell on the sorcerer, warlock and wizard spell lists, which allows you to attempt to interrupt the casting of a spell. Its description can be found in the Player’s Handbook.
This is the part of a weekly series of articles by a team of designers answering D&D questions for beginners. Feel free to discuss the article and add your insights or comments! 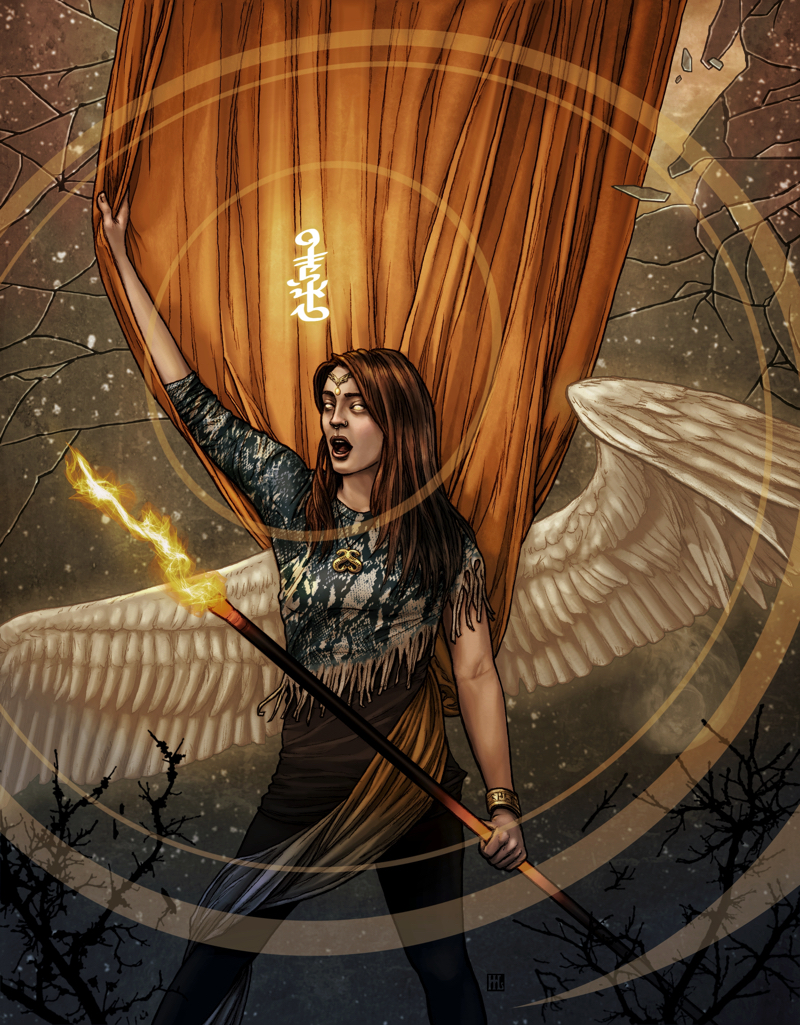 Spells in D&D allow casters to solve problems with a word, to destroy battlefields with swathes of fire, or remake reality itself! But even the most powerful archmage can have their wish undone by a lucky level 5 wizard! Fair or not, counterspell is has a reputation of ruining fun, but most wizards won't leave the inn without it prepared. So how does it work?

If you cast counterspell at its lowest level using a 3rd level spell slot and your opponent cast their spell as a cantrip, or using a 1st, 2nd or 3rd-level spell slot, then counterspell causes their spell to fail. Their spell slot is spent with no effect. When you’re up against spells of higher levels (4th-level and higher), you must make an ability check to see if it succeeds. Roll a d20 and add your spellcasting modifier to the result. The ability check DC is equal to 10 plus the level of the spell being cast. If you meet or beat the DC, counterspell interrupts their spell! It’s spent with no effect. If you fail on the DC, counterspell does nothing.

A quick example: Dani the druid is casting blight using a 5th-level spell slot. Wimbles the wizard, sees this and is within 60 feet of Dani, so uses her reaction to cast counterspell using a 3rd-level spell slot. Because Wimbles’ counterspell level is lower than Dani’s blight spell level (3rd-level against 5th-level), Wimbles must roll an ability check. Her wizard spellcasting ability is based on her Intelligence, an 18, giving her a +4 to her Intelligence ability check. The DC is based on Dani’s blight spell: 10 + the spell’s level (5) = DC 15. If Wimbles rolls a 11 or higher on a d20 for a total of 15 or higher, Dani’s blight will be interrupted by counterspell. If Wimbles rolls a 10 or lower, the blight spell will be cast as usual.
Casting at higher levels
Unless you use a spell slot equal to or higher than the spell slot of the spell being cast, you make an ability check. The check isn't affected by the level at which you cast counterspell.
*When can’t you see the spell?
Spellcasting is perceived by the combination of verbal, somatic and material components used when casting spells. If a spell is cast without any components, you can’t respond with counterspell, because you can’t see it being cast.
Spells cast using magic items
Spells cast from magic items are described in the Dungeon Master's Guide page 141: "The spell is cast at the lowest possible spell level, doesn't expend any of the user's spell slots, and requires no components, unless the item's description says otherwise." (My emphasis). Unless the item says the spell uses components, there are no visible components and the spell can't be interrupted by counterspell. (Edit: Thanks Asisreo for the correction)

For interest, some magic items further avoid the possibility of being interrupted by counterspell: 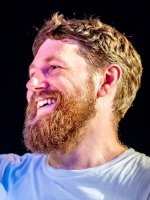 Will Gawned is an Australian human (CR 0) living in the UK. He's a writer, RPG designer, improv performer, and research administrator in his spare time.
N

Asisreo said:
Unless the magic item states the owner needs to provide components, I believe no components are needed to cast spells through magic items. This includes somatic and verbal components, making the spell you cast imperceptible and therefore ineligible for counterspell.
Click to expand...

The designers have confirmed that you can counterspell a spell that is cast with a magic item, so I'm wondering if there are magic items that still require you to utilize components when casting spells through them.

In any case, I rule that despite not having an explicit material/somatic component when casting a spell through a magic item, the magic item and your usage of it are effectively material/somatic components. If you're waving your wand or staff around, that IMO is enough of an indicator that potentially a spell is being cast and a spellcaster can attempt to cast counterspell.

Rabulias said:
Xanathar's Guide to Everything (p.5) clarified the timing between concentration and spellcasting.
Click to expand...

Nathaniel Lee said:
The designers have confirmed that you can counterspell a spell that is cast with a magic item, so I'm wondering if there are magic items that still require you to utilize components when casting spells through them.
Click to expand...

Well, some magic items require you to make perceptible efforts in order to use them. For example, an Instrument of the Bards requires the user to actually play the instrument.

Asisreo said:
Well, some magic items require you to make perceptible efforts in order to use them. For example, an Instrument of the Bards requires the user to actually play the instrument.
Click to expand...

That can get awkward when you've got a paranoid spellcaster who's met one too many hostile bards.

MarkB said:
That can get awkward when you've got a paranoid spellcaster who's met one too many hostile bards.

Are you calling deep gnomes paranoid? Is it being paranoid if literally everything in the underdark wants to kill you?

Bolares said:
Are you calling deep gnomes paranoid? Is it being paranoid if literally everything in the underdark wants to kill you?
Click to expand...

I was more imagining a party of PCs attending the concert, but I do like the idea of a band starting their performance and just being hit with a cascade of counterspells to make sure they're not trying any Pied Piper shenanigans.

gelf said:
Counterspell wars between PCs and NPCs can get interesting in terms of selecting spell level and recognising spells. If you really want to be fair and sneaky, you can have each person write down the spell and spell slot level used and then reveal them at the same time, but hopefully there is enough trust between the DM and players that this isn't necessary most of the time.

I generally rule spells which you know, those that appear on your class spell list, and those you've seen cast before (in game rather than written into backstory) can be recognised without using a reaction. Also, I rule if you try to recognise a spell, you can choose to counterspell as part of the same reaction. If you don't counterspell, the reaction is used anyway.

This is a good alternative. The one based most on common sense. My rule instead is: want to recognize a spell/spell level cause you didn't see it before? Reaction burned. Want to counterspell a never previously aknowledged spell? Ok but you do it blindly without knowing what you are counterspelling and how high is your success probability.

Since there was a decent amount of talk about Reactions, will the next Rule Faq topic be about Reaction related stuff like normal reactions and Readying an Action?