D&D 5E How to do a 1st-level 'arena fight' without the PCs getting one-shot?

One of my players wanted to make a competitive brawler who is at the adventure location because he's touring. I liked the idea and was going to put a little sporting event into the intro session. But then I realized that, well, he's got 8 hit points. Any sort of 'fighting' will last 2 or 3 rounds, and there's not much in the way of tactics or cleverness.

What to do? Which of these options might be improvements?

'Timing' - The brawl has three ten-round 'stages.' Between stages, you get a one minute break.

'Knockout' - If you end your turn at 0 HP three rounds in a row, you're knocked out. If you go to 0 HP three times in the same stage, that's a technical knock out.

'Boxing gloves' - Your attacks deal 'temporary' damage unless it's a crit. Sorta like temp HP, temp damage goes away after one minute. If you can make it to the end of a stage, you basically get to reset your health.

'Boxing coach' - You've got a buddy who hypes you up before each 'stage' of the brawl (and there are three stages that are 10 rounds long each). This gives you 5 or 10 temp HP, and he can shout healing word twice during the whole encounter to get you back on your feet, but this needs to be used judiciously. (Maybe if I really flesh this out, different coaches provide different types of bonus. Maybe bystanders can cheat and try to also cast healing word without getting noticed, but if they're spotted they'll likely get mobbed by the crowd.)

'Dodging' - Use Dodge to do your best Muhammad Ali impression.

'Clinching' - A variant of the Disarm optional rule in the DMG, you basically make a Grapple attempt, and if you succeed your opponent cannot deal more than 1 damage with any attack until they break the grab.

'Tie-breaker' - If both fighters are still up at the end of the third stage, they make opposed Performance checks to see who put on the better show.

Bonus Action Options
You can attempt these a number of times per bout equal to your proficiency bonus + Int mod.

'Trash Talk' - Make an Intimidation check and frighten them for one round if your check beats their Wisdom save.

'Feint' - Make a Deception check to get advantage on your next attack if you beat their Wisdom save.

'Get a Read' - Insight check vs Int save. If you succeed, you get a +1 bonus to attacks for the rest of the fight.

'Wound the Eye' - If you hit with an attack this turn, Con save equal to damage dealt (which is probably pretty low) to blind them until the end of the stage.

'Appeal to Ref' - Persuasion check (DC varies) to get the ref to let you get away with something illegal, like making an attack without using the gloves

Supporter
I don't know if a brawler competent enough to tour is appropriate for 1st level. Outside of being a jobber or enhancement talent anyway.

Minigiant said:
I don't know if a brawler competent enough to tour is appropriate for 1st level. Outside of being a jobber or enhancement talent anyway.
Click to expand...

But, you could set it up such that due to his well-earned reputation in local bar fights the PC has been last-minute recruited as a stand-in for tonight's show because one of the touring regulars for some reason* can't go. That also builds in a reason for the opponent to go a bit easy on him (but not to let him win).

* - or has suddenly disappeared; and there's your adventure hook as well!

Those are some great ideas for actions the player can take. Captures the vibe of a boxing match for sure.

Here’s what I would add: Make each round one roll of the dice for the player and the opponent. These rolls don’t represent one attack, but how successful all the attacks in that “round” are. Basically abstracting the rounds to avoid constant rolling of dice. I’d also forget about rolling for damage. Each successful attack roll simply minuses 1 HP from the characters/opponents total. Have critical hits represent a possible KO, and whoever receives the hit has to make a Con save or be knocked the eff out. Could also have the player and the opponent roll Con checks between each round to see if they can recover a hit, but the DC gets higher after each round as the fight drags on and recovery gets harder. Once per stage, the buddy in the corner can make a medicine check to see if they can heal the character for a point on top of any successful Con checks, or they grant advantage on Con saves to resist being knocked out once per stage.

Suddenly, the poor fighter realizes that the tour is real and not staged like training after he takes the first hit. He cries out, "Hey, take it easy- that's real blood." 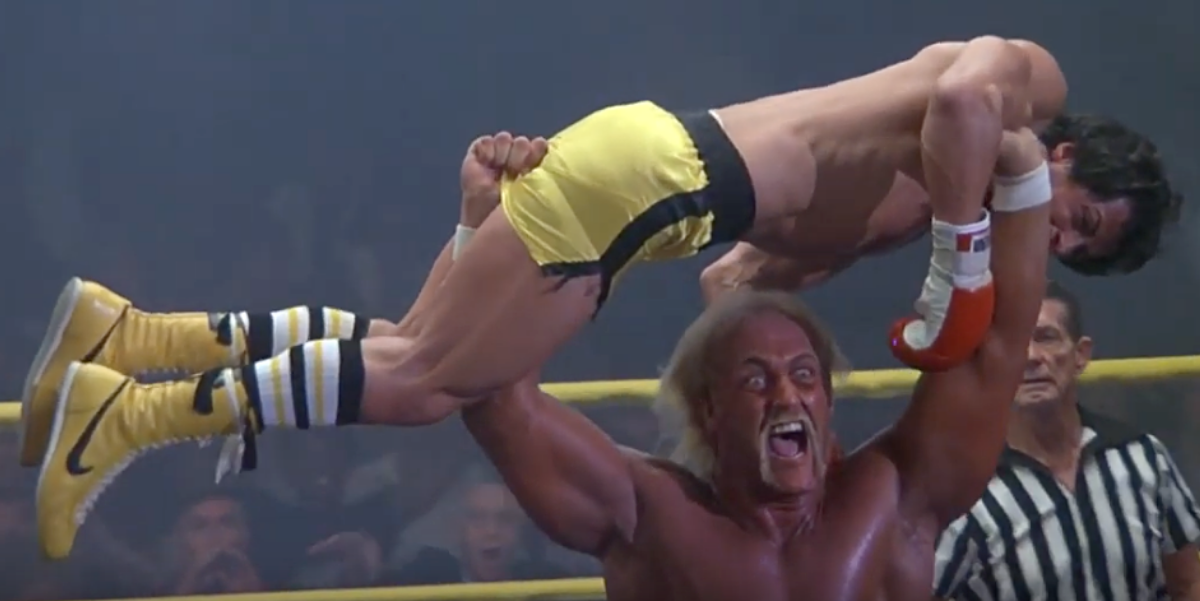 I did also see a video from Guy the DM about a tavern brawl where he uses another system that is not combat to simulate a brawl. You can take a number of hits up to 6 or or maybe proficiency bonus plus Con modifier before being knocked out. You get proficiency plus strength to attack and if you use cool thing like chair or bottle you may deal 2 hits. There is some stuff about taking out a weapon and then things change to combat. Worth watching the video for a base system of brawling where you do not die.

Minigiant said:
I don't know if a brawler competent enough to tour is appropriate for 1st level. Outside of being a jobber or enhancement talent anyway.
Click to expand...

I like everything you've got there, and think you've got a good read on what will make it fun for your player.

When I was running regularly for my group, I was incorporating a very narrative version of bare-knuckles fighting / grappling for the minotaur fighter player. I definitely had similar ideas to yours that ended up in play, but nowhere near as organized as you've laid it out. EDIT: but if you wanted rules for throwing enemies at each other, boy I've got you covered!

The one tip I can suggest – at least it worked good for us – was ditching initiative in one-on-one combat, and instead going for a simultaneous initiative where we declared actions at the same time (flipping cards or telling a 3rd player who wasn't participating in the boxing match), so there was more a sense of surprise / dynamism.

I had a Brawler in my Dragon Heist campaign. When he entered a match I had him make an opposed Strength Check, an opposed Dex Check and an opposed Con Check. With proficiency added to each of them. One pass was a narrow defeat, two passes was a narrow victory. Three passes was an overwhelming victory. The this kept things nicely abstract and useful at every level. It’s also a lot less boring for everyone else to have to sit and watch endless solo combat.

TheSword said:
. . . It’s also a lot less boring for everyone else to have to sit and watch endless solo combat.
Click to expand...

The skill checks listed in OP have me wondering if this thread should be marked as 3e, not 5e.

Anyway, watch some MMA fights. One -shot wins are not unheard of.