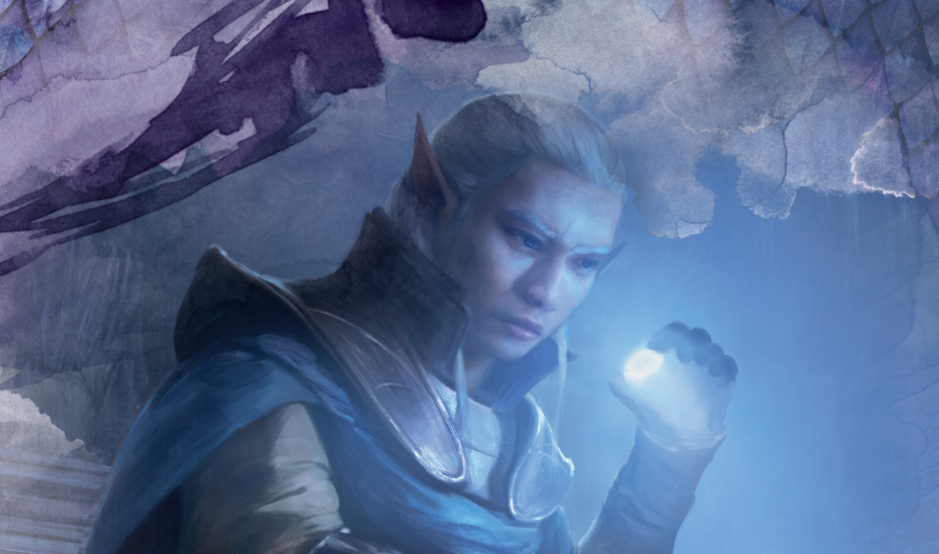 The first was In Scarlet Flames.

Two Red Wizards of Thay have undertaken a secret mission into the High Moors east of the Sword Coast. They are searching for something or someone. Whatever their goal out there in the cold and windswept hills, if the Red Wizards want to keep it secret then it is probably best uncovered swiftly for the good of everyone else. Even the mercenaries who escorted them into the wilderness earlier agree: someone should stop them.

Pursuing the Red Wizards leads the adventurers to a barrow mound in the wild grasses of the High Moors. At the barrow, they discover the remnants of a wizards' sanctum still being plundered. The fate of its lore and treasures is up to the characters. Without caution, things may get out of hand.

This Dungeons & Dragons adventure is written to suit four to six characters of 8th level. With this text and the core D&D manuals, you have everything you need to play. You may also benefit from the Sword Coast Adventurer's Guide to learn more about the High Moors of Faerûn.

The second is The Hidden Page.

Decades ago, a wizard named Sylvene came to the Sword Coast from another plane of existence called Ravnica. While exploring Waterdeep and nearby lands, she met and fell in love with the father of her child. She built a refuge for them in a small demiplane of her own creation, but eventually she went home to Ravnica with her infant son and never returned.

Now her grandson seeks to recover relics of her power by exploring Sylvene's history in the Realms—and he doesn't care who he hurts along the way. The consequences of his careless pillaging already ripple out to impact others.

This Dungeons & Dragons adventure is written to suit four to six characters of 8th level. With this text and the core D&D manuals, you have everything you need to play.
Click to expand...

Some create a monster-esque stat block for the PC, with elaboration of more lengthy class or race features below.

These ones from Magic: the Gathering organize what you can do by action economy & put spells right on the first page.

I guess their ideas are evolving about information accessibility?

I'm for any 5E character sheet that groups Abilities and their respective skills together. So this gets bonus points from me. But then I love the huge "donkey" space for features, proficiencies, and other stuff.

Crazy how low the ACs are on these pregen characters. A Warlock with AC 11 makes it to 10th level? I think a Magic-the-Gathering designer made these pregens without having played DnD much. A rogue with Dual Wielder, but who doesn't actually fight with both daggers (i.e. no option of a bonus action where the bonus action is spent for a second dagger or handaxe attack?).

Interesting that the pregens still have alignment.