Unfurl that dusty map and take to the waves, for an incredible roleplaying adventure awaits you!


Discover an ever-changing archipelago in the latest Animal Adventures

New to Animal Adventures? Take a short paws here to find out what it’s all about.

Animal Adventures is a range made for roleplaying games that gives adorable familiars the adventuring spotlight. We’ve taken daring dogs and curious cats and ‘awoken’ them, giving them intelligence, wit, and a keen sense of adventure — plus a fantasy roleplaying class, of course!

TL’DR: Animal Adventures — because your RPG’s didn’t have enough dog.

And now, as a thin wind blows and the mist begins to clear, that adventure begins to reveal itself...

Beyond Gullet Cove, past the Isle of Dogs, lies the floating shanty town of Flotsam. Built from lashed-together ship hulls and floating debris, Flotsam is the last frontier at the edge of the Faraway Sea.

Banked by walls of impenetrable fog, edged with frenzied lightning, the Faraway Sea is a place of wonder, magic, and terrible danger. For you see, beyond the mist and the storms lies an endless chain of islands. Impossible islands, ever-changing, suffused with magic, chaos, and mystery. 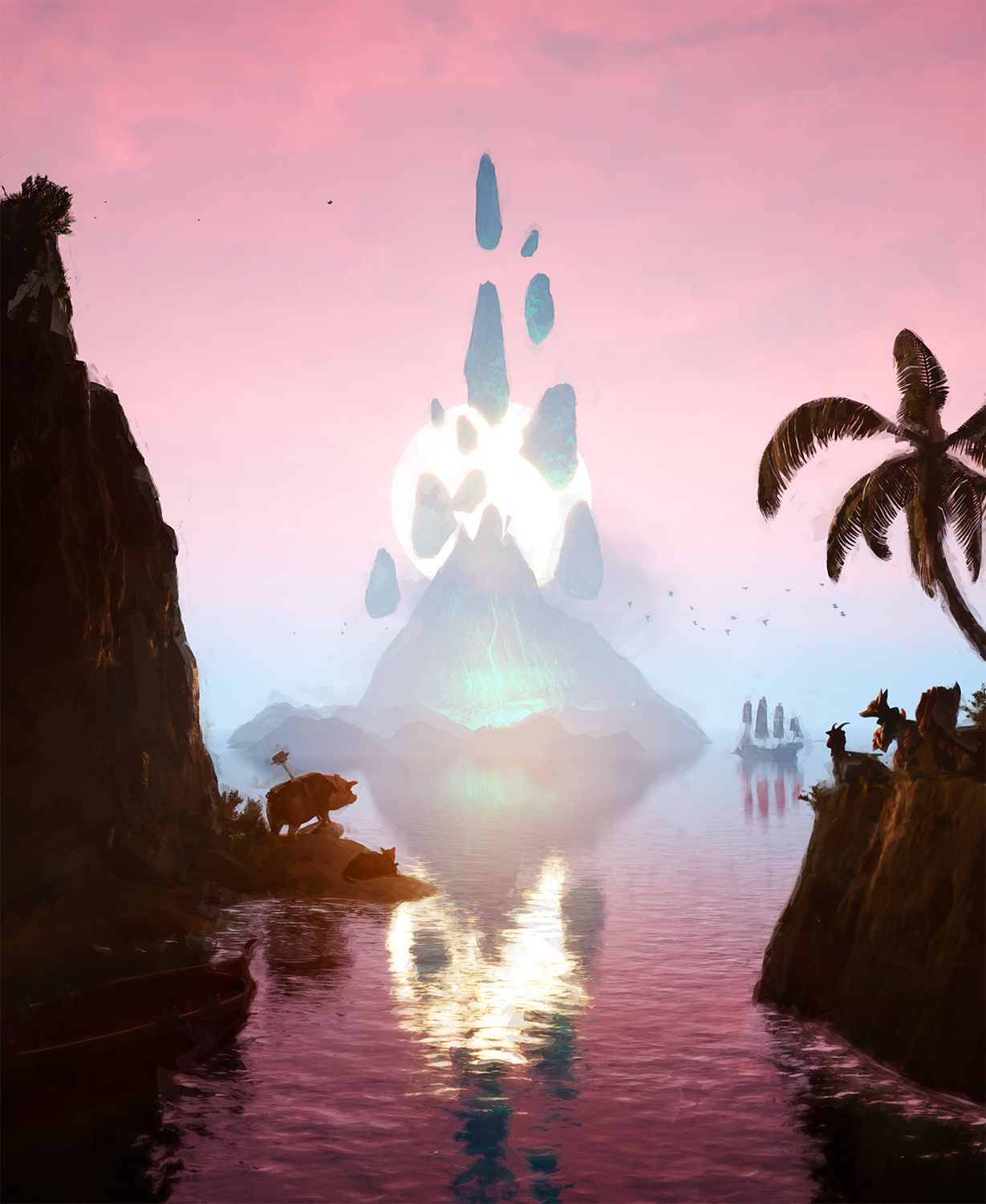 When the great Orrery in Flotsam's tower blazes with light, the floating town fills with groups of adventurers vying for contracts and bickering over supplies.

Why? Because that strange light heralds the arrival of a new island — for a time, at least. Every island is different, but they all hold secrets, strange inhabitants, deadly monsters, and riches. Such riches!

Gaining those riches is far from easy. After all, in a realm where animals talk, trees can walk, and rocks might eat you alive, the cost of treasures can prove great indeed. One mustn’t linger too long on an island, so the Flotsam saying goes, or the island won’t let you go.

But for those courageous and quick enough, glory can be found in the Faraway Sea! 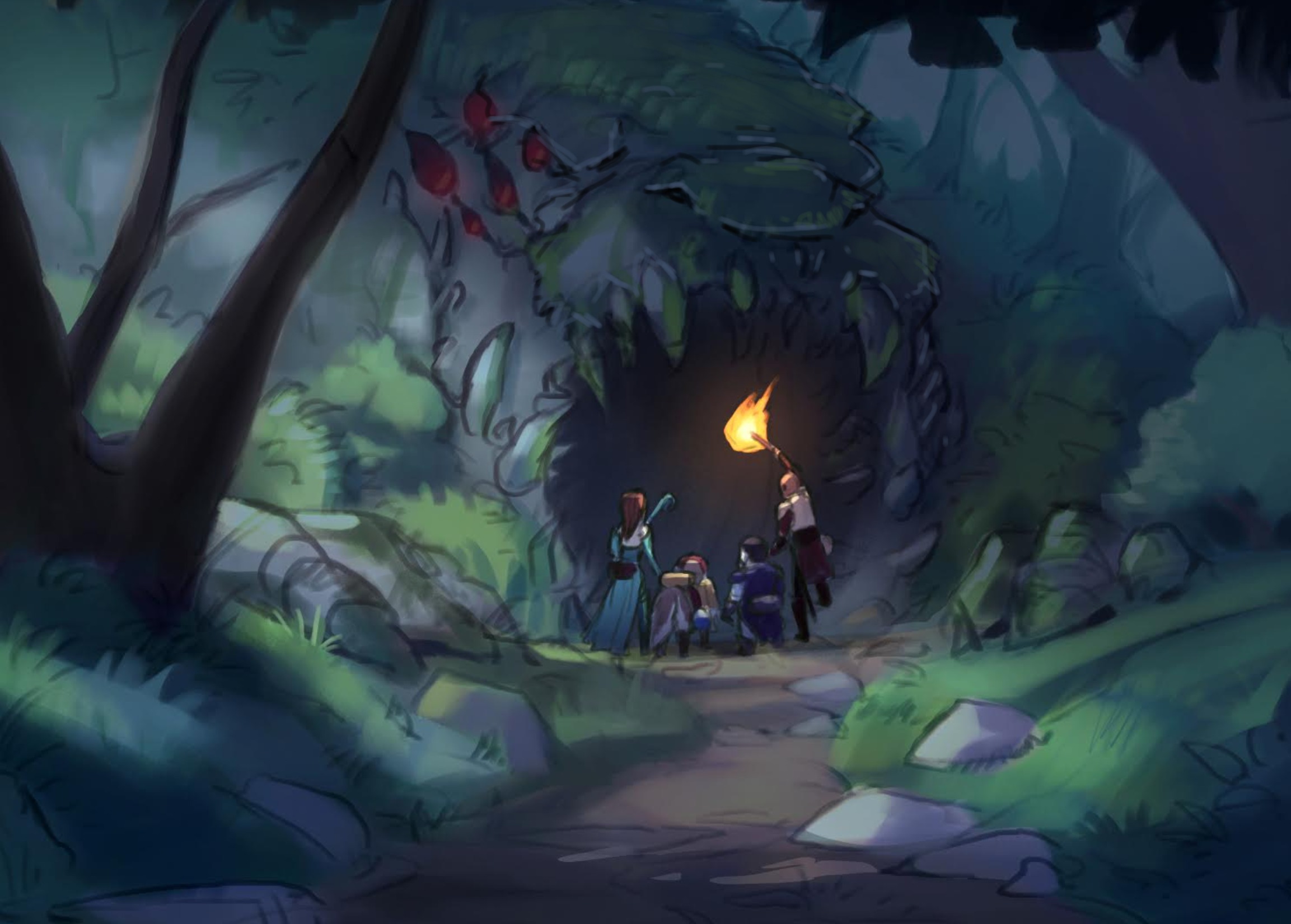 So, what makes the Faraway Sea the perfect place to take YOUR animal adventurers?

Well, first, let me ask you this — who’d want to explore a dozen unique islands, each one crammed with strange monsters, unusual characters, and challenging terrain?

Anyone worthy of the title ‘adventurer’, that’s who.

And second, what is the secret of these disappearing islands? How do they materialise from the mists of that mysterious sea, only to vanish soon after?

And why are so many adventurers lured to this ever-changing archipelago, like moths to the Orrery’s light? 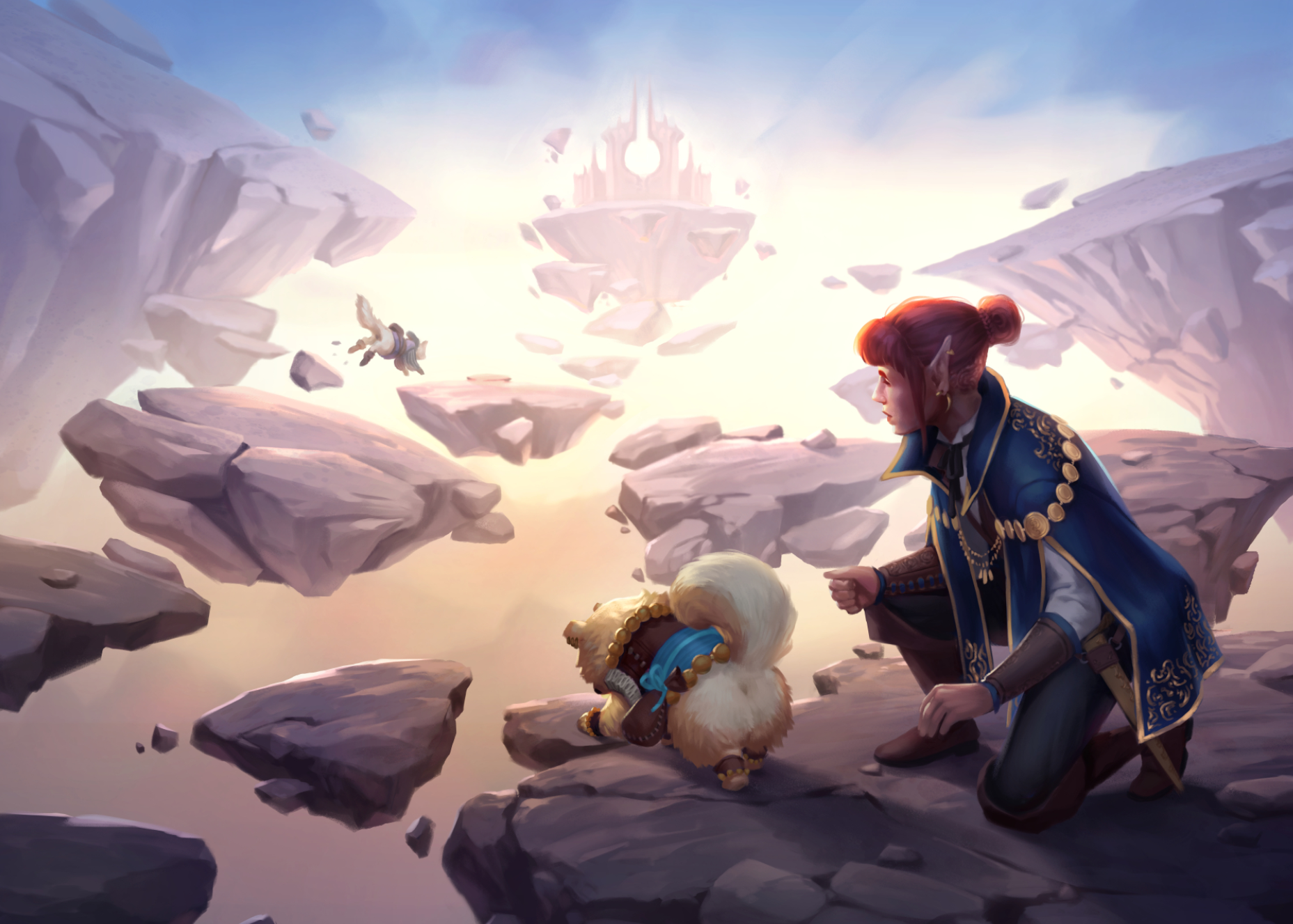 The answer, my friends, is genius loci. The spirit of place.

Every island in the Faraway Sea possesses such a thing. The essence of that island concentrated into a single object.

Sometimes, it’s easy to spot. (That big, golden, glowing crown? Probably something important, right?) Other times, it might be a rock, or a flower. Something nondescript and easy to overlook.

If you find the genius loci, and take it with you, you carry a fragment of that magic with you. Quite the powerful little aid you’ll have gained for yourself. And believe me when I say the benefits of a genius loci are worth the hassle it takes to acquire them. 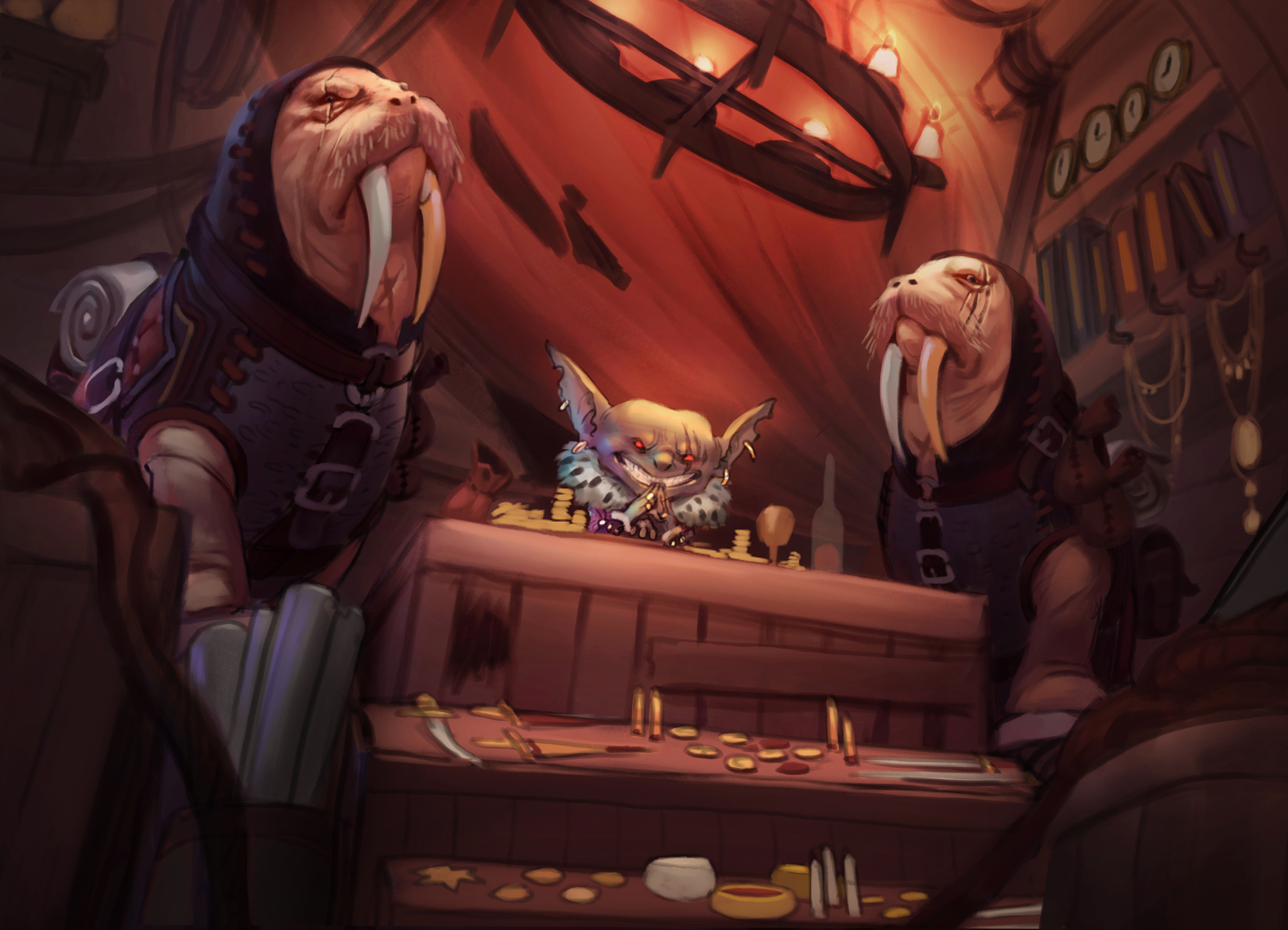 Of course, such valuable treasure won’t be ripe for the plucking. Cutthroats, bandits, scholars, and anyone else with a spade and a sword, will try to claim it first.

Of course, they’ll have to deal with monsters, magic, shifting terrain, blizzards, storms, and anything else you might find on a magical island emerging from impenetrable mists according to an unfathomable rota.

And could it all have something to do with the strange obelisk, standing silent in the centre of the floating city of Flotsam?

I hope the above has whetted your appetite for some exciting, island-hopping adventures. I can tell you dreaming up the Faraway Sea has seen Richard August, Mat Hart, and Russ Charles (ENNIE Award Winning Sculptor) trading some amazing ideas back and forth — amazing ideas that our team of fantastic writers are already turning into something even more incredible!

The Animal Adventures: The Faraway Sea campaign book will be just as crammed with exciting stuff, including:

Get ready to take the trip — we promise it’ll be worth the ride!