Last week, we took a good look at the plastic figures included in Privateer Press' Iron Kingdoms Unleashed Adventure Kit box. Now they’ve got to have somewhere to explore and fight! That’s where the map tiles and tokens come in. The Adventure Kit comes with nine double-sided map tiles and 28 double-sided map tokens to allow for a host of different possible scenarios. Here’s an example of one of the encounter setups. 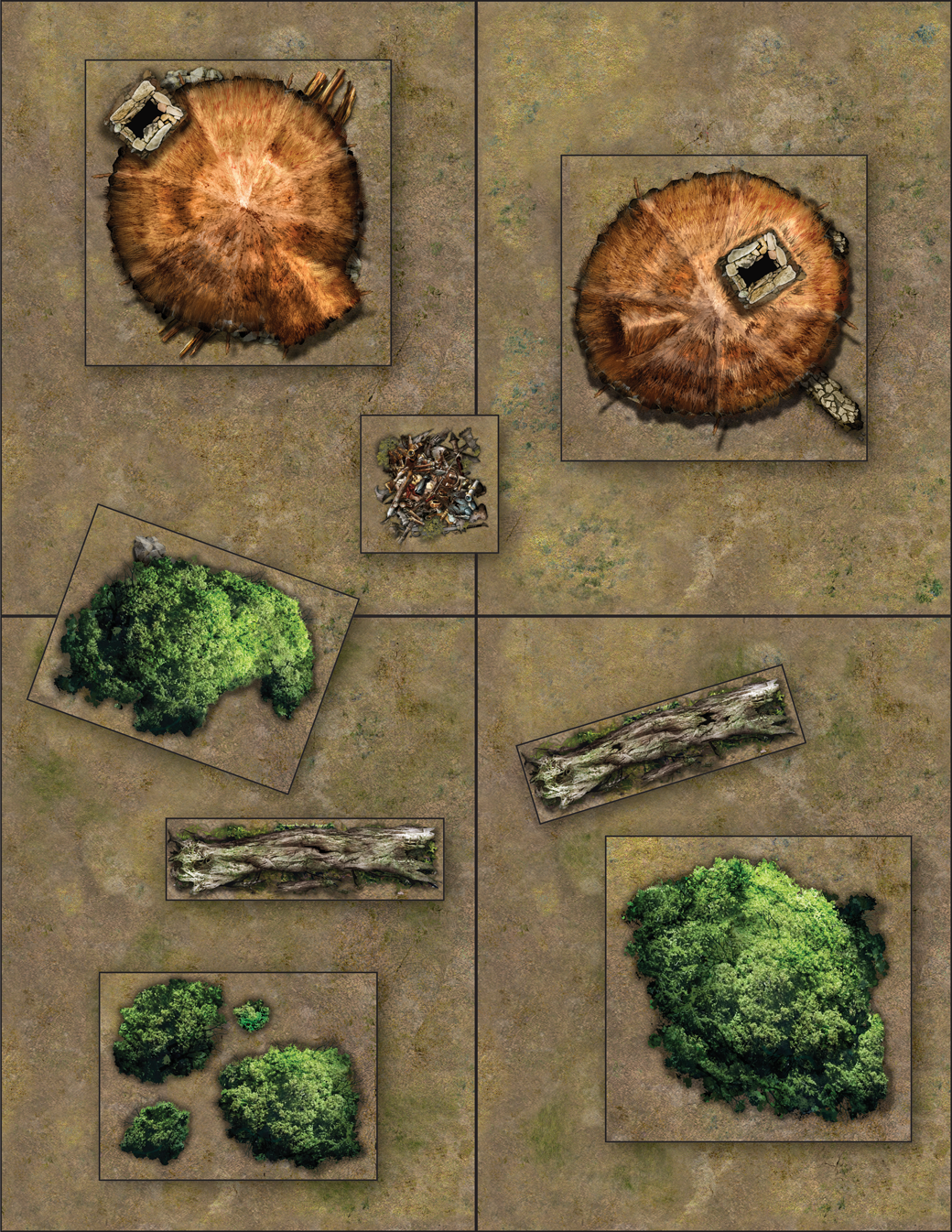 While making sure the map tiles included in the kit served the “Hogwash” adventure, we really wanted to make sure the tiles were designed to be immensely useful as a toolset for creative Game Masters to use in their own adventures and encounters. The included map tiles are enough to create over 900 square inches of encounter space in a dizzying array of combinations! The tiles include flowing rivers, shallow bogs, dense wooded areas, rocky hillsides, and grassy plains. These wilderness surroundings are perfect for games of Unleashed and even work well for Full Metal Fantasy adventures set in the untamed wilds. 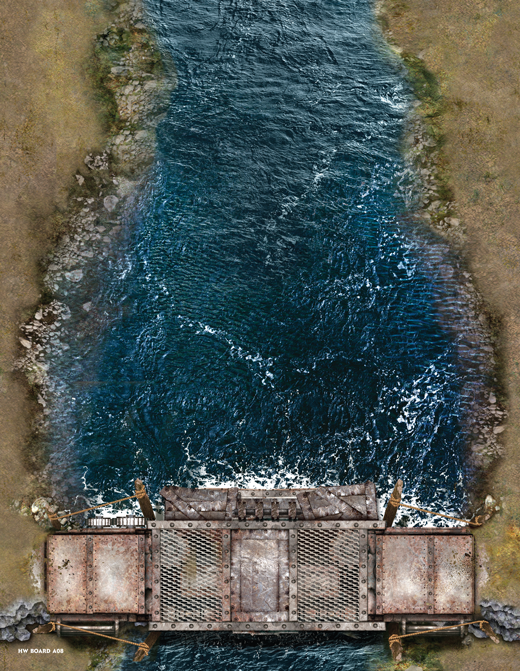 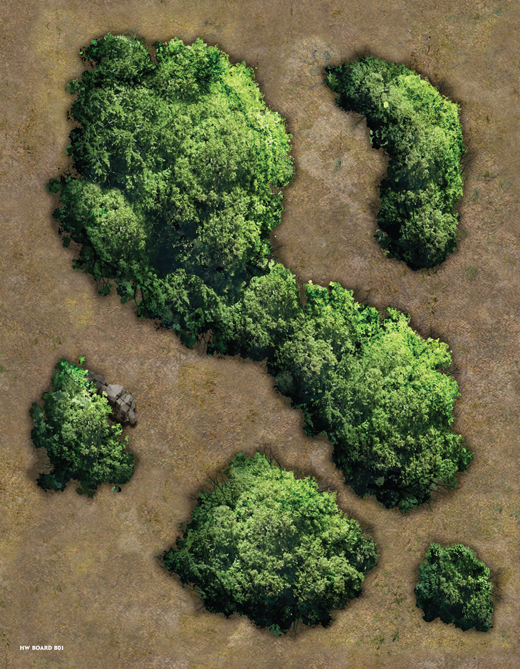 ​
The customization options don’t end there, though. The map tokens include a selection of primitive huts and timeworn buildings, bridges and shallow fords to cross the waterways, smaller clumps of woods, rocky outcroppings, and more. These tokens will bring lots of character to your own encounters. They’ll also add some depth to combat encounters, providing lots of places for antagonists to hide and combatants to take cover or otherwise use to their advantage.

Different types of terrain can be represented with a few well-placed map tokens. These tokens have options for things like rough terrain, linear obstacles, and obstructions. Canny Game Masters will use these to transform otherwise plain areas of an encounter map to present players with new and exciting challenges (like a gang of farrow with rifles perched on the other side of a river and the only way to reach them is by crossing a precarious log bridge covered in slick slime!).

What follows are just a few of the encounter maps we created using the components from a single adventure kit. These images barely scratch the surface of all the encounters you can create. These map tiles set the scene for some exciting confrontations as you explore the Iron Kingdoms, whether in the included adventure or those of your own creation! 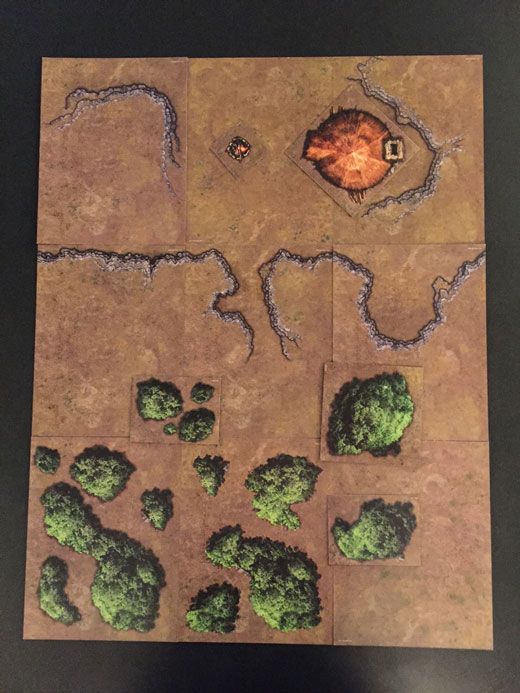 ​
A small trollkin hut in the shadow of a wooded plateau. Its contents are ripe for pillage and plunder. 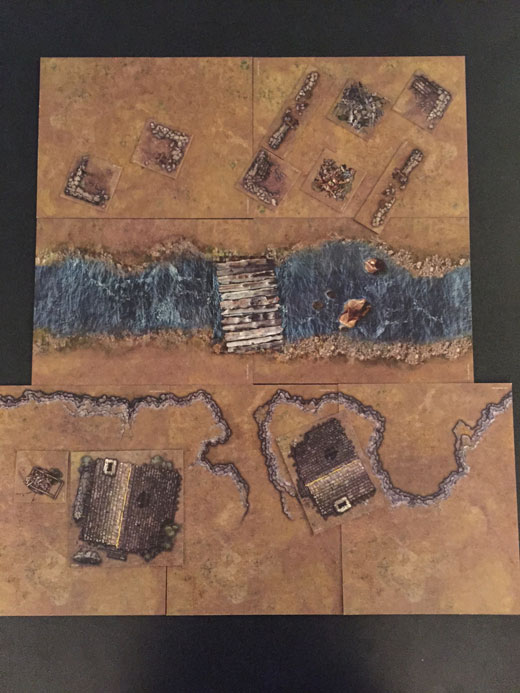 ​
The edge of a human village overlooking the ruins of buildings destroyed when the river flooded its banks. A testament to building above the flood plain. 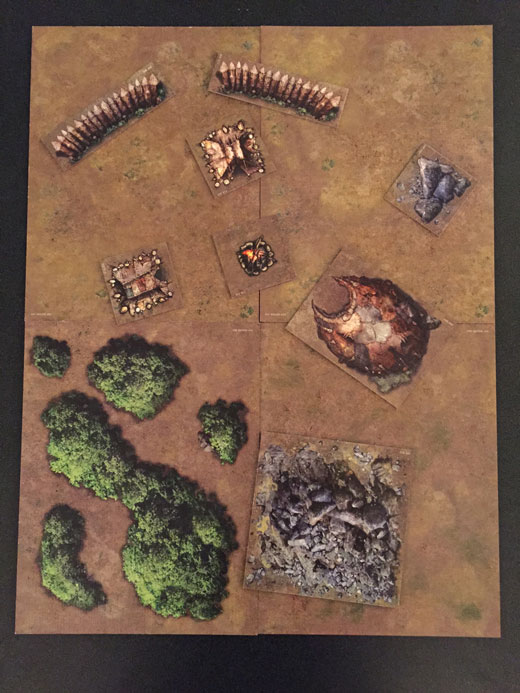 ​
A farrow encampment on the edge of the forest, with wooden palisades to keep undesirables out. 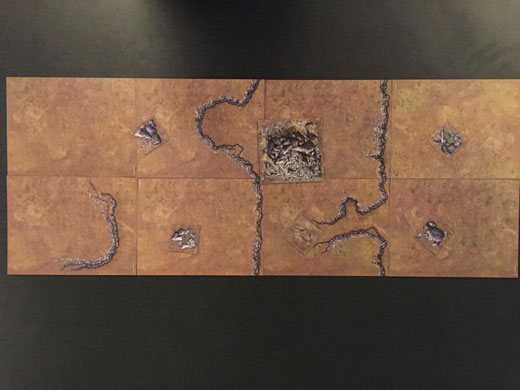 ​
This stretch of stepped elevations present many opportunities to throw and slam opponents to their untimely ends.