Jovian Whispers is a campaign and sourcebook for the Shadows Over Sol roleplaying game. It follows up on the mystery of the Jupiter Group Incident, in which all four Jovian colonies went suddenly and inexplicably silent.

No one knows the cause of this mysterious event, but somewhere in the dark and ruined colonies of Jupiter the Insurrection Virus uses its clanking machines to plot the downfall of all humanity...

Check it out on Kickstarter! 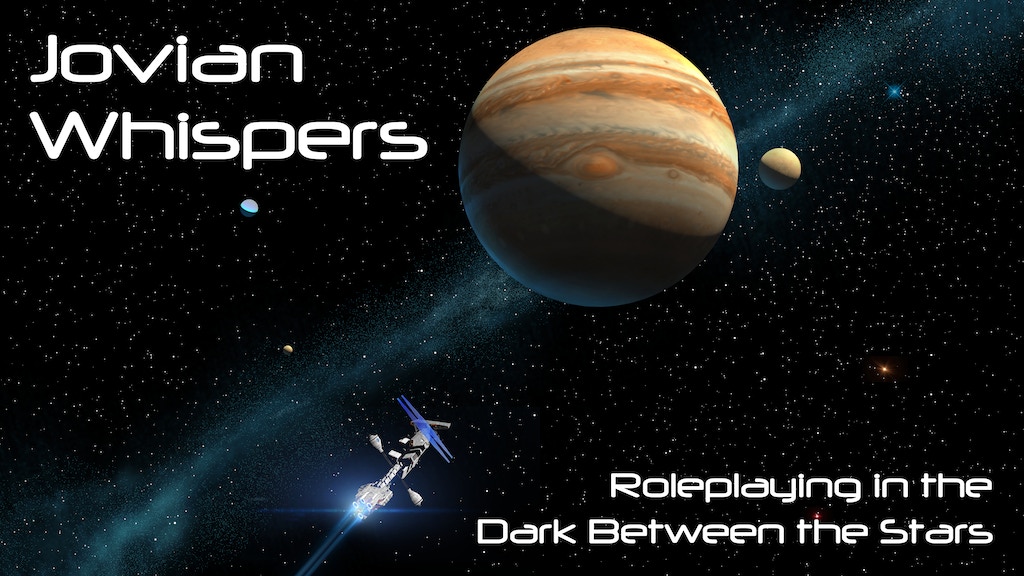 We're a week into the campaign and three stretch goals have been unlocked! They include two scenarios and a poster map. Plus, we're getting close to a fourth.

A fourth stretch goal unlocking a new scenario has been reached!

It's the last 24 hours for Jovian Whispers. Get the campaign while you can!

B
Coming Save the Date: Jovian Whispers Kickstarter

Mar 22, 2021
beholdsa
B
B
Shadows Over Sol: Science Fiction Horror Roleplaying in Print!

News Digest for the Week of July 31