Just two days left to back Other Magic #2: Monsters of the Americas

The first edition of Other Magic (ZineQuest 2019) focused on real world folk magic traditions, with an emphasis on those of the United States and Mexico. Other Magic #2: Monsters of the Americas is designed to complement the first issue by highlighting the monsters of the broader Americas where those folk magic traditions exist. These monsters come from the myths and legends of various regions within the United States, Central America, South America, and the Caribbean. They are bizarre, obscure, and distinctly different from the ones found in most roleplaying games.

Since the goal is to present the monsters as they appear within folktales and myths, Other Magic #2 focuses on their traditional behaviors, abilities, strengths, and weaknesses, without modification. As with the first issue of Other Magic, the emphasis is on magic and the supernatural as they are understood by regular people in the real world. Some of the monsters can be defeated or killed, while others can only be driven away or avoided. Most of them are not "I slay it with my sword" or "I shoot it with my gun" types of adversaries, because that is not how they are conceptualized in the real world stories. 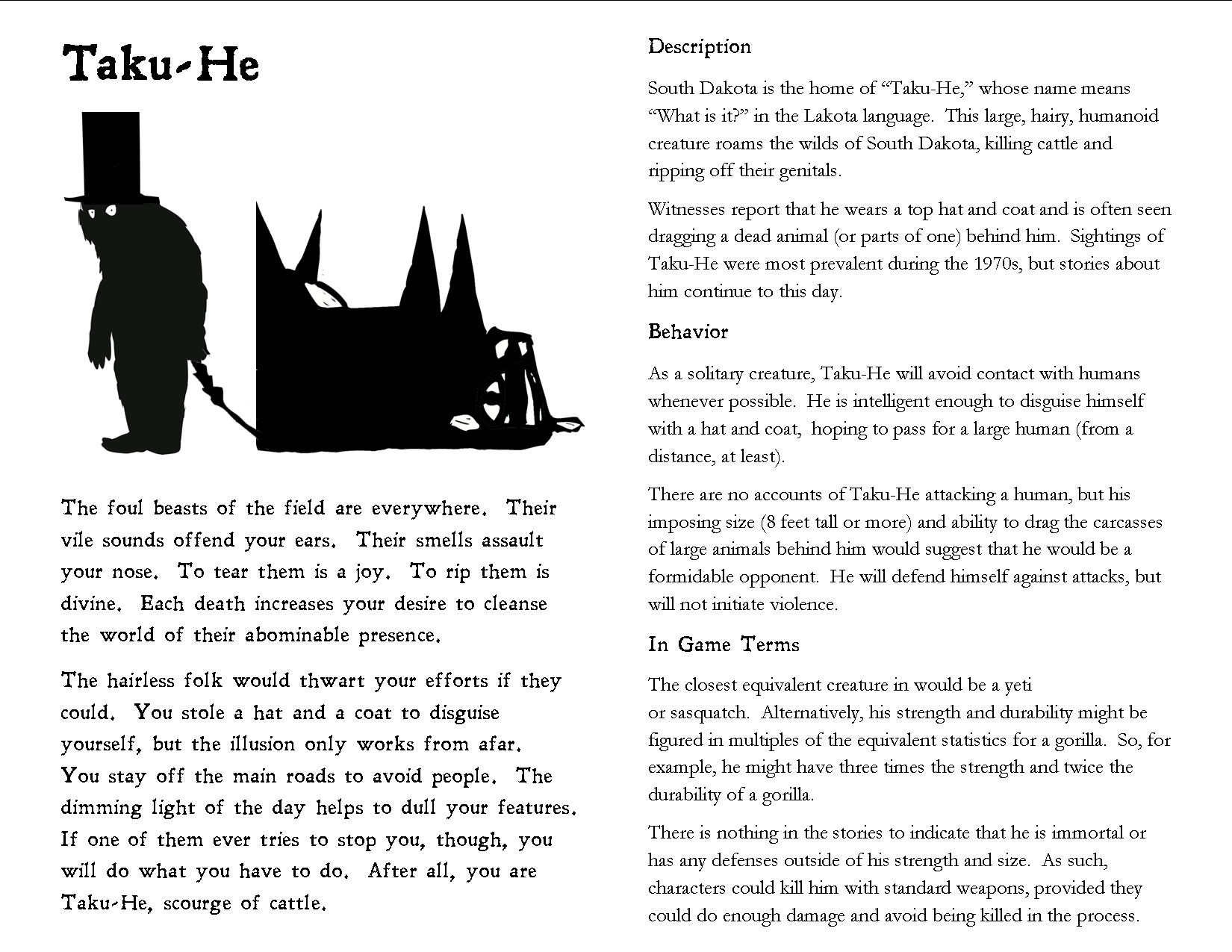