The Southeast Asian RPG scene isn't widely known to many people, despite the explosion of creativity in places like Malaysia and the Philippines since 2019, when many fresh faces (and a few older gamers like myself) began publishing on places like itch.io.

There are a few names that have probably gotten more attention than others, like makapatag's 4e-and-Final Fantasy Tactics-inspired tactical combat RPG of the pre-colonial Philippines Gubat Banwa, or the OSR-inspired Malaysian fantasy setting A Thousand Thousand Islands (which recently finished funding a book on Kickstarter). Or maybe you've heard Matt Mercer talking about the awesomeness of The Islands of Sina Una for 5e.

But there are a lot more unique voices and game ideas in RPGSEA - and here I'm including creators from the region as well as creators from the Southeast Asian diaspora who live all across the world, with their many distinctive cultural and experiential viewpoints. Queer sports dramas, amnesiac vampire tales, apocalyptic adventures and more.

I'm here as a Malaysian RPG creator to provide some (hopefully regular) coverage of my fellow Southeast Asian creators and their games!

Obligatory link to a great resource for RPGSEA games here:

Uncover unique games by Southeast Asian creators, from D&D, OSR, narrative and beyond. A simple discovery engine for your next favorite RPG.

Ingat Ini by Bram Xu owes less to vampire hunting tales from the likes of that other Bram (Stoker) and more to the vampire-as-protagonist genre of Anne Rice and so forth.

I'd previously known Bram Xu for food-centric games like the chickens-vs-kitchen farce of Masak Ayam, but here Bram dives right into a simple yet potentially deep group storytelling format. 3 to 5 players take the roles of old vampires who gather together at some portentious locale to recall a series of scenes from their past. Each player creates not just a vampire persona, but also a fragmentary memory pertaining to the player to their left. Using six-sided dice and tokens, they play through a series of scenes based on those memories, to see what happened, amd more importantly, how much they remember. And, depending on how the group plays, how it all links together (if at all).

It's one of those games that can be as serious and meaningful as the players collaboratively put into it, meaning you need the right kind of group if you want the session to gel (safety tools are provided to help navigate tricky content). I remember when Onyx Path and White Wolf introduced more player-driven collaborative background creation for their vampire campaigns, and Ingat Ini could very well serve the same purpose.

A group could play this game as a campaign creation one-shot, setting up past conflicts and mysteries that will only be solved in the main Vampire campaign that follows it.

Or, you could just go "Laszlo, do you remember the night we did that incredibly stupid and dangerous thing?" "No Nadja my dearest, I'm afraid I don't recall, do tell..." and use this game to play some messed-up What We Do In The Shadows-inspired comedy. As I'm planning to. 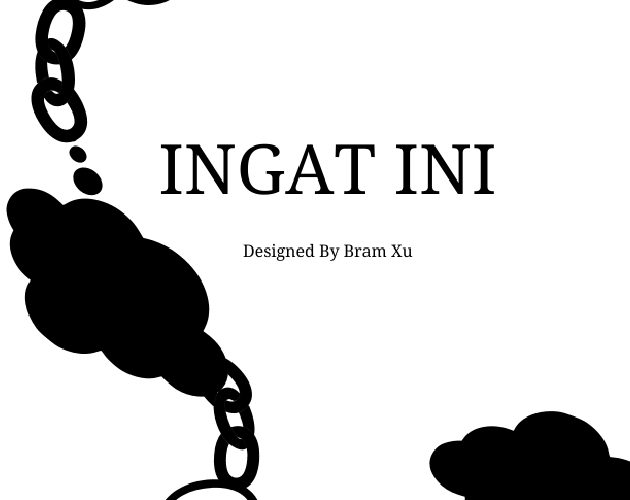 A GMless TTRPG about Vampires trying to recall their memories.

Once More Into the Void is by a Filipino, nonbinary, disabled, designer. It's openly inspired by Star Trek: Picard. It's intended for a one-shot two session. I got in on the KS, and am eagerly awaiting the books.
I backed without consideration of the ethnicity, LGBTQA* status, disability, etc. I backed because I loved the concept and the initial art.

aramis erak said:
Once More Into the Void is by a Filipino, nonbinary, disabled, designer. It's openly inspired by Star Trek: Picard. It's intended for a one-shot two session. I got in on the KS, and am eagerly awaiting the books.
I backed without consideration of the ethnicity, LGBTQA* status, disability, etc. I backed because I loved the concept and the initial art.
Click to expand...

Jammi is a great designer. Their focus on the theme of memory in many of their games comes from their own experiences of dealing with epilepsy and memory loss. All the games have that wistful and ephemeral air to them.

Over the past few days, the Philippines and Malaysia have been hit by catastrophic storms. Flooding and landslides have inundated homes in water and mud, and entire areas are cut off from power, clean water and food. Over 300,000 people were driven out of their homes in the central and southern parts of the Philippines, and hundreds are dead. Meanwhile, floods have trapped tens of thousands of people in parts of peninsular Malaysia, and rescuers are turning up dead bodies not far from where I work.

The situation was made worse by land mismanagement and government negligence. In Malaysia, rich politicians send helicopters to pick up their relatives while the common folk have been waiting 2-3 days on rooftops with all their belongings under metres of water.

I and my family were fortunate to live in higher areas, safe from the flooding. I went in to work today, driving along a highway that had been flooded just the day before. Drifts of rubbish and mud could be seen at the sides of the highway, a dirty high water mark. I passed a few abandoned cars and lorries by the roadside, casualties of the flood.

A third of the staff at my workplace couldn't make it to work. They had been flooded in, cut off from the roads. Or worse, flooded out of their homes.

It's one of the most densely populated parts of the country, and some areas still have no utilities.

They say more rain is coming, all the way to the end of the month.

Our local RPG designers and artists have been diligently reaching out and calling for help, sending donation links and sharing resources for local private organizations that stepped in while the government was dragging its feet.

Game designer Aaron Lim helped to put together the Malaysia Flood Relief Bundle 2021, which, for the next 3 days, will raise money for Mercy Malaysia's flood fund. 11 local designers contributed 25 TTRPGs, supplements and anthologies to this amazing charity bundle. 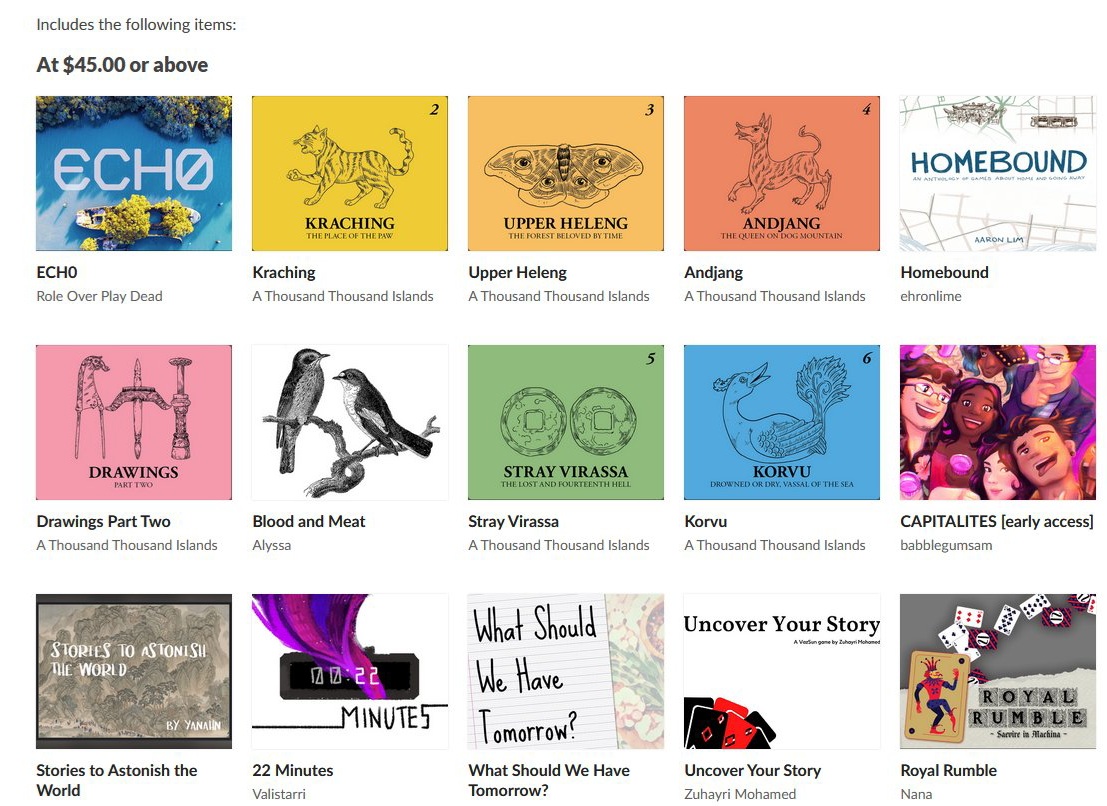 Samuel Mui's CAPITALITES, invoking the wild and energetic drama of young Southeast Asian urbanites looking for love and fulfillment. Aaron Lim's storytelling games of leaving and returning home, Homebound and An Altogether Different River. Multiple volumes of Mun Kao and Zedeck Siew's A Thousand Thousand Islands zine, a systemless worldbuilding series inspired by the myths of pre-colonial Southeast Asia and written in the spirit of the OSR. Nana's dirty poetry and regicidal solitaire game. Valis Teoh's solo journalling meditations on mortality and loneliness. Kristen Chin's evocative games of travel, exploration and adventure. My own games about children exploring peaceful landscapes shaped by war, and space doctors in the vein of James White's pacifist science fiction. And many more.

Do contribute if you can. A few dollars can feed a family for a day, thanks to the USD1 = RM4 exchange rate! And share the link with your friends!

Malaysia Flood Relief 2021 Bundle by ehronlime and 10 others

Meanwhile, in the Philippines, artist and game designer Bianca Raposa is doing an art notecard sale to fund donations, 50% for Philippines and 50% for Malaysia. It lasts for 4 more days, so please check it out and spread the word.

A sale by momatoes, 50% off Weathering Together
itch.io

Tun Kai Poh said:
Jammi is a great designer. Their focus on the theme of memory in many of their games comes from their own experiences of dealing with epilepsy and memory loss. All the games have that wistful and ephemeral air to them.
Click to expand...

Once More is my first experience with his products. The backer preview looks REALLY pro... it's well written, laid out well, easily grasped... but I've not run it yet.

But our charity sale made the front page of Polygon (they cover TTRPGs sometimes), so that's good. 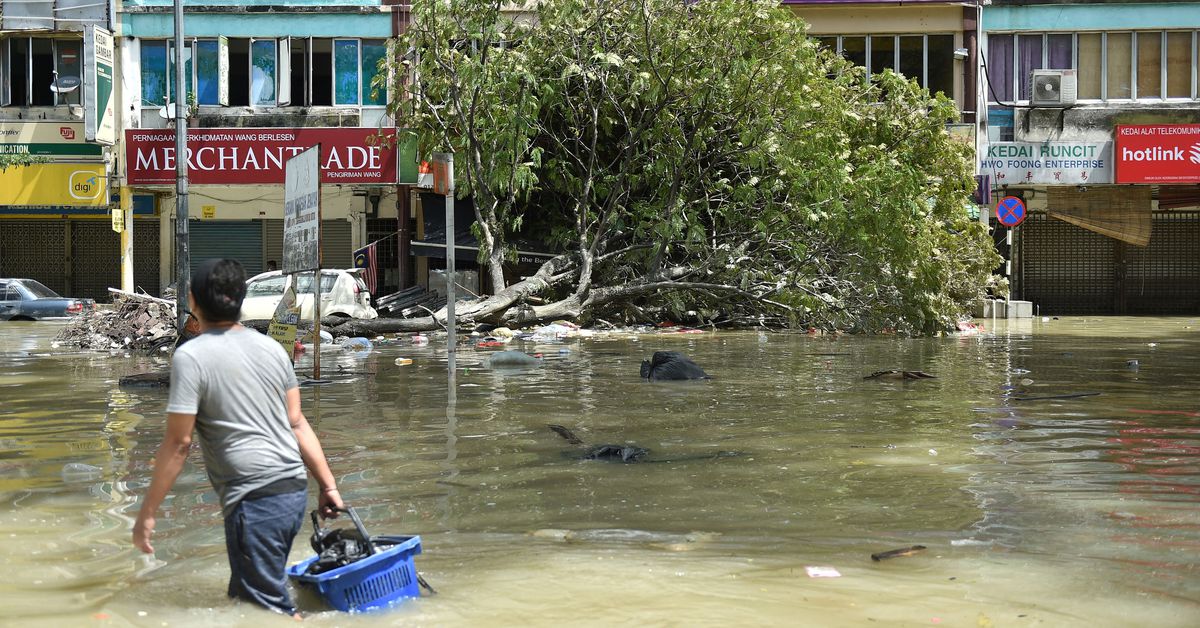 Well, I've been eyeing Gubat Banwa for awhile now. At half off, it was a must buy for me!

Randomthoughts said:
Well, I've been eyeing Gubat Banwa for awhile now. At half off, it was a must buy for me!
Click to expand...

I need to actually read it now I've bought in. FFT inspired combat and aboriginal culture sounds like an interesting mix. A quick skim shows a lot of good art. I'm worried that it may require players to do some reading homework, due to the large amounts of setting info. When a game has a translations section at start, I get worried about that.

Well, I am excited to report that Samuel Mui (CAPITALITES) is itchfunding a TTRPG zine of colourful masked superheroes, in the style of Kamen Rider, Super Sentai (Power Rangers) and other Japanese hero shows! It uses a lightweight combat system based on LUMEN by Spencer Campbell (NOVA), and investigative rules inspired by Robin Laws' GUMSHOE. 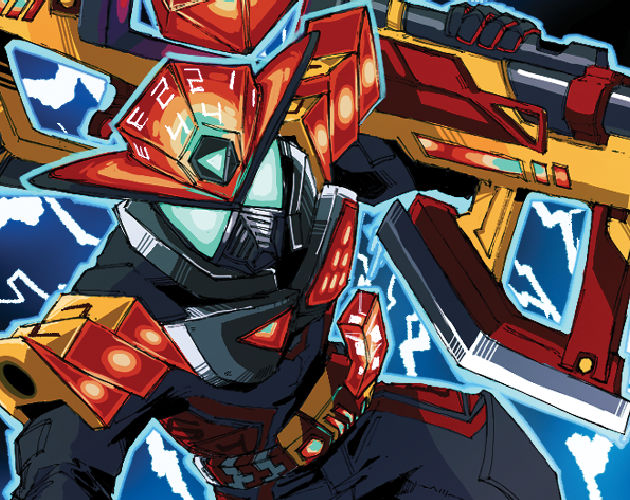 LUMEN RYDER CORE IS ITCHFUNDING (352.4% FUNDED IN 24 HOURS) by babblegumsam

PlusOneExp is helping with funding for art and layout, and will be handling print-on-demand as well.

So far, LUMEN RYDER CORE has raised enough money to hit its stretch goal of making a Regency England supplement called LUMEN RYDER AUSTEN: PRIDE & PREHISTORY, and is on its way to its second goal, an Asian urban horror supplement! Further goals include more pay for the artist, Ditey, and supplements LUMEN RYDER SQUADRON and LUMEN RYDER D+D.

Do check it out, it looks pretty cool.