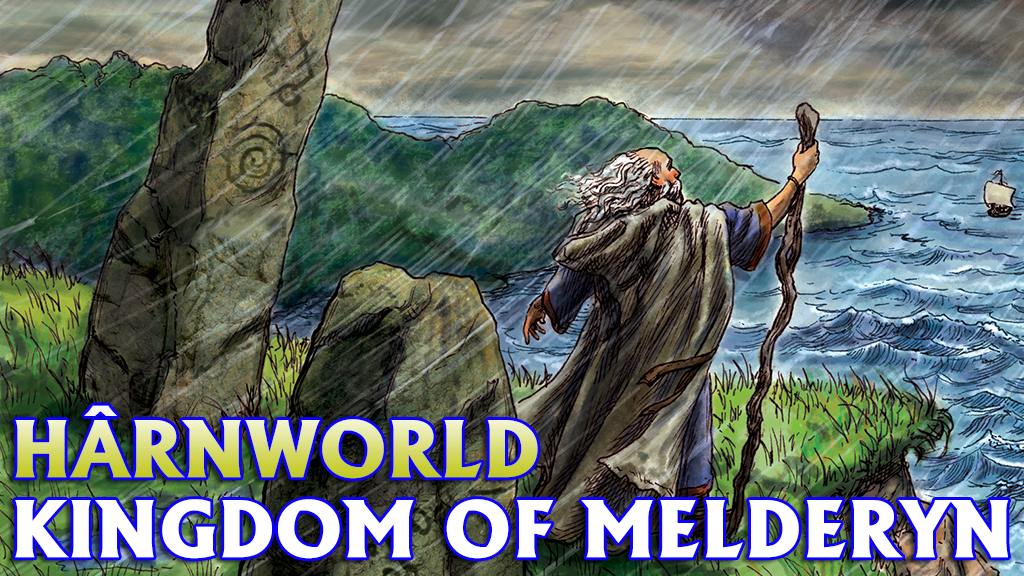 Hârn’s oldest kingdom has many mystical personas and strange goings-on attributed to the area. It is little wonder why many townsfolk call it “the wizard’s isle”.

King is advised by a secret academy of scholars, wizards, and priests called the Council of Eleven. Together, they defend the land against Ivinian Vikings, rouge knights carving out petty kingdoms, and a crusade against the Solori people.

This fantasy setting in hardback format gives gamemaster’s a vivid description of the entire kingdom, major cities, mysterious plot points, and magical happenings. Dare the explorers at your table to venture to the arcane land of Melderyn.

Go to the Kickstarter!