Inspired by Pogre's new thread for 2018, I've decided to do something similar, and post pics of all the mini's I manage to get painted throughout the year 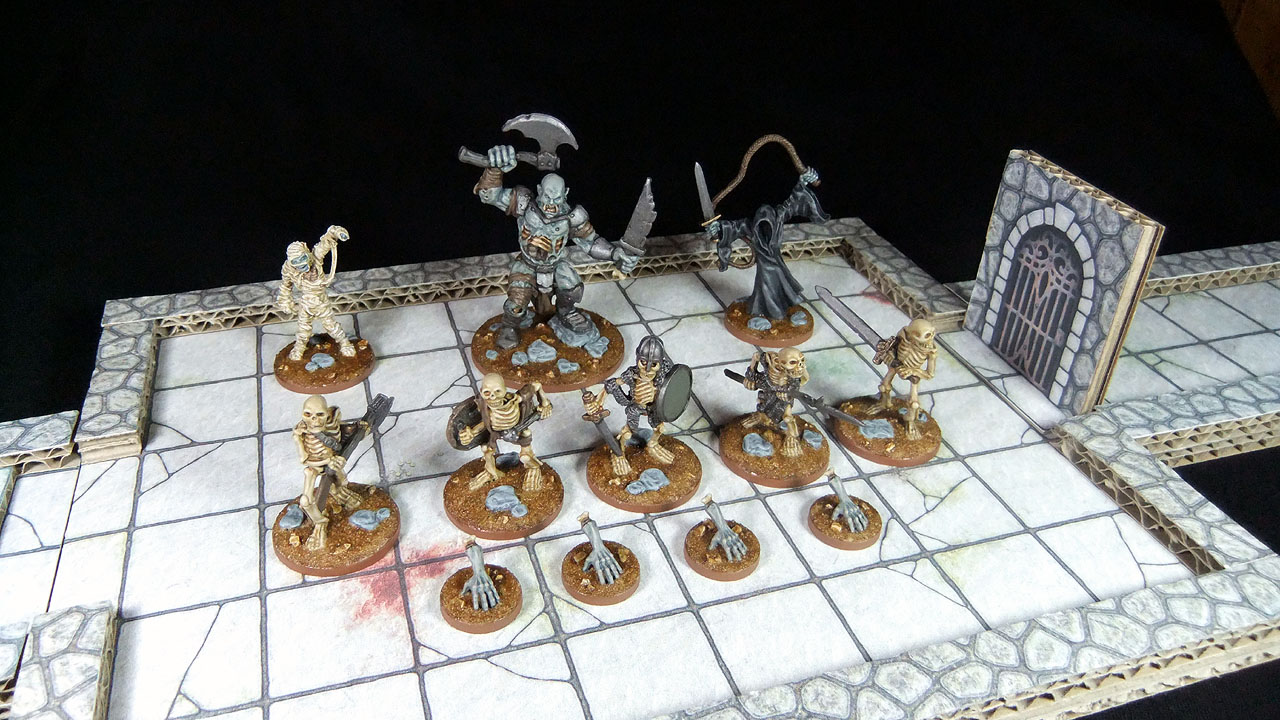 ...which I've painted in preparation for a series of undead adventures/encounters I've been planning
Last edited: Apr 17, 2018

Just to be clear, I am totally stealing that crawling hand idea. That has to be the scariest 10 xp monster in the game!

pogre said:
Just to be clear, I am totally stealing that crawling hand idea. That has to be the scariest 10 xp monster in the game!
Click to expand...

Yeah, if you hadn't already spotted it, it's just this accessory from GW's zombie sprue (note I didn't use that particular website ...I just got half a dozen of them from ebay).

[MENTION=3745]Kris[/MENTION] Fantastic crawling claws! How'd you get the bone sticking out of the arm? None of the GW zombie hand sprues I've seen on ebay have that feature. Was it a custom job? Great look!

Quickleaf said:
[MENTION=3745]Kris[/MENTION] Fantastic crawling claws! How'd you get the bone sticking out of the arm... ...was it a custom job?
Click to expand...

It actually came like that (all I've done is glued it to a small mdf base). However, I don't think it's an arm that you'd use on one of the miniatures - but rather an accessory piece that you might use for banners or bases or so on.

And, of course, as soon as I posted the above image I realised that I hadn't finished the bases - so here's a picture of a few of them now that they ARE finished, and also a couple of 'reaper bones' that I've just finished: 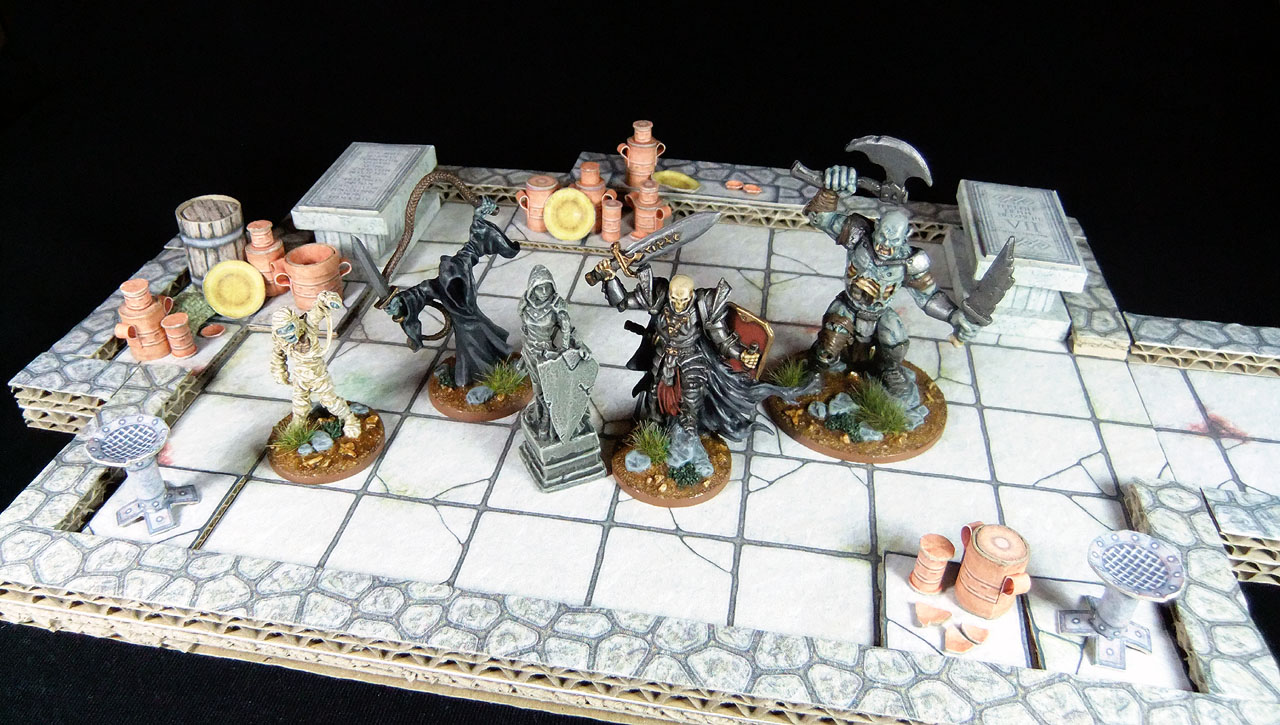 I've managed to get a couple more reaper bones mini's finished this week... 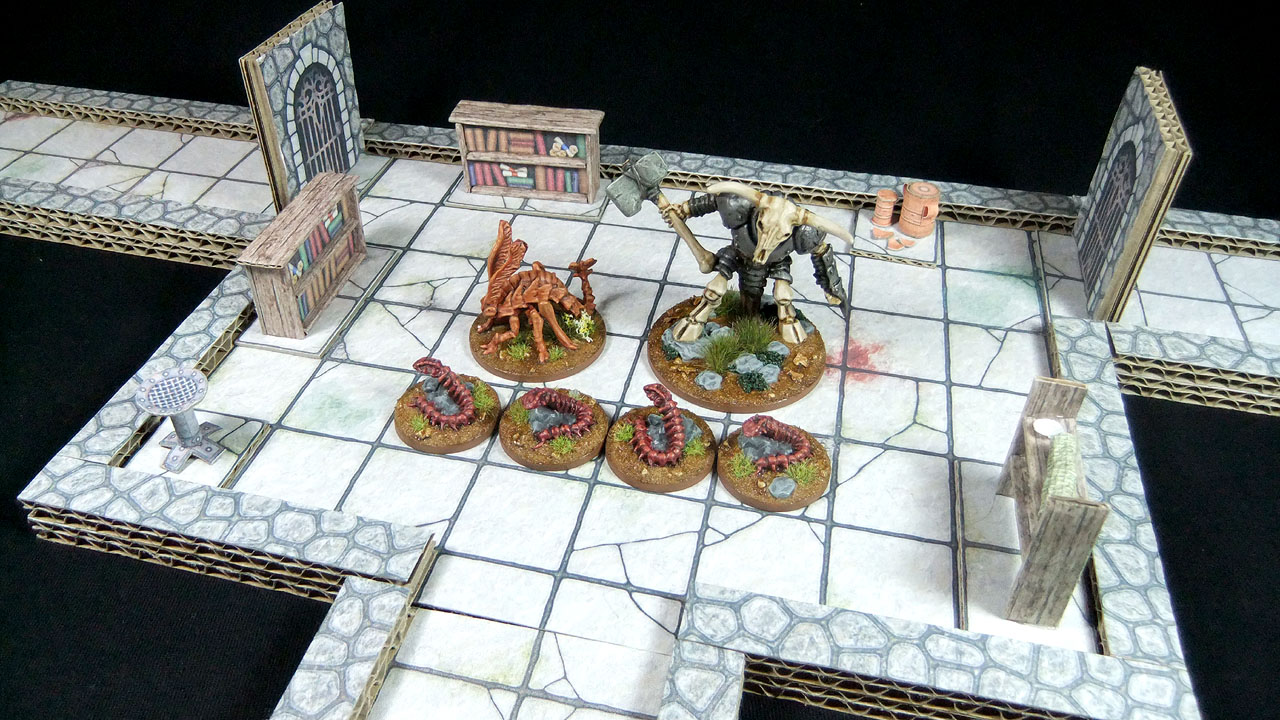 ...and a slightly better angle for the minotaur: 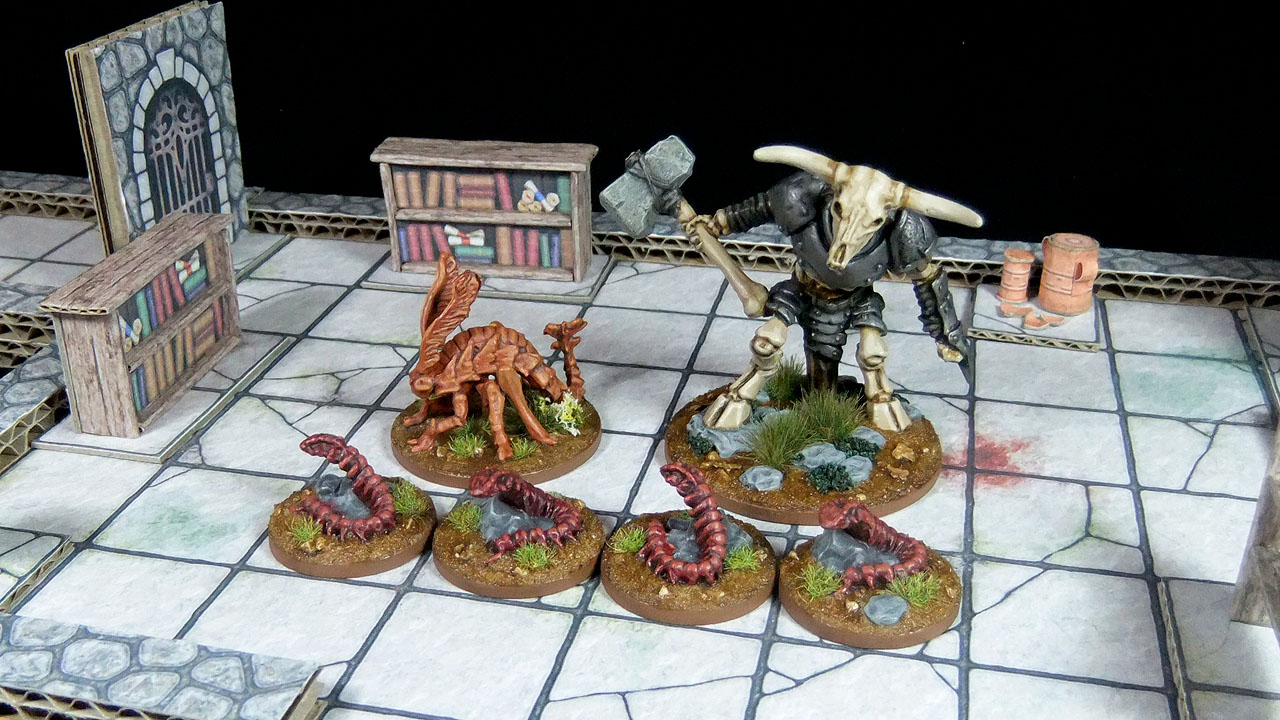 And yeah, I should have probably painted the horns and hooves a darker colour - but I was in a bit of a rush to get him done for this week's game
Last edited: Apr 17, 2018

Did you make the rocks on the bases? I like those a lot.

I made some of them - but some are part of the mini's integral base. For example... 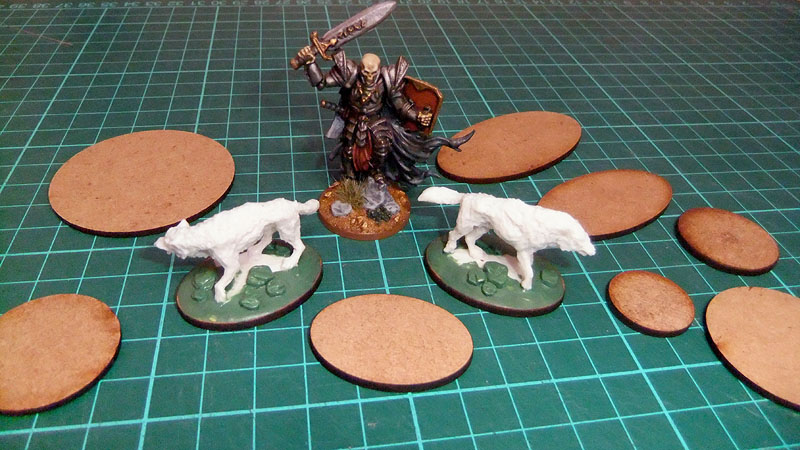 ...on these undead wolves I've just trimmed off as much of the base as I can, glued them to mdf bases (blending the edges in with some greenstuff), and then used any leftover greenstuff to quickly sculpt the rocks. However, when a 'bones' mini comes with rocks already on it's base (like the stone the skeleton knight is standing on) I'll generally just add in a few extra (or expand upon what's already there) so that the rest of the base doesn't look so empty.
Last edited: Apr 17, 2018

I really love your painting style. I wish I could hire you out to paint my bones minis.

Struggling to get an OK photo of these ...so this will have to do: 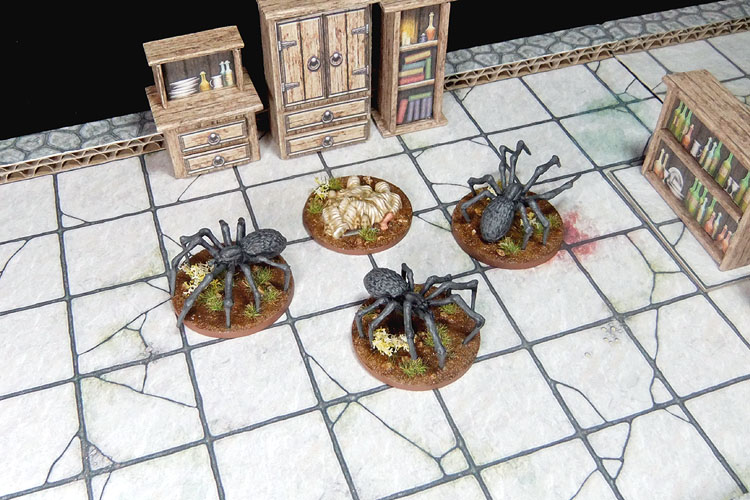 These are the first mini's I've (speed) painted from the new(ish) Nolzur's Marvellous Miniatures range, and while the sculpts are great I have a few issues:

Pros:
Great sculpts/poses - plus, with the inclusion of the web-covered humanoids, it's like getting everything you need to run a little mini-encounter in one box (though you're actually supposed to use the bodies on one of the bases).

Cons:
Flash/mould-lines ...which are more of a pain than usual because of the material, and because the minis come pre-primed (so once you clean them up, they'll probably need a bit of re-priming anyway).

Bases are a bit too small (I've used 30mm mdf bases instead of the ones supplied).

Plus I generally don't like pre-primed mini's (I usually prime in black in any case) ...plus it seems as though the primer has gone on a little thick on some of the other miniatures I've bought from this range.

The 2nd piece of 'base decoration' you get with these spiders is essentially useless.

But on the whole, I'd say they're not too bad (despite my misgivings), and I actually prefer them to the similar sized reaper bones ones I have.

Oh, and just in case anyone's wondering how I make the little terrain pieces in the background ...I started a youtube channel at the beginning of the year, and I'm posting a few tutorials over there (featuring some of my 'artwork') when I get the time.

Here's the latest one as a bit of a sampler (apologies for the accent ).

Kris said:
Here's the latest one as a bit of a sampler (apologies for the accent ).
Click to expand...

I play a weekly game with Kris and can confirm that his painting looks even better in the flesh than it does on here...

It puts my amateurish attempts to shame!

JonnyP71 said:
I play a weekly game with Kris and can confirm that his painting looks even better in the flesh than it does on here...

It puts my amateurish attempts to shame!
Click to expand...

Oh no... you've spotted my thread (I'll have to watch what I post here from now on )