So, there's a brilliant game called Умер Мужик (MUJIK IS DEAD) by Silverhoof games, with very simple yet effective mechanics that just works -- it without fail spits out a tragic story of a man, who's life is getting ruined by toxic masculinity. It's great, go read it. Then play it. It would take like an hour.

It's great, and it's also very heavy and packed with real-life stuff, so I've decided to hack it into something a bit more lighthearted -- and this engine just perfectly fits a lovecraftian horror game. 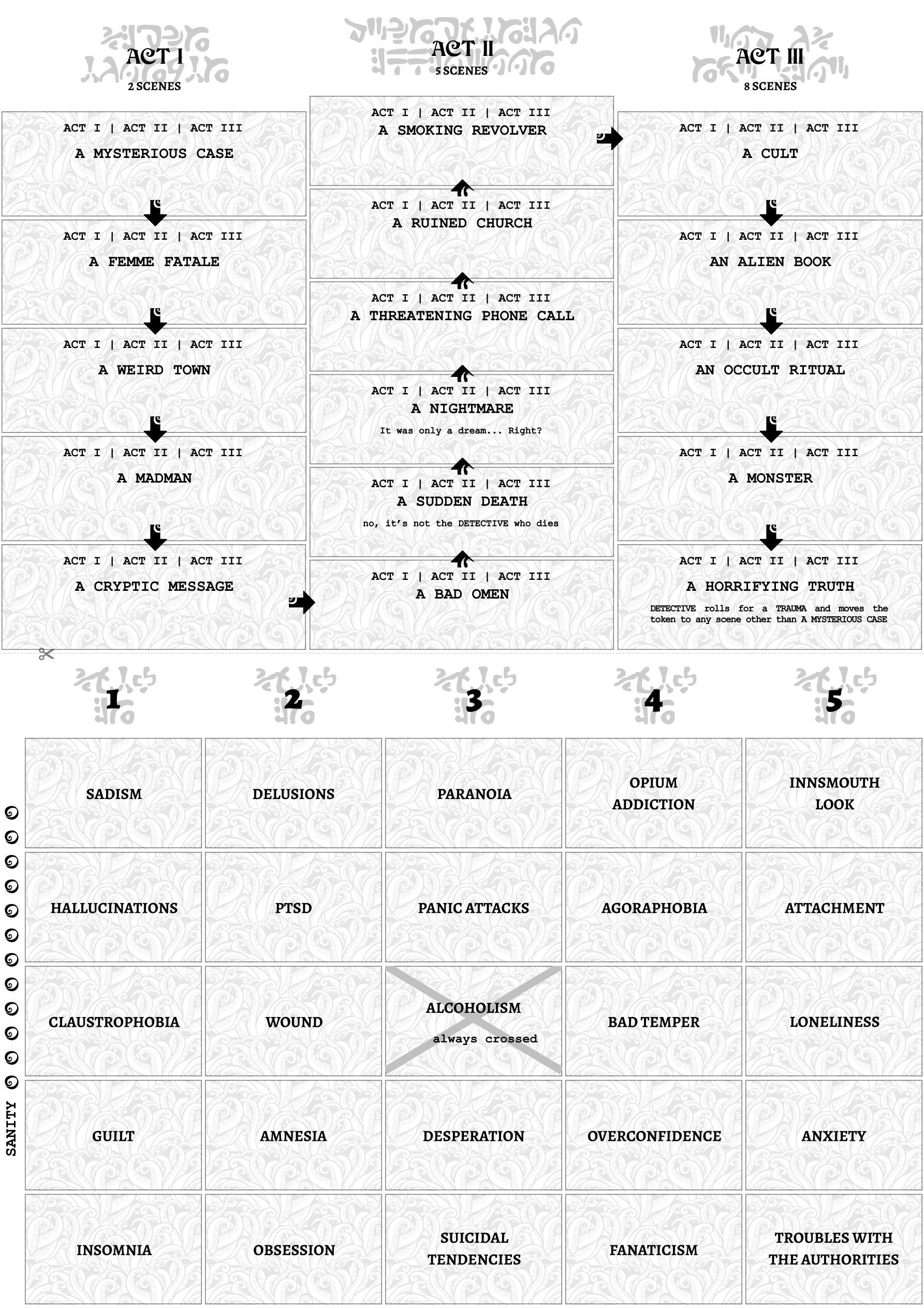 One of you will take on the role of the DETECTIVE wearing a trenchcoat and carrying a .38 Special K-frame. Otherworldly horror and your own personal demons will try to win over you and drag you into the darkness. Don’t let them. Stay strong as long as you can.

The rest of you are TEMPTATIONS. You are everywhere, at every inch of the world and you are inside the detective. You need to destroy his life and drive him past his breaking point. Choose one or make up your own:

When the rules tell you to roll for a TRAUMA, roll a D6 and select any uncrossed trauma at that column. If you rolled 6 you can pick from any column.

At the left of the TRAUMA BINGO is SANITY TRACKER. The DETECTIVE can spend SANITY to:

The game is played in three acts, each divided into a several scenes. The first scene is always "A MYSTERIOUS CASE".

An act ends when you have played a half or more of its possible scenes — 3 for ACT I, 5 for ACT II, 8 for ACT III.

At the start of each ACT, DETECTIVE loses one SANITY for each temptation in play as he keeps spiraling to insanity.

When there’s a line of 5 in TRAUMA BINGO (vertical, horizontal or full diagonal), TEMPTATIONS win and the DETECTIVE dies or goes insane.

I don't know why I did it, but it's now available in a more complete version with some generators and an example play.