ZEITGEIST Map of the ZEITGEIST setting in the year 522 AOV

I hope I can catch this before we go to print, but the map image in the first PDF release of the book has the town of Granite's name slightly misspelled. I fixed it and have uploaded here. Also, it's a high-res version, 3164 x 2498 pixels. 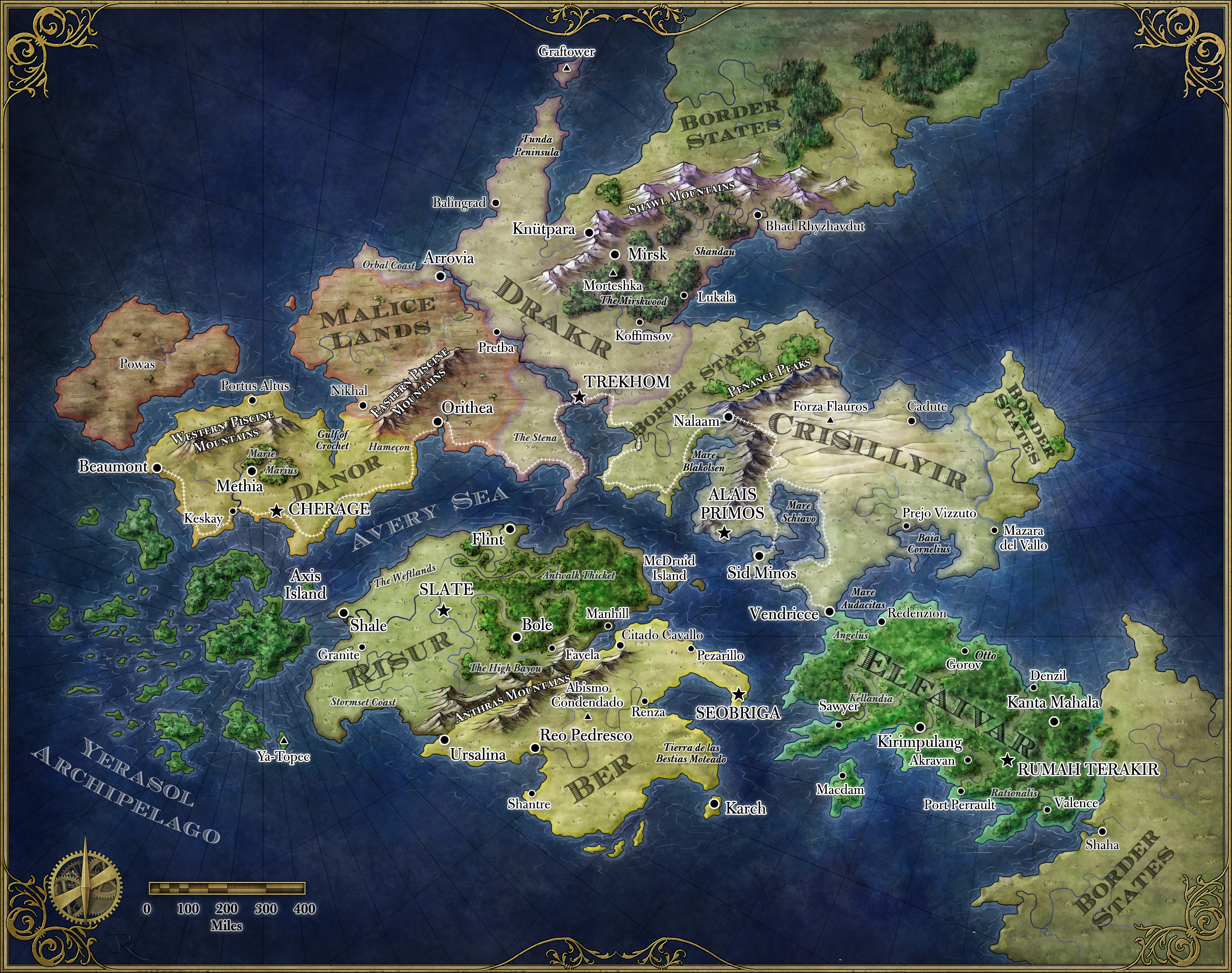 This looks great! For noobs like me, can you point out what's different on the 522 a.o.v. map than what should be there in 500 a.o.v.? Is there any player spoilers if I simply use this map from the start of the campaign?

There are a lot of smaller details, only some of which show up in the AP.

The main change is in Elfaivar, where the Elfaivarans have begun to reclaim their land, resulting in the collapse of two Crisillyiri colonies. I don't think anything else is a spoiler for the AP. Maybe you could Photoshop in the original map's version of Elfaivar from adventure 8.

Also, during the AP, Pezarillo is an insignificant fishing village. It only becomes important after people discover a portal to another plane off the coast, which is a minor spoiler. But you could easily make the town a minor city to justify its presence on the map, and it wouldn't change anything.

Oh, and technically Portus Artus doesn't exist yet, but it doesn't play a role in the AP, and you could just say it's a northern port city, which honestly we didn't have enough of, since there would have been a lot of trade along that region.

From a 500-ish AOV perspective, Karch (SE Ber) should either not be on the map, or at least a much smaller dot. Similar story to Pezarillo: it exists in 500 AOV, but it's supposed to be small and "off the radar" until certain events occur in the AP.

Also, Methia (central Danor) is shown is as "big dot" on the 522 map. In a 500 map, there's no (active) city there. Just long-abandoned ruins. Wouldn't be a spoiler to have it labeled on a map, as any historian would know of its existence, but I would use the triangle(landmark)-icon instead of the circle(city)-icon for it.

Thanks for the clarifications and explanations guys!

D&D 5E Advent's Amazing Advice: The Lost Mine of Phandelver, A module fully prepped and ready to go! Part 2a Phandalin