Monte Cook is no stranger to D&D plane-based material. He not only produced Beyond Countless Doorways for D&D 3E, but also wrote numerous Planescape supplements for TSR.

Path of the Planebreaker hits Kickstarter in October. 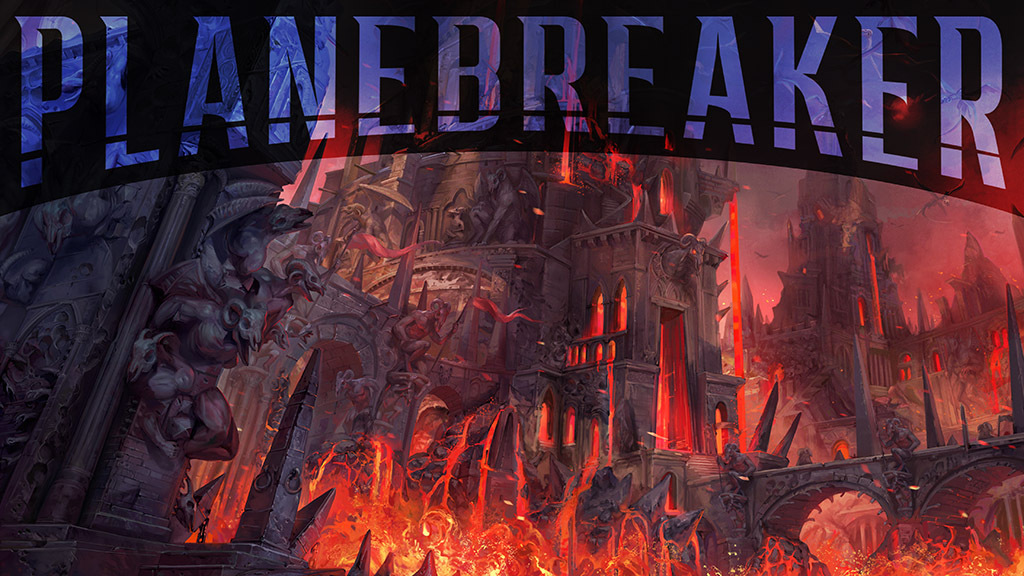 Path of the Planebreaker is a sourcebook that brings the wonders, terrors, mysteries, and treasures of new, alternate worlds—plus the inexplicable Planebreaker, an ever-travelling moon—to 5th edition players and GMs. It includes:

Dozens of brand-new planes to explore and adventure in
A bestiary of planar creatures
Playable planar species for PCs
New planar class options for players including new subclasses
Exciting new feats and spells to help you explore these new planes
This gorgeously illustrated 192-page hardcover sourcebook gives you everything you need to add whole new dimensions to your 5e game.

Path of the Planebreaker is by legendary RPG designers Bruce R. Cordell, Sean K Reynolds, and Monte Cook. All three are well known for their work on D&D—across four editions—as well as titles such as Planescape, Arcana Evolved, Pathfinder, HeroClix, Return to the Temple of Elemental Evil, Ptolus, Numenera, the Cypher System, Invisible Sun, and so much more.

Don’t miss the Kickstarter this October—sign up to find out as soon as the Kickstarter launches! We’ll let you know when the project is live so you can download a free preview of Path of the Planebreaker.

CharlesRyan said:
We rarely get super specific on launches (Kickstarter, products, etc.), not because we like to make people's lives hard or keep them guessing, but because every so often you get bit in the butt by a factor outside your control. It will be in the back half of the month. Sorry I can't be more exact!
Click to expand...


/taps foot with wallet at the ready...

Damn that looks good. Will back it for the setting. Would love to try it in Cypher System. I'm excited.

So, the guy who broke planescape is now breaking some other planes?

loverdrive said:
So, the guy who broke planescape is now breaking some other planes?
Click to expand...

It's the sort of stuff that Monte knows how to write and he has a track record of delivering good planar content (e.g., Invisible Sun, Beyond Countless Doorways, Numenera, The Strange, etc.). Just like Bruce Cordell with psionic content.

FYI, I'm still waiting on Bruce's chance to write some psionic-themed stuff for 5e and the Cypher System, @CharlesRyan.

I'll pass that on to Bruce and Monte!

The Kickstarter ends this week. If you haven't checked it out, I urge you to do so! 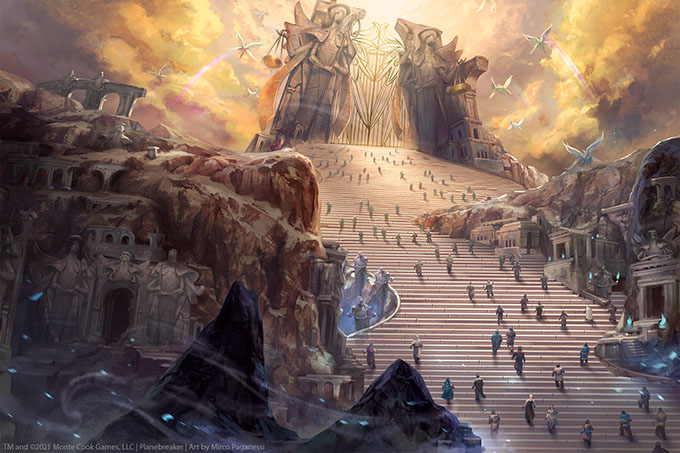 There's some cool stuff in this Kickstarter. I mean, in addition to the books themselves!