My Favorite Parts of Van Richten’s Guide To Ravenloft 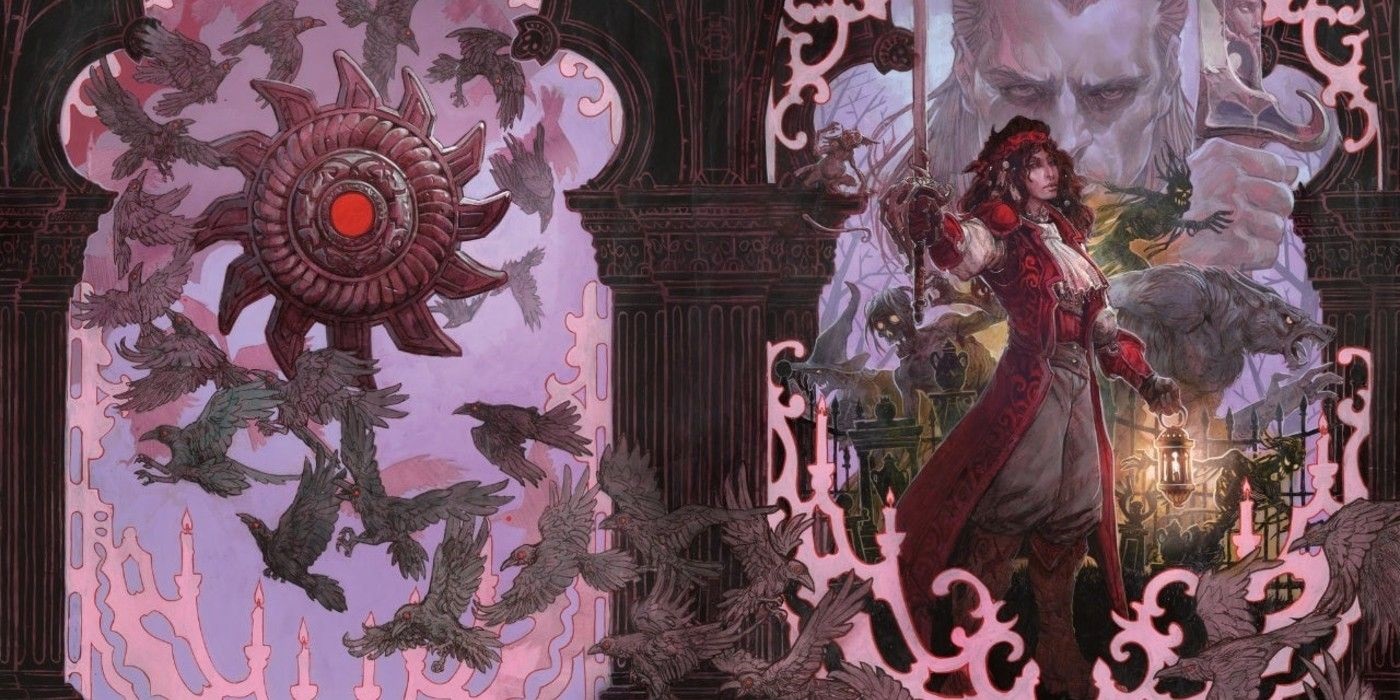 Van Richten’s Guide to Ravenloft is the most hotly anticipated Dungeons & Dragons book in a while. Ravenloft has proved to be one of the most popular official settings. Fans are excited to see a full setting book for this classic realm. The copy sent to me by Wizards of the Coast turned out to be so much more. Let’s look inside and check out some of my favorite parts just in time for the book's release on May 18th.

Toys For Spooky Girls And Boys​

The book includes a few of the expected player options like lineages and subclasses but there are a couple of interesting implementations. Hexblood, Dhampir and Reborn lineages all fit the theme of character choices for a horror setting but there’s also an implication that players can trade out their current lineage for them. Have a character die? Discuss becoming a Reborn. Get bit by a vampire spawn? Perhaps the curse only partially takes hold. These options are a great way for players to try out new character options without rolling up brand new characters.

Along those lines, the book also outlines dark gifts which can be given to plays as a cruel token from the powers that be. Each of these offers something like a class or ancestry feature with a disadvantage to balance them out. Second Form, for example, a character can cast alter self once per long rest to assume a monstrous form. But they also must choose a situation where they change involuntarily, like seeing a particular phase of the moon or being touched by silver. These gifts are a great way to show how Ravenloft changes and corrupts heroes and villains alike.

Chances are anyone interested in this book has a copy of Curse of Strahd in their library. The write-up for Barovia in this book splits the difference between new and old information. It calls out the specific themes of Barovia and makes the torments that trapped Strahd in Barovia clear to help Dungeon Masters make good thematic choices when running the adventure. It also offers some advice on how to modify the adventure, such as changing how Tatyana appears in this incarnation. She could be someone else, a ghost or even one of the player characters!

Often in the Fifth Edition line, a book claims to have extensive guidelines to modify the material within for personal use and that guidance ends up being a quick paragraph buried in the introduction. This book has a lot of discussion on how to use horror in Dungeons & Dragons through dissecting different types of horror. It offers discussion on the differences between things like Gothic Horror and Ghost Stories as this book expands into different types of horror. The book also talks about setting boundaries with players to make sure the story doesn’t cross the line from a spooky good time to scaring someone for real. A lot of play groups discuss how far they want to take things like gore but it’s also a good idea to discuss phobias and other less obvious things.

The best example of how the book is a genre toolkit first is that it discusses how to roll your own Domains of Dread before it gets into talking about Ravenloft proper. By setting up the toolbox first, it helps readers understand how the writers deconstructed Ravenloft and then put it back together again.


Everything Old Is New Again​

This may be the most controversial part of the book. The domain writeups reflect a soft reboot of the setting. Barovia remains relatively unchanged thanks to Curse of Strahd, but the developers took this opportunity to look at the other domains and take a fresh look at them. Some get cosmetic changes or gender flipped characters. Some went back to the original inspirational material and went in a different direction. Others have been completely redone. It reminded me a bit of the Marvel Cinematic Universe: the basics are the same, but the developers altered anything they felt they needed to change.

If you’re a long time fan expecting metaplot updates or explanations as to why everything’s different, there are some hints and Easter eggs but no official explanation other than a discussion on how Ravenloft is always changing. If you’re brand new to the Mists, you won’t have to do any additional reading.

Ravenloft has always played to me like action horror. The heroes encounter something creepy, they get scared for a moment, then they rally and kick the monster’s butt. In the Dungeon Master’s Horror Toolkit, they offer two sets of rules to mechanically enforce a character’s reaction to darkness. Rather than losing sanity or inflicting madness, the systems are called fear and stress.

Fear plays like an additional bond or ideal. The player chooses at least one seed of fear for their character and if they play into the fear at the appropriate moment, they gain inspiration. Stress, on the other hand, piles up and enforces a penalty to attack and saving throws when characters experience horrible things. The penalty only decreases after spending time in calm circumstances and a long rest. Neither is put forth as the official rule but I like that there are options for tables who want to act out their fear and ones who wish to feel it affect their characters.

Van Richten’s Guide to Ravenloft is a spectacular example of a genre handbook that anyone looking to add horror to their Dungeons & Dragons campaign should check out.
Click to expand...

Darrius_Adler said:
This will be my last purchase of an official Ravenloft product. It is a sad event for me as the Realm of Terror boxed set was my first D&D setting purchase and has remained my favorite setting. I am no longer the target audience. From what I have seen I will need to go to the DMs guild for any further material that fits the setting I know. It's not to say this book is all bad, I like some of the ideas in it and even some of the re-written domains. However, it is losing too much in the exchange in essentially dumping the entire history/plot lines of the setting like it never existed. This new version of Ravenloft feels more like Supernatural than Dracula. I can enjoy both but I prefer Dracula.
Click to expand...

I kinda agree. I’m going to use all my 2E books for lore and setting. But I will mine the heck out of my 3.x and 5E books for ideas and mechanics. Also the Kargatane PDF’s. I really don’t expect any redoing of an old setting to meet my expectations. I just hope there are things I can use and modify.

Tonguez said:
A vampire built like that as an opponent would be cool though
Click to expand...

Well I fully believe in using Classes and class features to build monsters!

Weiley31 said:
So you get a Monk Weapon that can do up to D12 healing/damage AND a D12 bonus to the next ability check or attack roll you make.
Click to expand...

The text for the Dhampir Vampiric Bite ability (VRGtR p.17) says you can empower yourself in one of those two ways of your choice, so you don't get both benefits. Also, you can only use the empowerment a number of times per day equal to your proficiency bonus. You do, however, get advantage with your bite attack if you are missing half or more of your hit points.

Much better for NPCs (who will likely only get to use this ability in one fight) than for players. Also, due to the advantage option, probably better for rogues than for monks. (Never mind; the bite doesn't qualify for Sneak Attack.)

overgeeked said:
It would make them MAD. You'd need high DEX for about half the stuff the monk actually does, WIS for the other half of stuff the monk actually does, then CON to make their HP higher and get a slightly better bonus on this one attack. Probably easier to burn a ki point to stun then hit them with the bite rather than build around the bite and have to juggle going for high DEX, WIS, and CON.
Click to expand...

Okay, so I know that RAW a tortle who becomes a dhampir should lose it's shell.

Having now read through some of the domains, my favourite is probably I'Cath. It evokes the culture it stems from without relying on clichees, it evokes the hopelessness of cosmic horror without any tentacles in sight - instead creating a sense of dread in the face of an impossible choice between neverending, pointless toil and possible starvation without any means of escape safe for death - and yet it all ties back to all-too-human foibles.
Seriously, both thumbs up.
Last edited: May 24, 2021