It’s another Grimm Mythological Figures post today as we consider the stepmother of the iconic heroine Snow White, that wicked woman with the truth-telling mirror: the Fairest Queen! 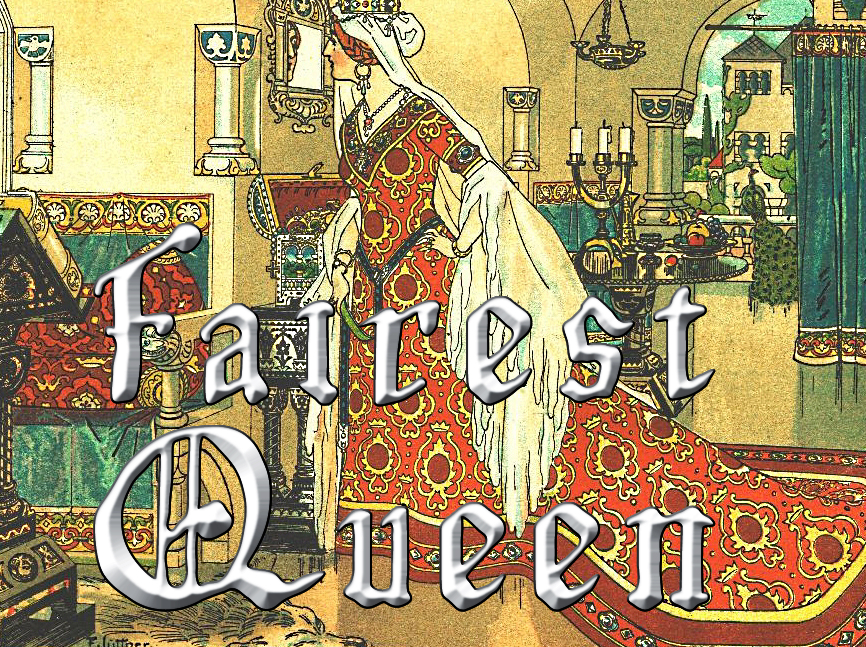 Everyone knows the fairy tale of Snow White—but which one? Depending on where in the world one looks the story might have different characters (robbers instead of dwarves), events may happen in a different or more abrupt sequence (like the abbreviated rendition by the Haus of Maus), or people might have different names or roles. For example, in the Scottish version the queen is Silver-Tree and her more beautiful daughter Gold-Tree, and instead of a mirror she has a truth-telling trout. Indeed in the first drafts of the story it’s said that the queen wasn’t even a stepmother, and that she was changed from being the birth mother because it was too scary for children otherwise.

Design Notes: Here we have a proper worker of magic so this build embraces the bard class and leans into the most beautiful college available—how could a person obsessed with their vanity be anything else? As far as that magic goes she’s mostly built for manipulation but has the goods to throw down in combat with arcane hand and finger of death, or if being sneaky is still important then greater invisibility and chill touch. Really though if she isn’t being tricky and bewitching the minds of others, the Fairest Queen isn’t living up to her potential. Let’s do the numbers! The DMG cruised in at 7.5 while the Blog of Holding landed at 8.83. Together they average out far enough past Challenge Rating 8 that we can confidently put her down for that.

Background: Noble. Due to her position as royalty, the queen is treated with a measure of respect wherever she goes. She is treated as royalty (or as closely as possible) by most peasants and traders, and as an equal when meeting other authority figures (who make time in their schedule to see her if requested to do so).

Bardic Inspiration 1d10 (4/Short Rest). As a bonus action on her turn, the queen can choose one other creature within 60 feet who can hear her. That creature gains one Bardic Inspiration die, a d10. Once within the next 10 minutes, the creature can roll the die and add the number rolled to one ability check, attack roll, or saving throw it makes. The creature can wait until after it rolls the d20 before deciding to use the Bardic Inspiration die, but must decide before the GM says whether the roll succeeds or fails.
In addition, the queen can use a bonus action to expend one use of Bardic Inspiration, choosing up to 5 ally creatures she can see within 60 feet. These creatures each gain 14 temporary hit points and, if they so choose, can use their reaction to move up to their speed without provoking opportunity attacks as long as they move towards the queen by using the safest and shortest route.

Captivate (1/Short Rest). When the queen performs a recital for at least 10 minutes, at the end of the performance she can choose 5 humanoids that are within 60 feet and who observed the entire performance. A targeted creature makes a DC 17 Wisdom saving throw or is charmed by the queen for 1 hour, until taking damage, or until she attacks it or it witnesses her attacking one of its allies. While charmed these targets idolize the queen, hinder her opponents, and speak her praises—they do everything to help her short of engaging in violence unless they were already predisposed to do so. Creatures that successfully save against this feature do not realize that the queen attempted to charm them.

Countercharm. As an action, the queen can start a performance that lasts until the end of her next turn. During that time, the queen and any friendly creatures within 30 feet of her have advantage on saving throws against being frightened or charmed. A creature must be able to hear her to gain this benefit. The performance ends early if she is incapacitated or silenced or if the queen voluntarily ends it (no action required).

Jack of All Trades. The queen adds +2 to any ability check she makes that doesn’t already include her proficiency bonus.

Majestic Power (1/Long Rest). The queen can use a bonus action to unleash fey power for 1 minute. For the duration, on each of her turns she can cast command as a bonus action. These castings do not use spell slots. In addition, while this feature is active any creature that is charmed by the queen automatically fails its saving throw against her command spells.

Song of Rest. At the end of a short rest, if the queen or any friendly creatures who can hear her performance regain hit points by spending one or more Hit Dice, each of those creatures regains an extra 1d10 hit points.

Sovereignty (1/Short Rest). The queen can use this feature to cast sanctuary on herself. When a creature fails its saving throw against the spell, for the next minute the queen has advantage on Charisma checks she makes against the creature, and during her next turn it has disadvantage on saving throws against her spells.

Spellcasting. The queen is a 14th level spellcaster that uses Charisma as her spellcasting ability (spell save DC 17; +9 to hit with spell attacks). She knows the following bard spells:

Nice work as always Mike. Thank you for sharing!

Also, are these previews of Mythological Figures & Maleficent Monsters II?

Could hardly do Snow White and not her antagonist! I'm not in charge of picking what books are made but I certainly hope so and I'm keeping count of where we're at with new entries—we shall have drop bears I say! DROP BEARS FOR ALL!

Did you do The Hunter?

bedir than said:
Did you do The Hunter?
Click to expand...

Not yet. Not sure if the hunter—or for that matter the dwarves/robbers—are in as dire a need for actual statistics (I'd just use the statistics for a veteran and scouts, respectively).

Mike Myler said:
Not yet. Not sure if the hunter—or for that matter the dwarves/robbers—are in as dire a need for actual statistics (I'd just use the statistics for a veteran and scouts, respectively).
Click to expand...

Tonguez said:
The Atalanta build appears to fit the bill - it just needs a gender change
Click to expand...

Truth! Atalanta would work great as the hunter. ^_^ 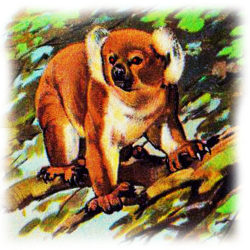 D&D General The War Between Vecna and the Raven Queen: Origins, Thoughts, and Campaign/World-Building Ideas