Today’s Mythological Figures post is a myth from just last century in the Big Apple, a lass so fierce and tenacious (and so well known for headbutting people) that they called her the Goat: Sadie Farrell! 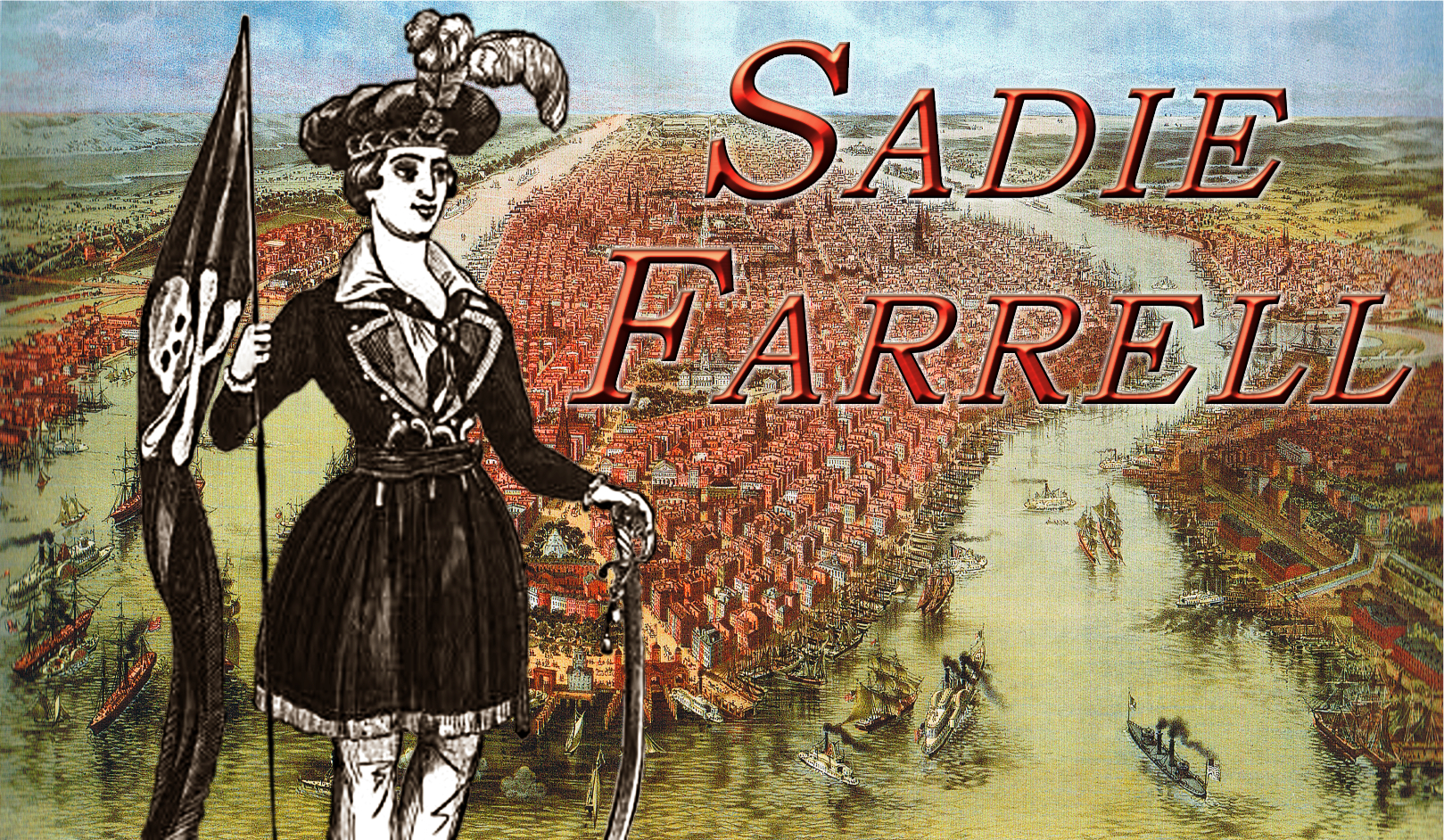 This mugger prowled the “Bloody” Fourth Ward of Manhattan Island, charging at targets and knocking them down so an ally nearby could waylay and rob their victim. She’s best known for that unusual tactic, a feud with the female bouncer Mag (who’s said to have bitten her ear off in a bar fight then kept it pickled on display before ultimately returning it), and river piracy. One day Sadie happened upon some bungling criminals, convinced them to let her be their leader, then helped them take a small sloop they sailed upriver to burgle everyone they reasonably could. For a summer it’s said they became terrors of the Hudson and Harlem Rivers, only stopped when their thieving assaults were met by gunfire and staunch resistance. When it all become too difficult she became “Queen of the Waterfront” and returned as a hero of the underworld, her place enshrined into the legends roving about the city of New York.

Design Notes: This could have been done simpler. A third level monk could stand in for Sadie, or for that matter a fighter. What’s below is a package of oh-no for players however and represents a much more versatile fight for when a GM needs to pull out a tough gang leader with statistics more interesting than a gladiator. Not only can she dish out a fair bit of damage, Sadie here can routinely force somebody she hits with one of her bonus attacks each round to make not one but two saving throws to avoid being knocked prone—making her headbutt-and-buddies-attack tactic both assured and effective. With a little luck she might even be able to knock down the entire party in the first round of combat! Let’s do the numbers: the DMG came up with 4.79 and the Blog of Holding 6.33, averages to 5.56 which puts her comfortably at CR 5.

Background: Urchin. Sadie and her allies (while outside of combat) move at double their normal speed when traveling between two locations in the same city.

Action Surge (1/Short Rest). On her turn, Sadie can take an additional action on top of her regular action and a possible bonus action.

Cunning Action (1/Turn). Sadie can use a bonus action to take the Dash, Disengage, Hide, Use Object action, to make a Dexterity (Sleight of Hand) check, or to use thieves’ tools to disarm a trap or open a lock.

Ki (3 points/Short Rest). Sadie can spend ki to fuel the following features:
Maneuver Master (4d8/Short Rest). Sadie can expend a maneuver die to perform a single maneuver with an attack.
Open Hand Technique. Whenever Sadie hits a creature with one of the attacks granted by a bonus action or expending ki, she can impose one of the following effects on that target:
Second-Story Work. Climbing does not cost Sadie extra movement. When she makes a running jump, the distance she covers increases by 3 feet.

Second Wind (1/Short Rest). On her turn, Sadie can use a bonus action to regain 1d10+3 hit points.


REACTIONS
Deflect Missile. Sadie can spend her reaction to strike a missile when she is hit by a ranged weapon attack, reducing its damage by 8 (1d4+6). If she reduces the damage to 0, she can catch the missile if it is small enough for her to hold in one hand and she has at least one hand free. If Sadie catches a missile in this way, she can spend 1 ki point to make a ranged attack with the weapon or piece of ammunition she just caught, as part of the same reaction (+7 to hit, range 20/60 ft., minimum 1d4+3 damage).

Mike Myler is a freelancing RPG goblin (or goblin that freelances for RPGs?), the editor for the excellent EN5ider Patreon, and the Project Manager for Level Up: Advanced Fifth Edition. You can also find his marks in the N.O.W. book for the What's Old Is New RPG and on www.mikemyler.com⁠ (which has the neatest collection of free content around as well as links to his 6 hardcover campaign settings).
H

Happy New Year, Mike. Thank you for another jam-packed year of mythological figures. 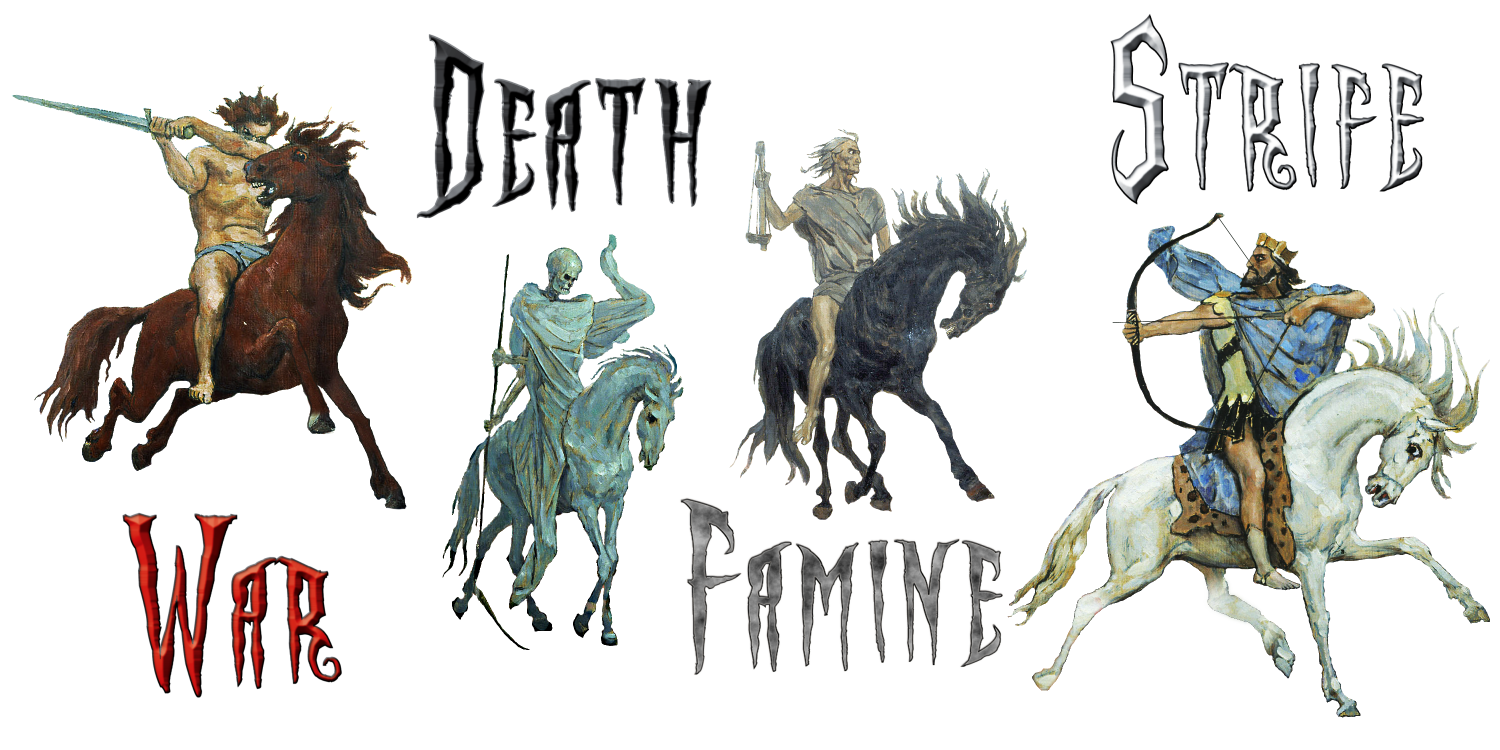 I was hoping for D&D stats for Elf on the Shelf, the Keebler Elves, the Muppets, the Smurfs, and the Care Bears after 2020. Maybe the Four Horsemen could skip this present generation.

Hatmatter said:
I was hoping for D&D stats for Elf on the Shelf, the Keebler Elves, the Muppets, the Smurfs, and the Care Bears after 2020. Maybe the Four Horsemen could skip this present generation.
Click to expand...

I can help with some of that! For example, I've run a few really fun Muppet one-shots.

Don't have any smurfs
but 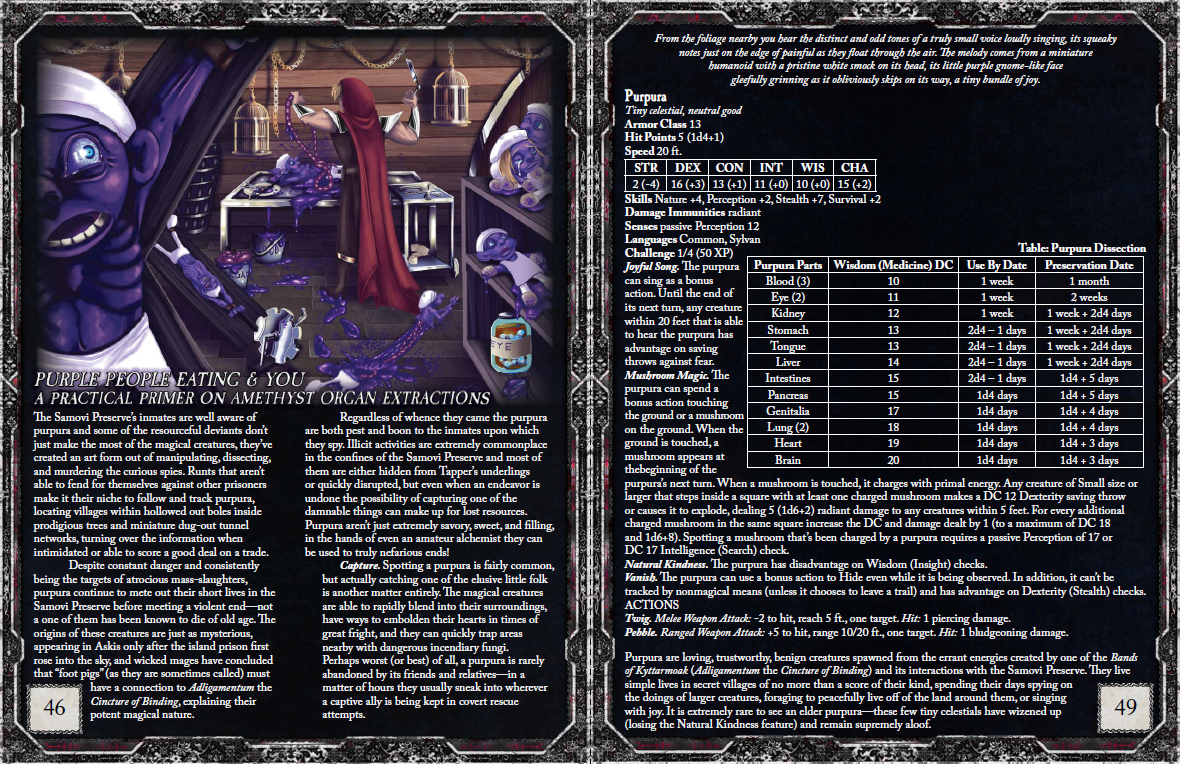 same with this one "You are ignoring content by this member. " 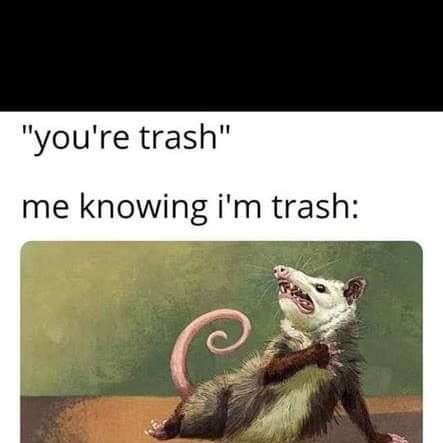 Mike Myler said:
I can help with some of that! For example, I've run a few really fun Muppet one-shots.

Don't have any smurfs
but

I love it Mike! You made my day.