Release Necromancers for Halloween (and PF2)

Just wanted to share that I've released the Golarion Necromancer over on Pathfinder Infinite.

I also have a podcast we recorded that reviews the book (after my part, so it's unbiased) coming out next week. I'll share a link once that's live in the replies.

Banned from the Boneyard is an expansion on the necromantic concepts laid forth in The Book of the Dead. As a member of the necromancer class, you practice magical arts forbidden to even the most faithful of clerics, the most studious of wizards, the cunningest of thaumaturges, and the wisest of druids. Learn the secrets of Geb, Kabriri, Urgathoa, and even the Whispering Way; just some of the power you can wield as one who risks being banned from the Boneyard. 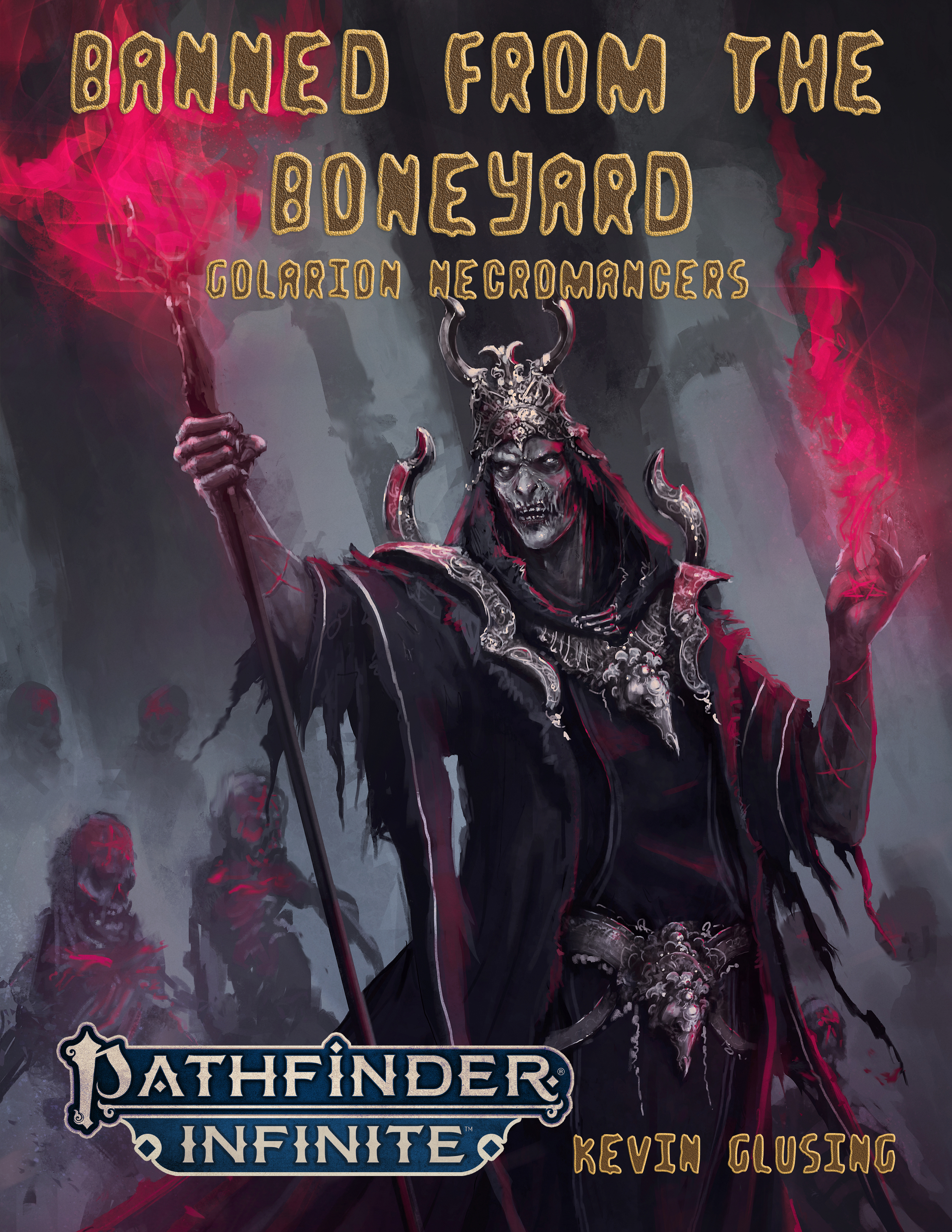 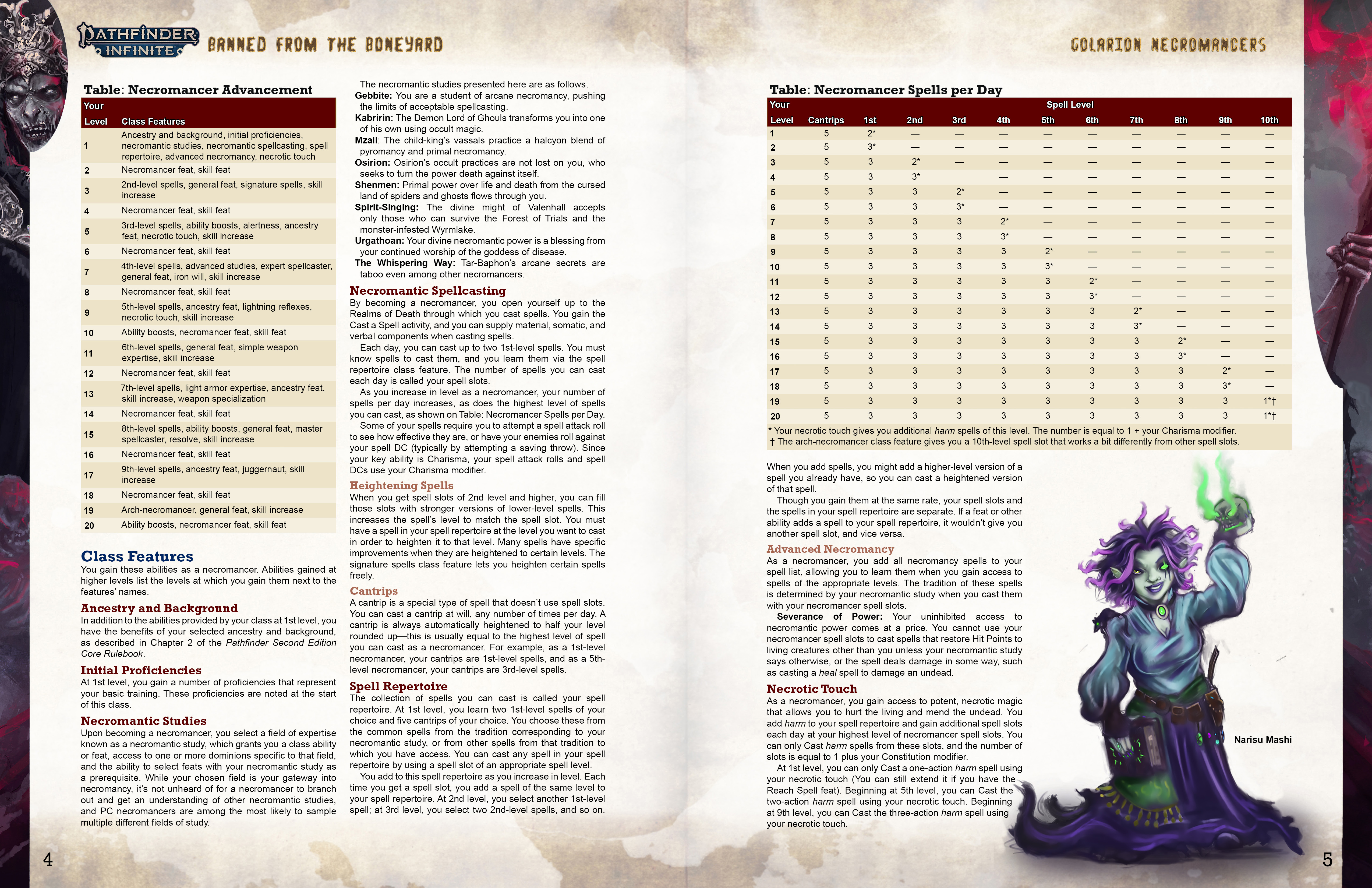 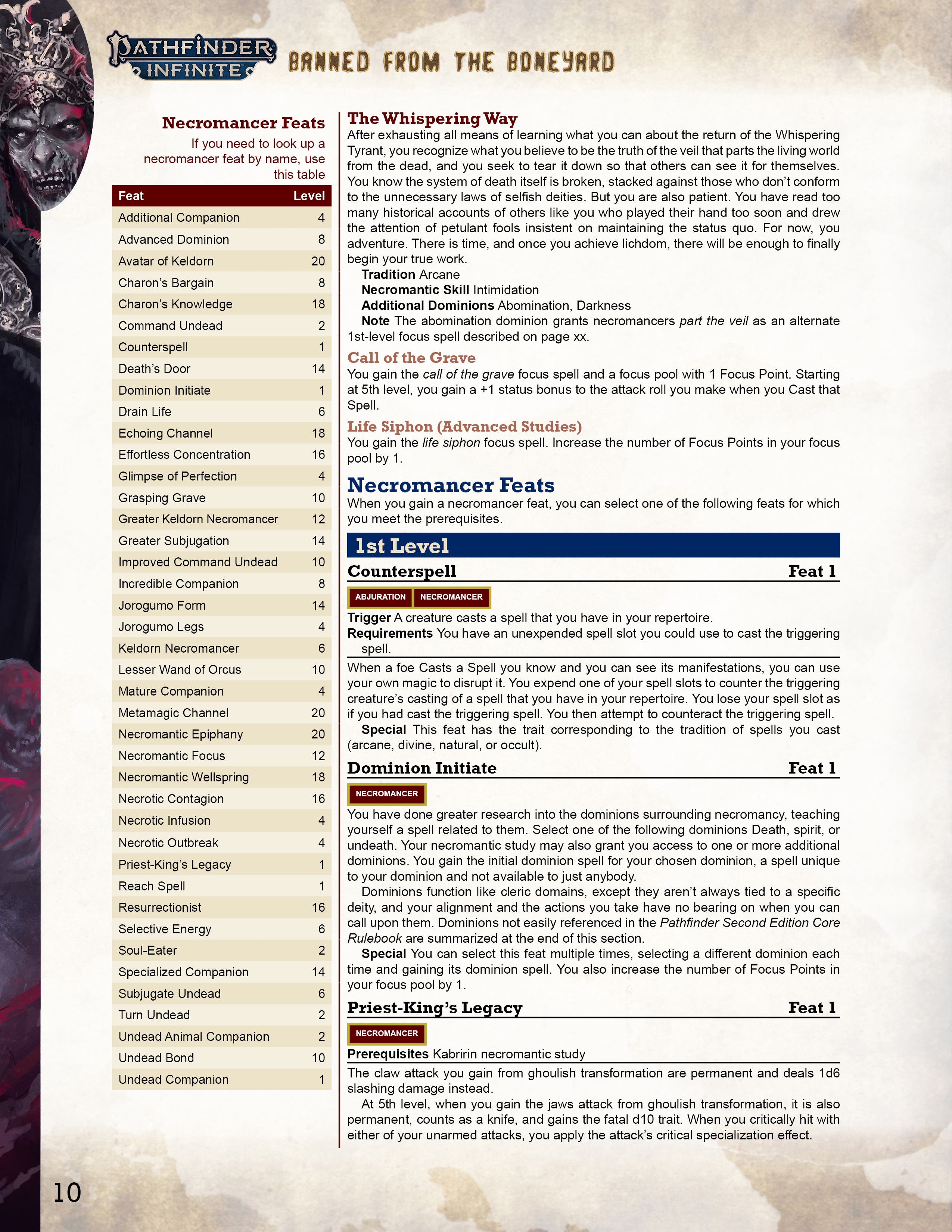