D&D players have long been called “nerds” so it's not a shock that Wizards of the Coast decided to partner with the Ferrara Candy Company to create original Dungeons & Dragons adventures that you can get for free by uploading receipts that show purchases of NERDS Candy®. The promotion involves six 1st-level, solo mini adventures followed by a final adventure for multiple players. WotC sent me the first adventure to sample, along with some Dungeons & Dragons-branded NERDS Candy®. 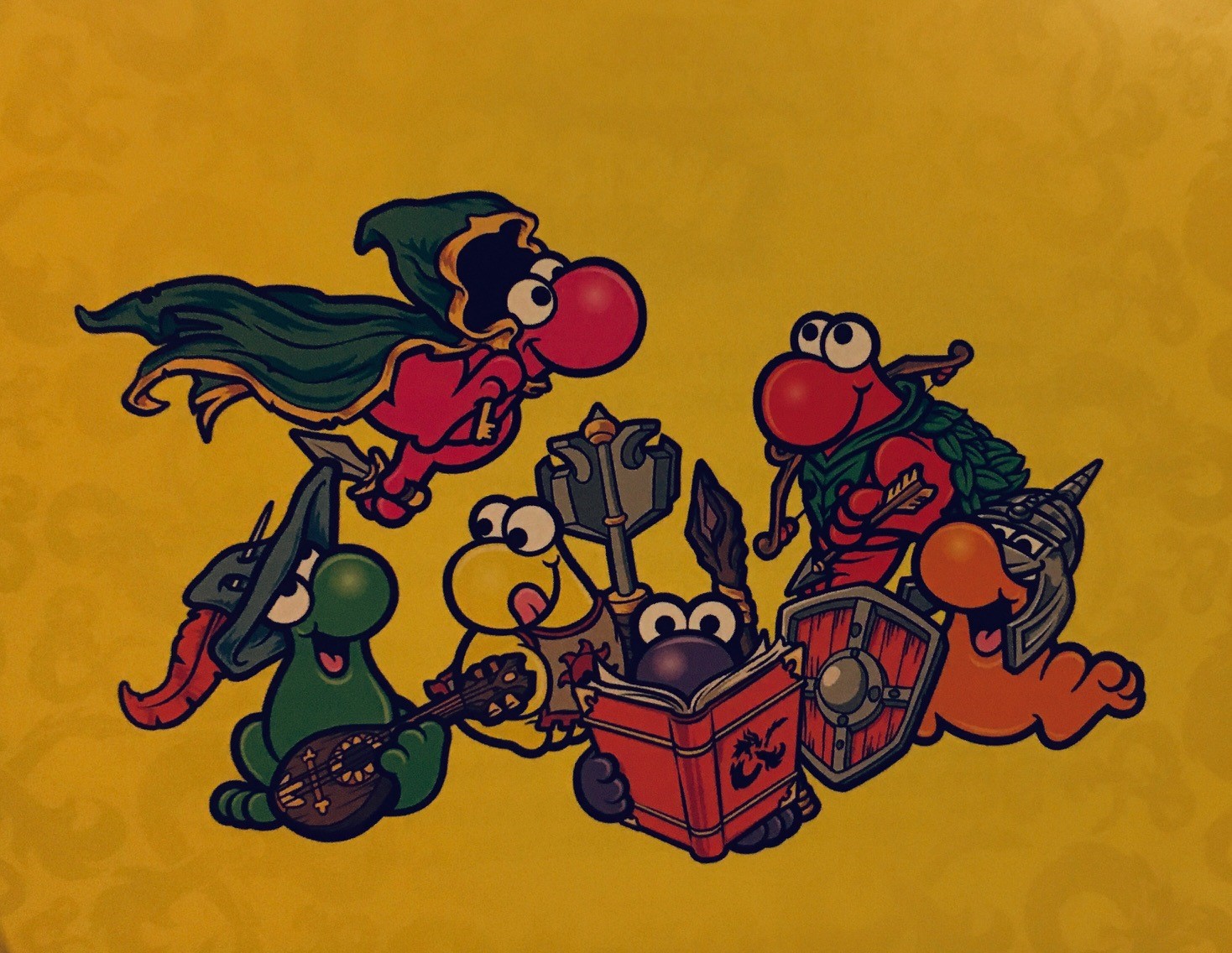 While I only have the first adventure (The Candy Mountain Caper), it provides a summary to the overall challenge, called Restoring Harmony. Things are changing in the Land of Harmony. Instead of its usual vibrant, colorful, cheerful energy it's gradually losing its color, turning gray and becoming somber. Emo the Beholder and his minion Mr. Greystone found a way to access the Prismatic Well, whose energy provides color and vibrancy to the Land of Harmony. The players must stop the despicable duo from leeching the energy, leaving it dull and lifeless.

The NERDS don't know about the Prismatic Well. They're mystified by the changes happening in the Land of Harmony. Luckily the Lorekeeper Society is aware of the Prismatic Well, but not its location. It can be found with the Amulet of Harmony, but the Gems of Power must be found to power it. Each mini solo adventure allows a character to find and reclaim one of the gems. 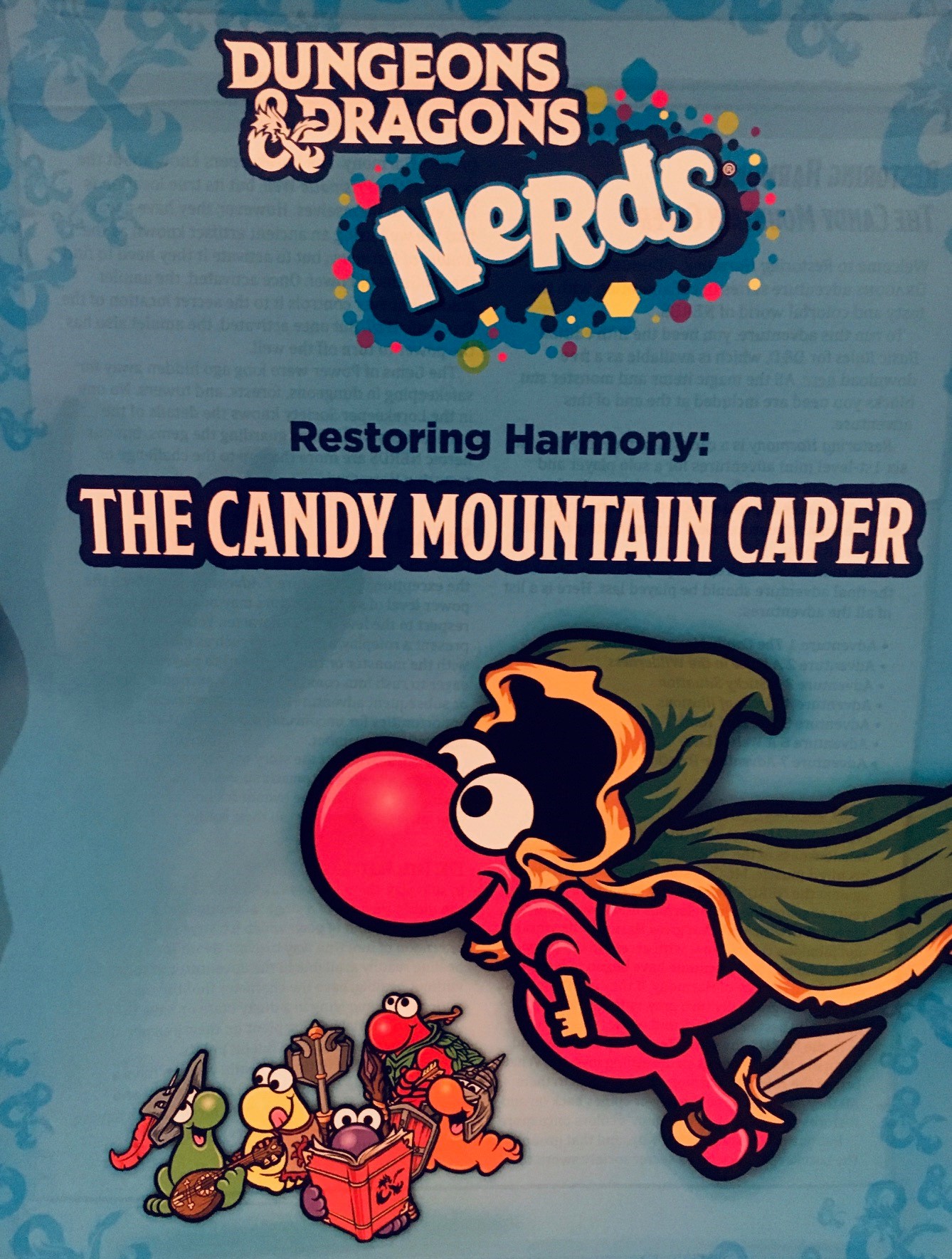 In this adventure Mr. Honeycutt, a good wererat member of the Lorekeeper Society recruits Pink, who is a pre-made character. This first-level rogue is curious, clever, and always looking for traps to disarm. The character is one that a child could easily play and gives enough background for a player, new or experienced, to have some fun with. The adventure lets Pink investigate, sneak around, disarm traps, and evade (or fight) kobolds until Pink finds the Coral Gem of Power.

While it's a fairly straightforward adventure designed for newcomers to handle, even if they're kids, it does several things right. First, in addition to having some instructions for how to roleplay it also gives good advice for the DM, reasonably assuming they're new to D&D, too. 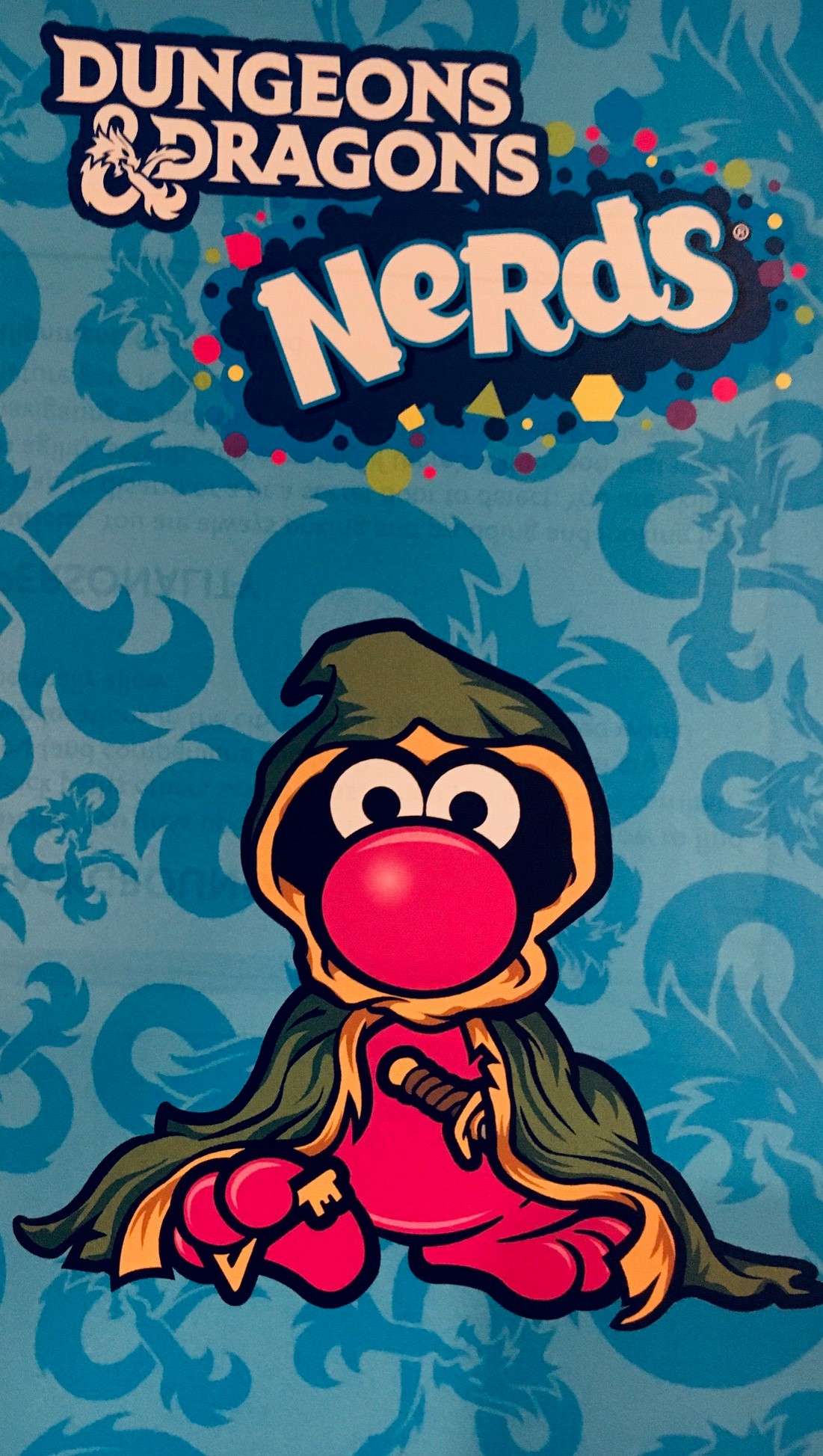 Because this is a solo mission, the DM is guided as to how to tweak the adventure, if necessary, to avoid overpowering Pink. It even has a couple of paragraphs on what is a TPK, why they're especially not fun for a solo adventure, that fun is the point of playing, and how to adjust the adventure. For example, if an attack would kill Pink, unconsciousness and dragging Pink to a monster lair could be a better alternative.

It also gives examples as to how to dial up or down the scariness of certain sections, based on the player's interest. Suggestions are also provided about places in the adventure to emphasize some role-playing.

Restoring Harmony: The Candy Mountain Caper is a cute little adventure. It does exactly what it sets out to do – be an introduction to D&D, one that is especially kid friendly but not limited to kids. And if you're already a fan, it's easy enough to save receipts to NERDS Candy® and try this and the other six adventures out. Visit www.nerdscandy.com/dnd for more details.
Last edited by a moderator: Sep 17, 2021
Click to expand...

I guess if you die you can eat your miniatures in consolation.

What race are the Nerd pre-made characters?

Henadic Theologian said:
What race are the Nerd pre-made characters?
Click to expand...

They're Nerds! The character sheets for Pink, Yellow, Red, Green, Purple and Orange don't specifically state a race, but they are referred to as Nerds frequently in the text of the adventures.

Pjack said:
So most of these are "one-on-one" adventures, with one player, one DM. Are one-on-one adventures sometimes referred to as "solo" adventures? I thought that solo adventures only referred to games for a single player.
Click to expand...

It is confusing. I use the word 'solitary' role-playing when I play alone.

This is peak cringe

I still wondering how he can manage his dagger with no arms, but needs his foot to carry the key.

Ramaster said:
This is peak cringe
Click to expand...

You seem to be forgetting that the 1980s had D&D-themed lunchmeat.

And it was balogna!

I saw that this site linked to all the adventures. I only looked at the 2nd one with Red, the Ranger though. It did have Mr Hunneycut the wererat listed a bad guy so maybe he is in all of them. There was also a picture of a box set that looked like it has shaped gummies. 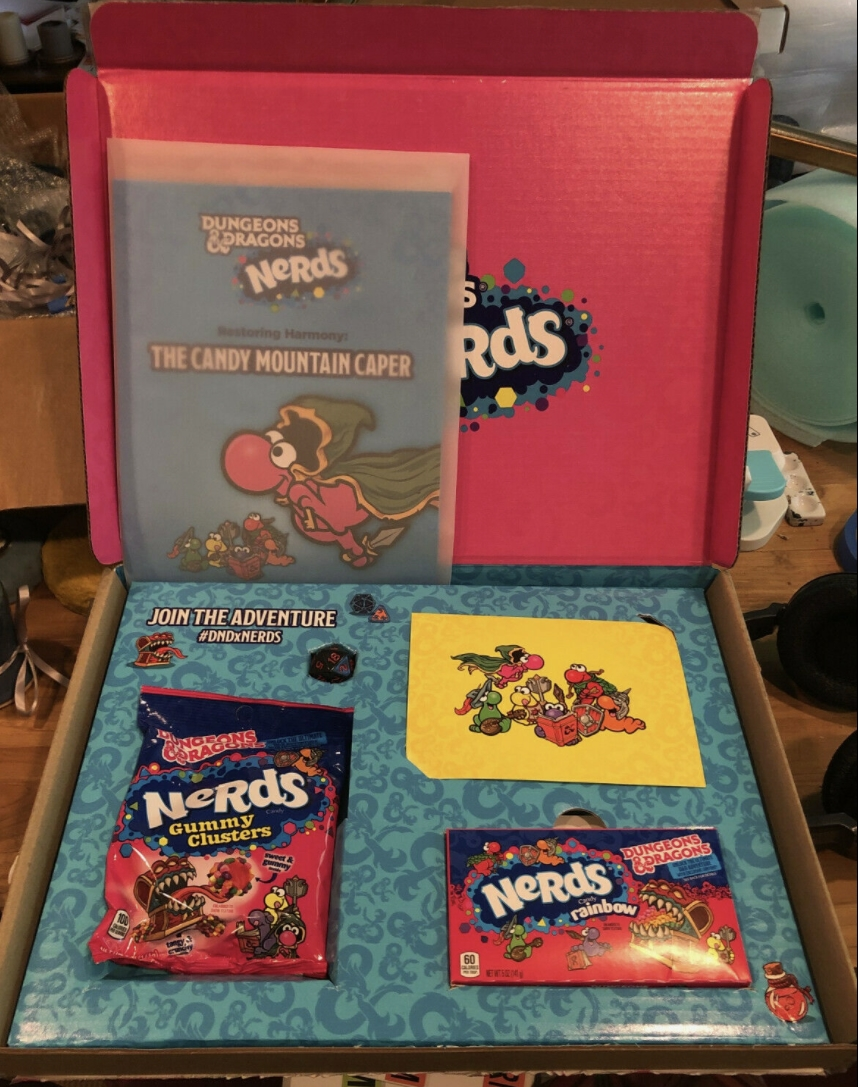