Publisher
Inkwell Ideas has recently refreshed the random world generator in Worldographer. The biggest new additions are:
Worldographer has a free version and a paid license (both are the same download). Get it at Download : Worldographer: RPG Map Software

We’ve got a video describing it from a how-to-use-it perspective. Here is a screenshot: 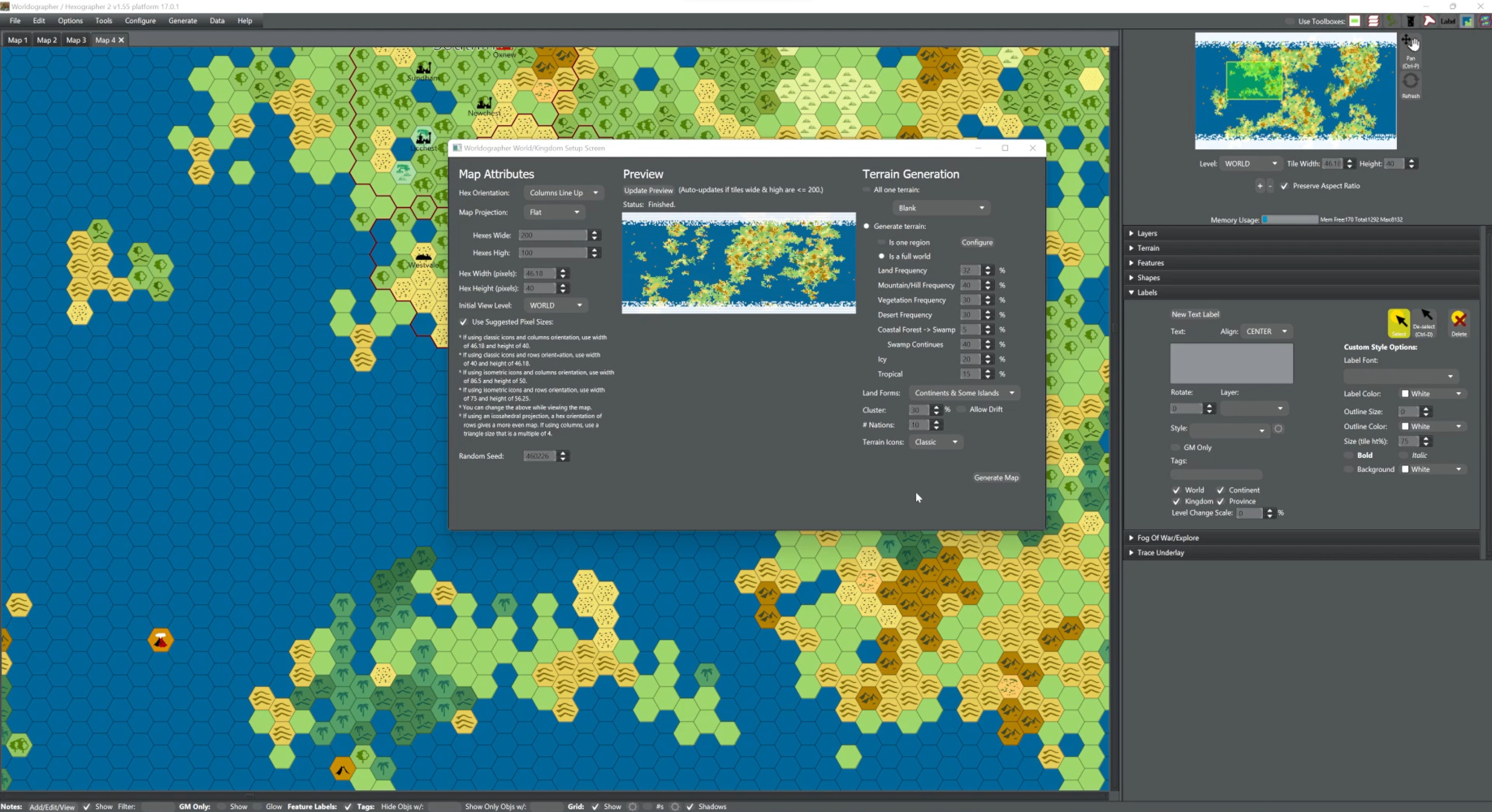 In addition, as we approach the end of another month it is time to preview the new map icons we're creating for our Patreon (sort of an opt-in subscription) previews begin! “Utopia Future” won our poll for the run-off for what type of future icon set we should make… which implied to us to look for inspiration from Star Trek’s Federation. We did this a couple years back (and to a small degree even before that)… so while we’re designing this set to stand on its own, you may also want to go back and get those prior related sets for even more options which we have on DriveThruRPG:
A little more about these new icons… in the prior Outer Space Expanded set we focused on a moon colony’s terrain & points of interest as well as several ships, stars, planets, asteroids, & space stations. On the ground in this new set we’re focusing on a planet’s utopian settlements as well as terraformed land and robofarms. In outer space we’ve updated/refreshed one set of ships and did a new/different faction of a few ships. A couple more space stations and several earth & earth-like planets round out the set. 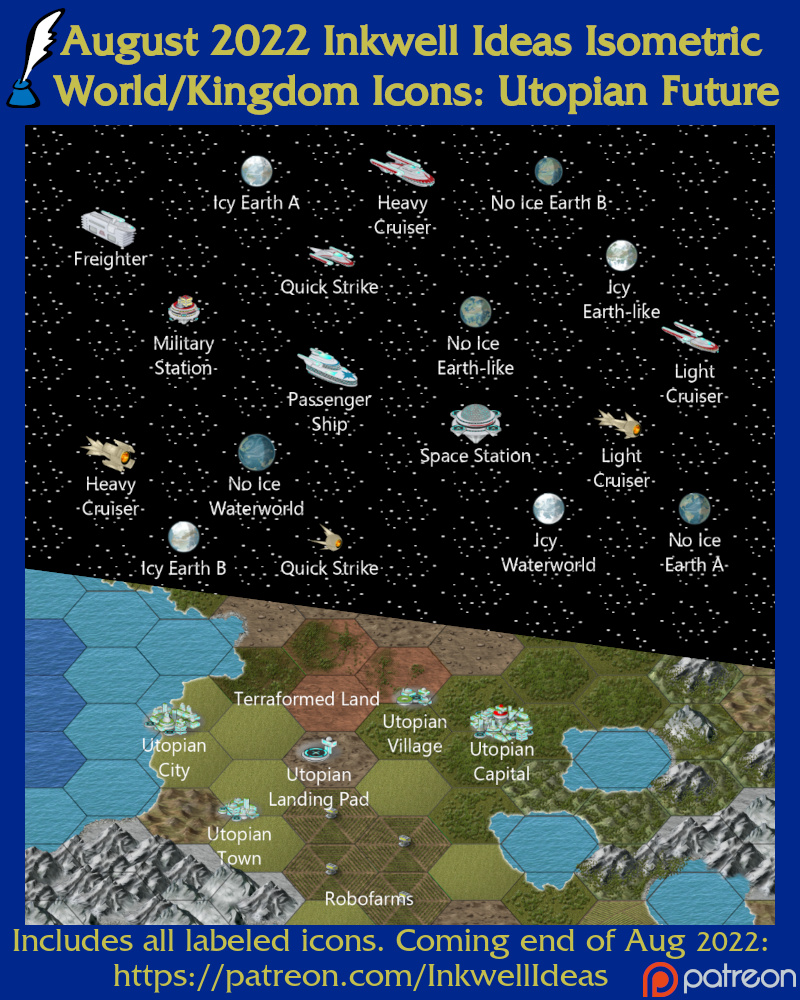