A Dark Night For Russia

In the wake of the collapse of the Soviet Union in 1991, the Russian government decommissioned several publicly hidden research facilities devoted to ‘arcane science,’ chief among them, PERM Laboratory 37. Recently, due to several strange energy emissions, the location of the PERM 37 facility has been discovered by various parties with an interest in the lab’s inventory of eldritch artifacts.

You’re an agent of one of these factions on your way through driving sleet to the facility. Dusk is falling as you pass through the broken security gate… 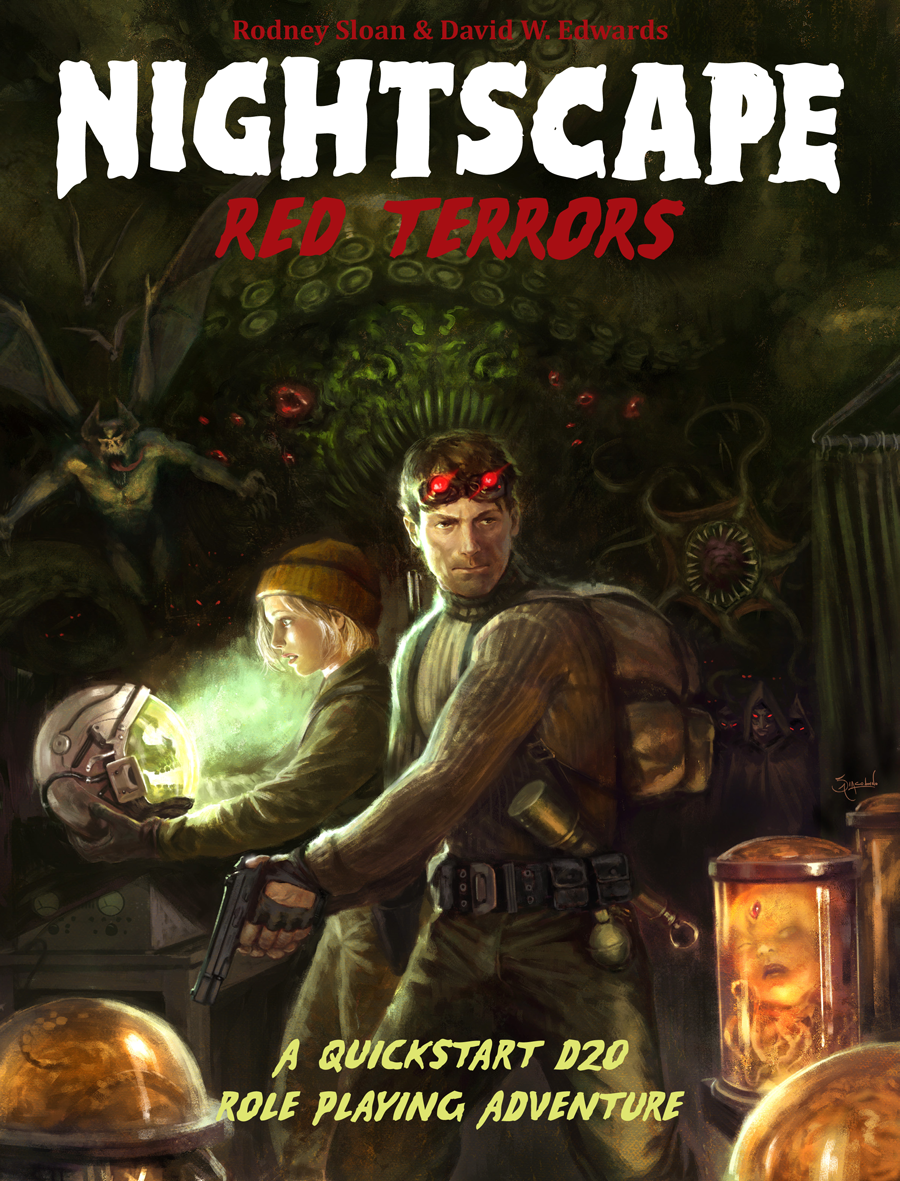 “The line between magic and science disappeared in the utopianism of the early Soviet period. Hopes formerly invested in religion and magic were transferred to technology and science. Stalinist political culture utilized ideas taken from the occult elements in its attempt to influence the masses.”
— B.G. Rosenthal

In Nightscape: Red Terrors you play an Operative of Integrand General — an extra-governmental non-profit established to research the arcane sciences — fighting your way through the PERM 37 facility. You will be opposed by the horrific forces at the disposal of the Director. Modern weapons have little power against the most powerful horrors you’ll face, but a host of creatures do bleed. Arm yourself well and expect the unexpected.


Nightscape: Red Terrors includes everything you need to play, except for a few 20-sided dice and a group of friends.

Get Nightscape: Red Terrors on the Rising Phoenix Games Store, Drive Thru RPG, or Itch.IO.

Journey into the world of Nightscape: