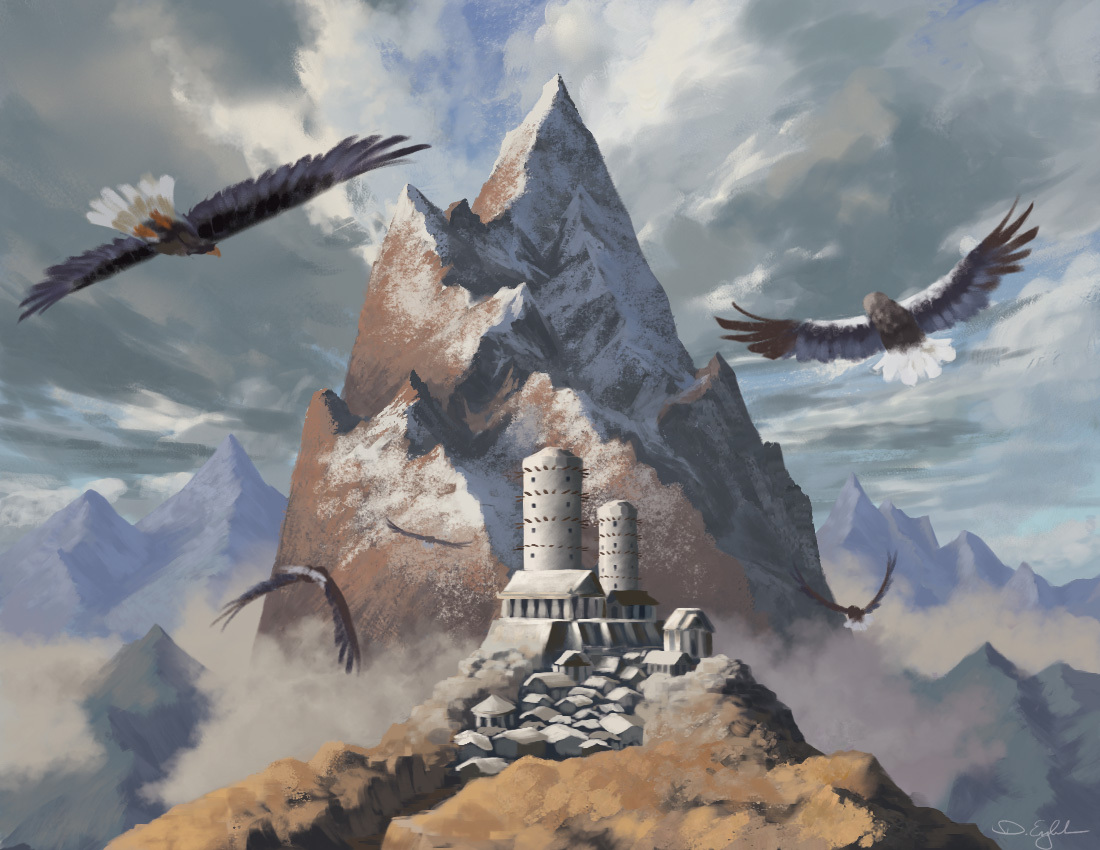 Coming in Issue #8 of the Gate Pass Gazette, the official magazine of Level Up: Advanced 5th Edition!

Heritages of the Coral Climates
The seas and shores of tropical climes teem with life, so it’s only appropriate for two new heritages to emerge from them. This article presents the tentacular pode and the sharklike galeoni. By PJ Coffey.

Heirs of Command: Marshal Archetypes
Marshals come in many shapes and sizes, from fearless commanders to shadowy criminal masterminds. This article introduces three new marshal archetypes, each at home in their own battlefields. Additionally, we introduce a new stronghold type in the form of a ship, and the new sailor follower. By Russ "Morrus" Morrissey.

Heaven’s Roof
Set among the Skyreach Mountains, Heaven’s Roof is a city built among the clouds. From distant peaks across the valleys the settlement appears to sit atop a floating tableau of rock with the single, thin bridge of the Elseanian Span tethering it to the rest of the world. This article presents NPCs, potion variants, exploration challenges and more for use in campaigns that brave the mountain heights. By Marc Kenobi

Mythical Martial Maneuvers: The Arcane Knight
Not unlike rare spells, some combat traditions are zealously guarded by those who have developed them, and the Arcane Knight tradition is no exception. In addition to the combat tradition itself, this article introduces the Order of the Argent Eye, an organization of arcane knights who are willing to train those who have the interest and aptitude, as well as the order’s tome of the spellblade, a magic item which grants a character access to their signature techniques. By Rachel Williamson.
Last edited: Nov 4, 2022

Supporter
Eeeeeeeeeee! Finally! My Maneuvers get to see the light of day! <3

Steampunkette said:
Eeeeeeeeeee! Finally! My Maneuvers get to see the light of day! <3
Click to expand...

I’ve been waiting for this! I’m also PUMPED for more Marshals!

Actually, I feel like being more specific. I’m excited for Marshals themed around a kind of leader rather than a strategy. They fire my imagination much more, although I’m glad we have both kinds.

Uh this sounds amazing! Am super excited about those manuvers! Is there an expected release date yet?

enzolangkilde said:
Uh this sounds amazing! Am super excited about those manuvers! Is there an expected release date yet?

It’s not consistent, but it usually falls sometime in the 2nd week of the month.

xiphumor said:
It’s not consistent, but it usually falls sometime in the 2nd week of the month.
Click to expand...

Okay, thanks. Looking forward to reading it