​
Riddlehouse has returned to Kickstarter! This second book in the Riddlehouse series comes packed with 5 new scalable adventures. Featuring over 30 new monsters to challenge adventurers, 12 New Subclasses to play, and 40+ new Magical Oddities including a selection of cursed objects. Riddlehouse Vol. 2 also brings a return of the Madness system with newly expanded options for making the horror of adventuring truly felt by the characters.

The Riddlehouse Group Patron has been expanded with new options, hirelings, rewards, and more. Perhaps you can tease out some more of Riddlehouse's closely guarded secrets. Additionally, two new factions have risen to challenge Riddlehouse including the Inquisition which seeks to destroy Riddlehouse and claim the powers they have amassed for themselves. Who will you side with in the coming confrontation?

The G.O.A.L. NPC AI system and NPC cards will return as well to help gamemasters more easily run encounters with the various NPCs found within this terrifying tome.

Back in the first 48 hours and get a FREE lolligagger 3D miniature STL with your pledge.
The campaign has already been funded in less than 6 hours and is working on accomplishing new milestones to improve the quality of the book and bring some new rewards to backers. Don't miss out this campaign is only running for 15 days and will be over before you know it.

So I made the crazy decision, as some might call it, to cancel the campaign after it had been funded and relaunch with a renewed focus on the adventures and supporting content as well as bringing the cost of entry more in line with Riddlehouse Vol. 1 when it launched on Kickstarter. 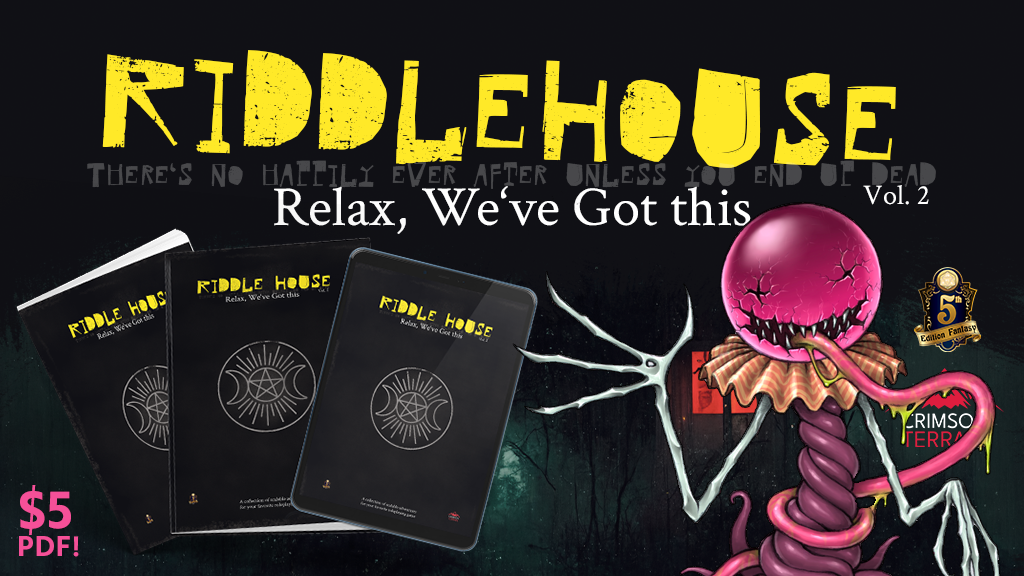 ​
As part of the relaunch, I have dropped the subclasses based on backer feedback and added 3 more adventures for a total of 8 Horror Filled Adventures, with an even more impressive 50 new monsters and 50+ Magical Oddities including, cursed objects, magic items, potions, poisons, and more! All of this is now available in PDF for just $5!

Thankfully this move has been very successful for the campaign and we funded almost immediately and are well on our way to unlocking our first stretch goal to add about 10 more illustrations to the book and reward all backers with a set of 3D printable coin/token STLs.

Since we have relaunched, today is the official second day of the campaign, meaning you can back today and still get a FREE miniature Lolligagger 3D STL, featured in the image above, with your pledge rewards! Plus every backer will receive a BONUS 25+page Halloween Adventure that I have been playing at my table for several years in time for your next Halloween game night!

So what are you waiting for back the campaign today and get all this awesomely horrific content for your next game!

The Riddlehouse campaign is now more than halfway toward reaching its first stretch goal and has exceeded the funding from the Riddlehouse Vol. 1 campaign. To celebrate I am giving away copies of my Tiny Terrors series to two backers. See the latest update linked below for more information. 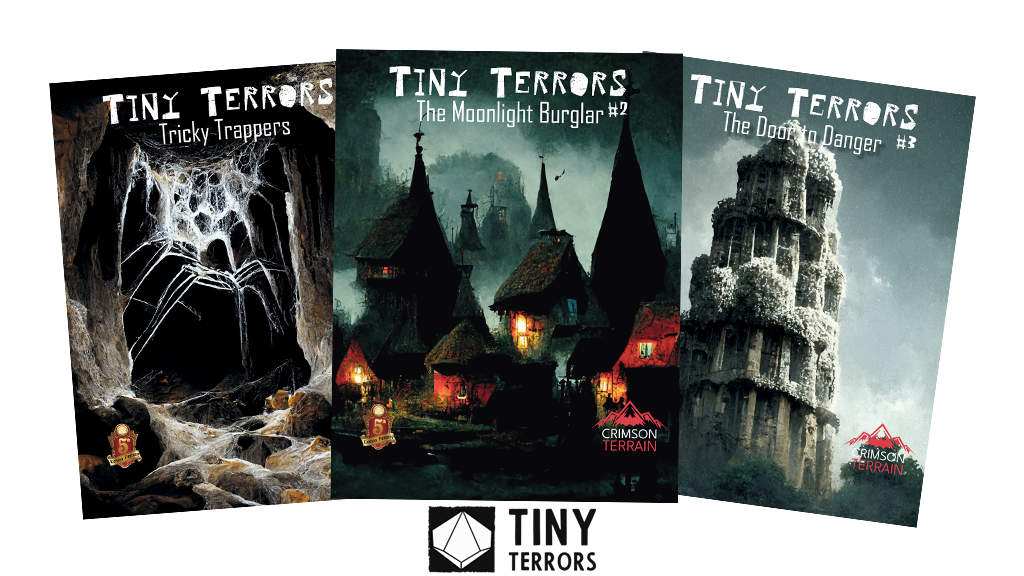 The Campaign has passed its first stretch goal adding about 10 new illustrations to the final book and giving everyone a set of Coin & Token STL files for 3D Printing. We have announced our next two targets which will add more art with each goal and new rewards! @3k we will be making a set of nifty DnD class-themed solid wood coasters that come with a built-in dice & miniature storage slot! Then if we reach 5k we will commission a set of miniatures for each of the 8 bosses featured in our adventures to be offered as 3D Printable STL files.

We are also running another giveaway for my most recent pdf releases. See the latest update linked below for more information. 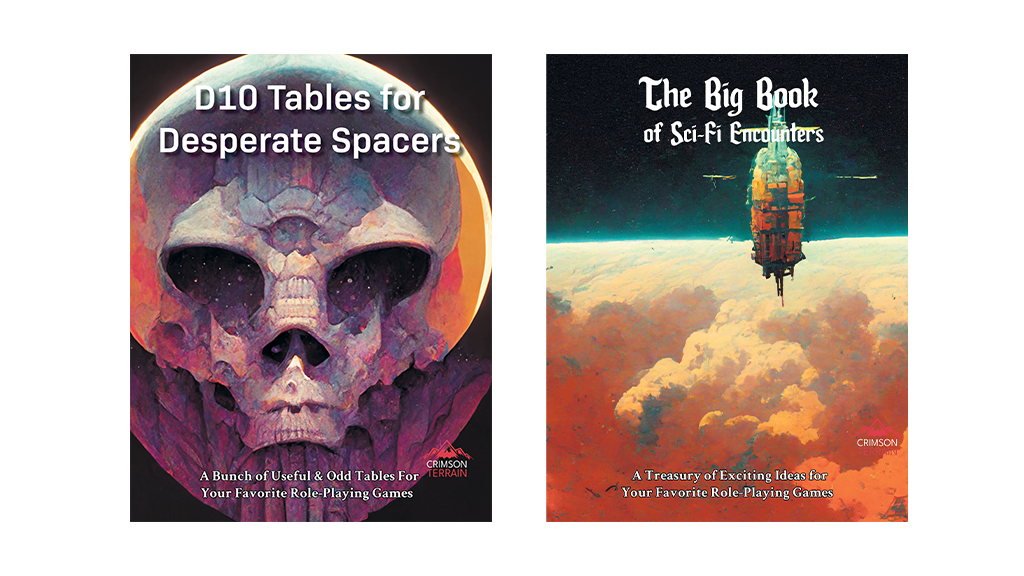 Sep 14, 2022
DavyGreenwind
D
B
D&D General An In-Depth Review of Journeys Through the Radiant Citadel
2