It's my favourite day of the month -- ONE PAGE ADVENTURE DAY! In this, my 19th One Page Adventure (well, 20 including PRESENTS FOR GOBLINS), a bunch of insane duergar seek to awaken an ancient monster, and to do it they've built a big machine which THUMPS the ground to rouse it from its slumber. Can the PCs defeat the duergar, destroy the machine, and save the village? Based on a TRAILseeker (RIP!) adventure by William Fischer.

Become a patron of Morrus today: Read 22 posts by Morrus and get access to exclusive content and experiences on the world’s largest membership platform for artists and creators. 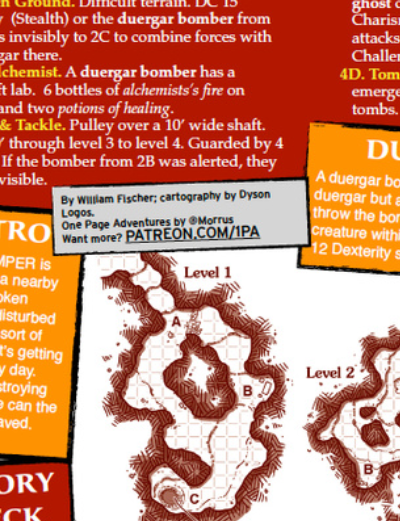 ​
Find it on my Patreon, along with my other 19 ONE PAGE ADVENTURES! 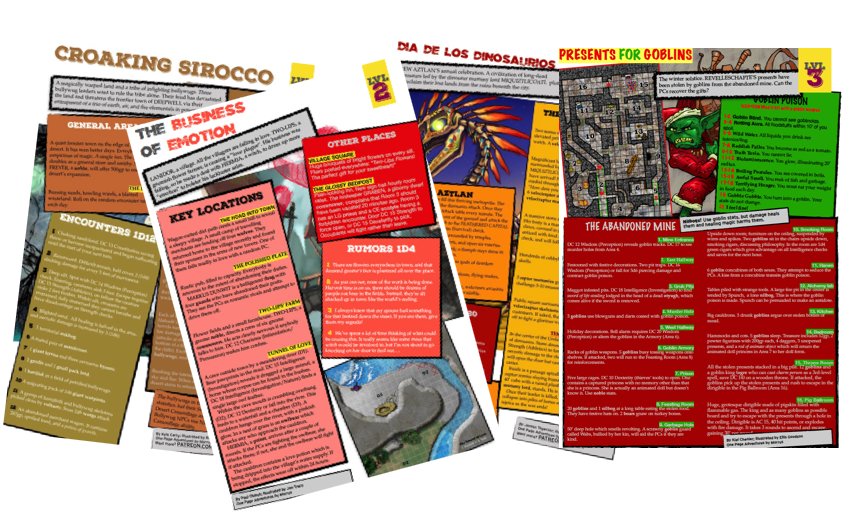