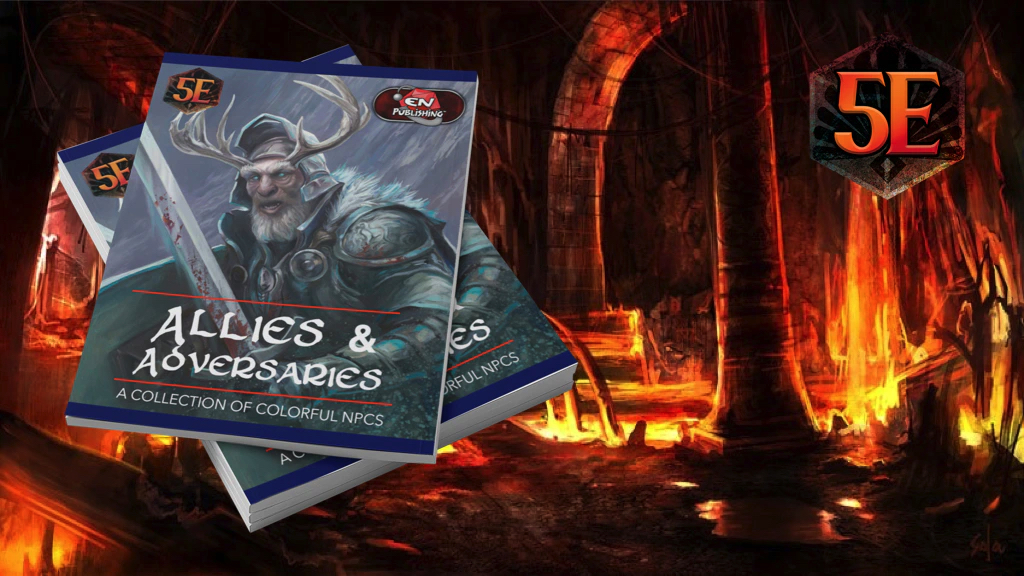 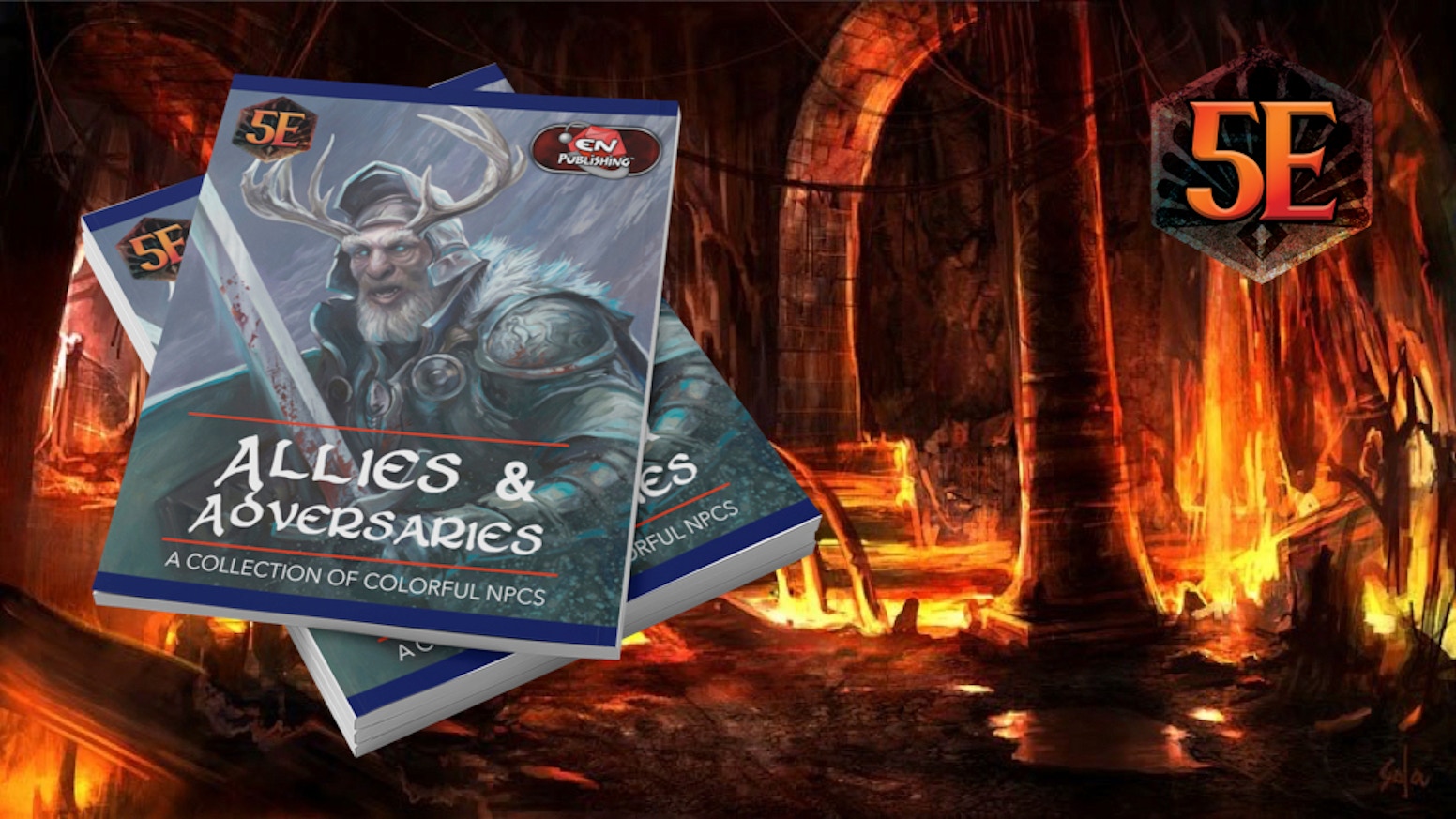 Here's a look at the contents of Allies & Adversaries.
These NPCs are presented in a special NPC format, which emphasizes how to play them. They include traits, and tips on how to roleplay the NPC. Generally speaking, they use standard NPC statblocks like commoners or priests, or standard monster stats like vampires, wererats, or merfolk, along with any special abilities needed to customize them. For example, Grimilio the Voice-Thief is a gnome mage. 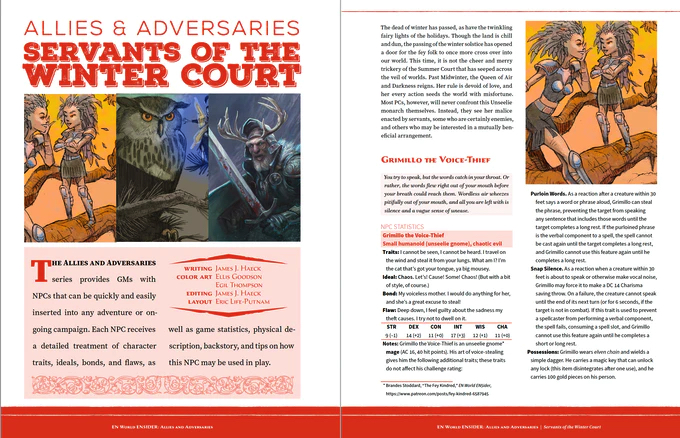 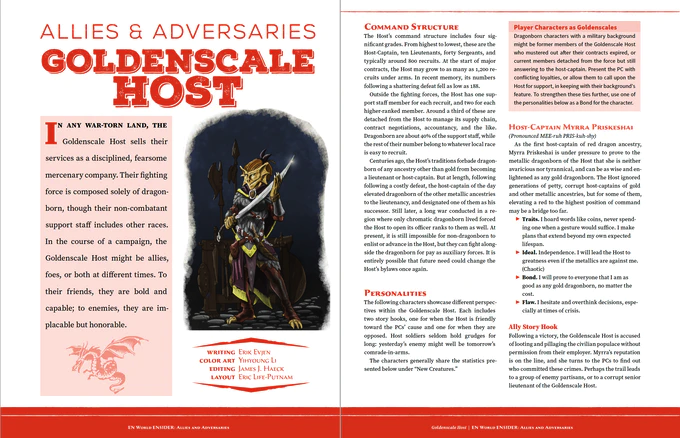 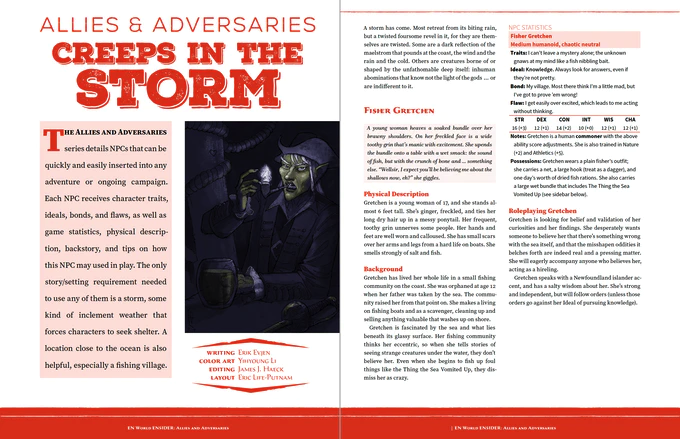