Paizo has posted the Building Creatures and Building Hazards sections from chapter 2 of the upcoming Gamemastery Guide for free download. 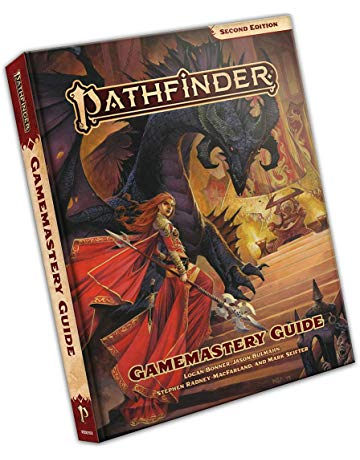 "As we’ve noted on some of our livestreams, the system for creating your own monsters and NPCs uses a top down system with benchmarks, allowing you to build a creature to match your top-level vision of that creature instead of requiring you to build them from the bottom up like a player character. This guide has all the relevant numbers for creating these creatures, as well as lessons on what you can do to make your monsters the best they can be. The numbers are a starting place, and your creativity really brings the monster to life. The hazard rules give you everything you need to create traps, environmental hazards, and haunts to menace your party."

Campbell said:
If you want to actually talk about what the game is like I would be happy to. What's your goal here? It's obviously not to actually engage with me.
Click to expand...

I'm not Bryon D but it appears you like the way the game math doesn't allow for a large variance in character static numbers, but does allow variance in actions and their combinations.

The retort here is "but reviewing a game needs to be based on what's on paper, not actual usage". Otherwise we can't criticize the developers for anything, since it's all up to the players at the table.

The obvious counterpoint here is... chess. If we just review the game of chess based on the rules, the pieces of wood supplied, and the board, we'd give it a pretty low score: the game appears to be entirely devoid of color and feature very little variance (the game offers only 6 "classes" even though each army features sixteen soldiers; the "battle board" has zero terrain features, ...) - any complexity is hidden in the way the rather few and simple rules interact.

The counterpoint to that is... well, fuck chess People like the way D&D holds your hand - classes strongly lead you down select paths to make your hero a strong archetype (as opposed to an "open book" hero that can become anything).

My point isn't to say either of you is wrong.

I guess my point is: well, actually, I think he does try to engage with you...