Pathfinder RPG - Chronicles: Cities of Golarion
Most adventurers think of cities as the places to go after the adventure is over. It's time to show your players that cities can be every bit as exciting--and dangerous--as the darkest dungeon!

Cities in this include:
*Cassomir, home of Taldor's aggressive navy and strange creatures that lurk beneath the streets
*Corentyn, the crumbling, haunted city that gives devil-worshiping Cheliax a chokehold on trade through the Inner Sea
*Ilizmagorti, a haven for pirates and secret base of the mysterious Red Mantis assassins
*Nisroch, the gloomy port city of shadow and bone, ruled by priests of the sadistic god Zon-Kuthon
*Vigil, a bastion of law and good on the border of civilization, built to watch over the tomb of an ancient lich
*Whitethrone, the capital city and noble playground of the daughters of the witch queen Baba Yaga 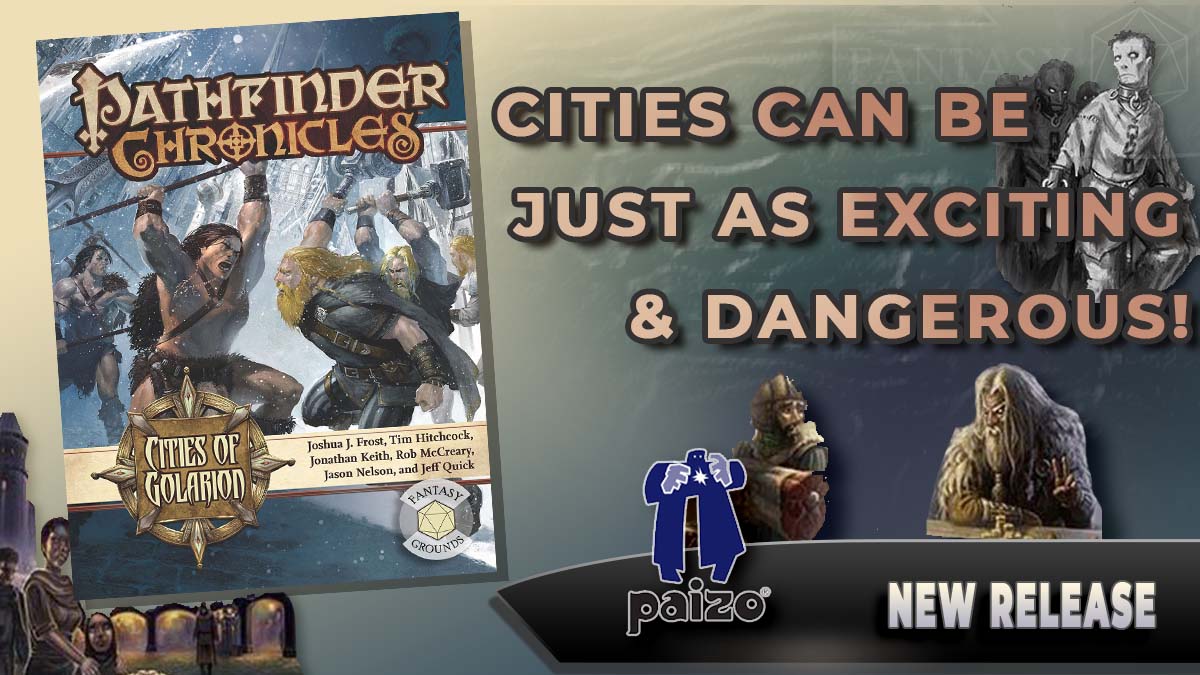