Hello, all! I've updated the 4e Player's Handbook classes to 5e in Player's Guide to Powers.

For those that don't know, powers are usually mighty attacks. They come in many varieties, but are broadly divided into arcane, divine, and martial powers.

Here's a few previews. It should answer some questions, but I can try to answer more if needed. 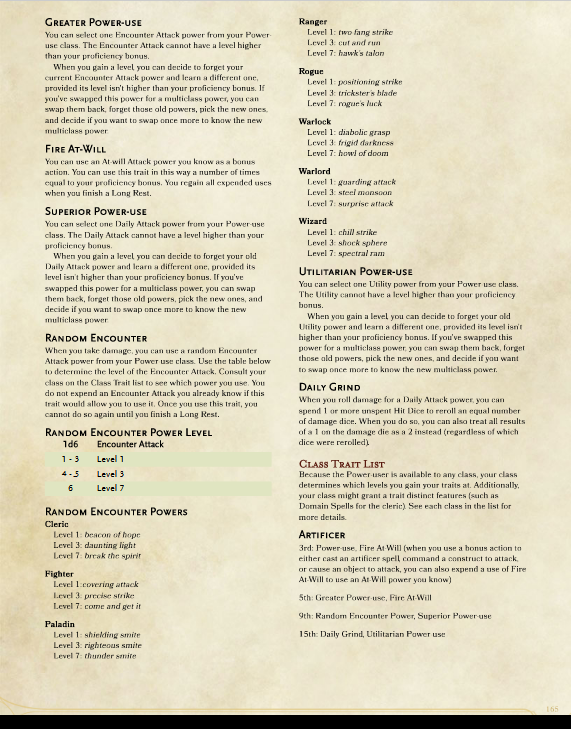 I even made a universal subclass, the Power-user, that can add a few powers onto an existing 5e class. Just in case you only want to test powers out instead of going all in.