This week, Morrus and Peter are taking the week off for the holidays, so enjoy this interview with Ryan Dancey from 2014. 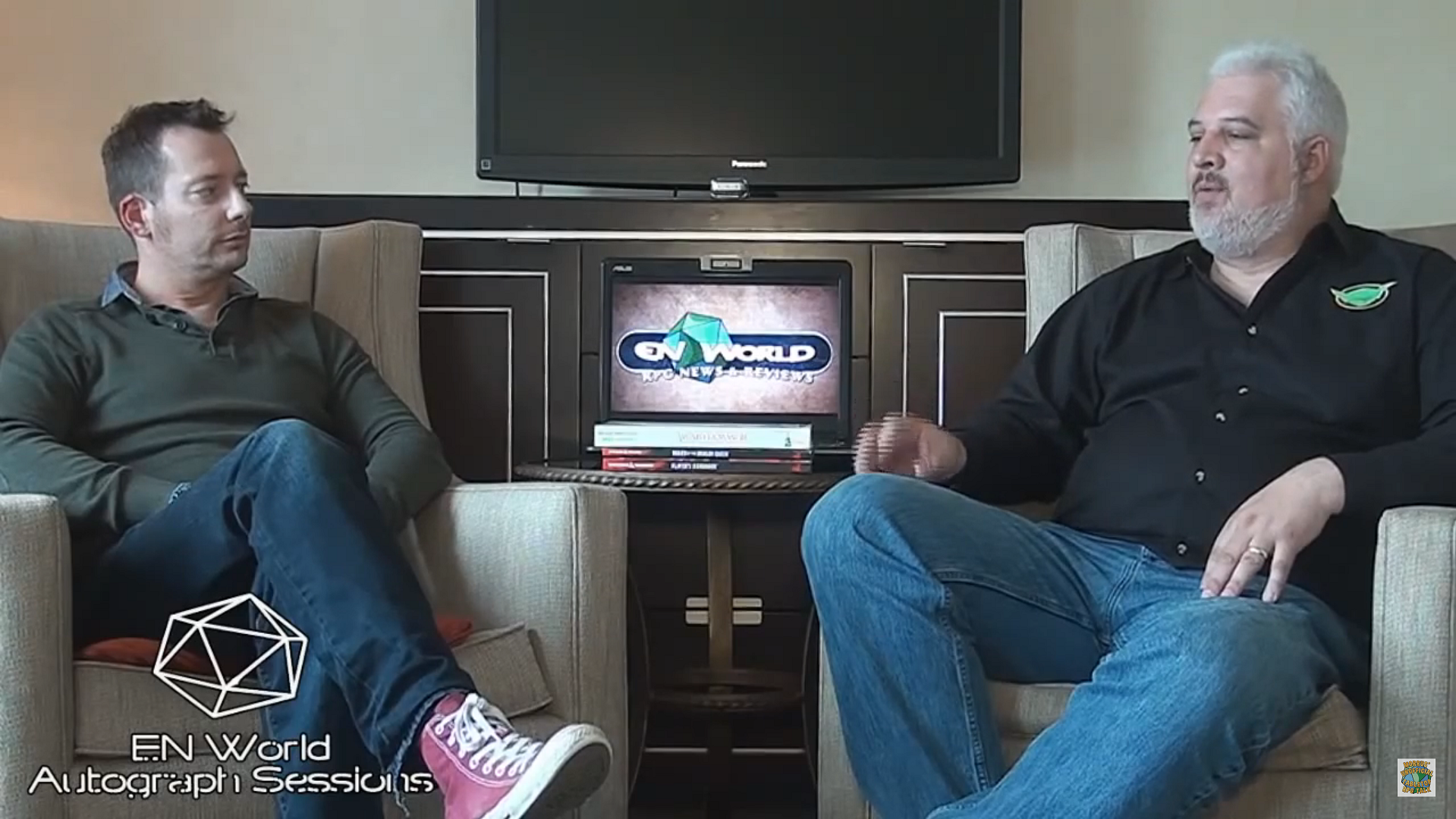 Subscribe on iTunes | Google Play | YouTube | TuneIn | Stitcher | Blubrry | Podbean | Spotify | Android
​
Acquiring TSR! The OGL! Releasing D&D 3E! Saving D&D! Indie games! MMOs! Pathfinder Online! This interview is over an hour long, but it is totally cram-packed with interesting stuff if the recent history of our hobby is of any interest to you.

In the third of my EN World Autograph Sessions, I interview Ryan Dancey. Ryan is the man who brokered the acquisition of TSR by WotC, and who created the Open Gaming License - which is the license responsible for most third party D&D content for the Pathfinder RPG. He has also worked on the Eve Online MMO at CCP. We cover a wide range of topics throughout his career, from his start, through the TSR acquisition, the OGL, and on to MMOs and his current project, Pathfinder Online. Sometimes a controversial figure, nobody could say that Dancey has not had a significant impact on the RPG industry. This interview, coming in at over an hour in length, was an absolute pleasure to take part in.

That pathfinder online fiasco had to hurt the ego but Ryan seems like the type to shrug it off and not worry about it, like a verbose used car salesman. Great interview and thanks for sharing.
Last edited: Jan 6, 2020

EthanSental said:
That pathfinder fiasco gphad to hurt the ego but Ryan seems like the type to shrug it off and not worry about it, like a verbose used car salesman. Great interview and thanks for sharing.
Click to expand...

Yeah, the last bit of the interview with predictions for the future was a bit awkward five and a half years layer...but Ryan's Director and Chief Operating Officer over at Alderaac Entertainment Group now so things turned out okay in the end it seems.

Oddly enough, seems like PFO is still in very slow but has updates and a 2020 roadmap. Give the people on the team an A for effort still. Give the active players one as well for sticking with it, give Ryan an F for bad planning and bailing when the chips were down.
Last edited: Jan 6, 2020
M