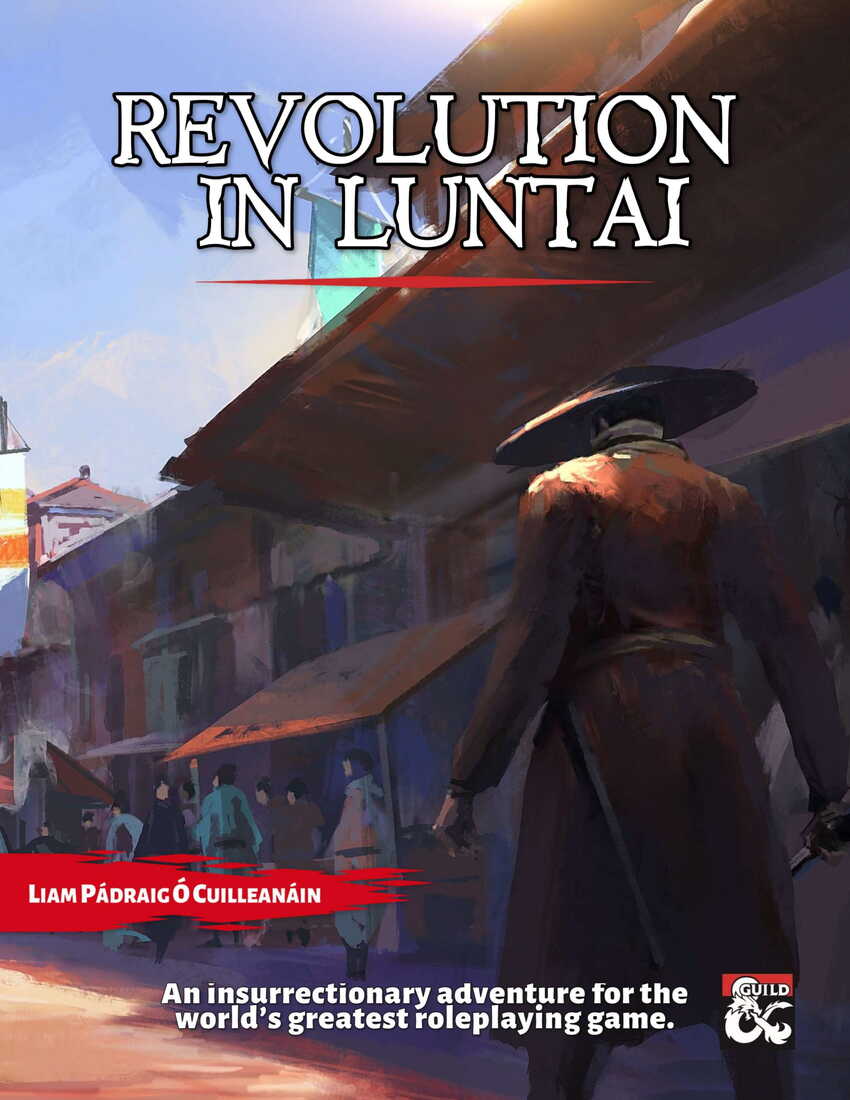 The glorious oasis-city of Luntai, wealthiest of the seven cities of jade, has been ruled for nearly half a century by Primarch Guang De. After years of domination, the Primarch’s authority is beginning to fray. Economic malaise casts the commonfolk into poverty. Decades of one-man rule has alienated the nobility. Luntai teeters on the brink of revolution.

Lead a revolution and become rulers of your own city-state in this urban intrigue adventure for characters of level 5.​
This adventure incluides: