Rogue Trooper: In The Battle For Nu-Earth, Choosing A Side Is Never Straightforward

Rogue Trooper, a full-colour hardcover setting book for Judge Dredd & The Worlds of 2000 AD, is now available to buy!

After a wildly successful Kickstarter in late 2018, Judge Dredd & The Worlds of 2000 AD launched last year, in 2019. In the year since then we've published several adventure books set in Dredd's world, as well as two hardcover setting books - Strontium Dog, and now Rogue Trooper! This year - with the pandemic creating obstacles! - the 2000 AD RPG line became available in hobby stores in Europe and America. IN THE BATTLE FOR NU-EARTH, CHOOSING A SIDE IS NEVER STRAIGHTFORWARD. In Rogue Trooper’s universe, the battle for Nu-Earth dominates everything. The Greater Nordland Republic and the Souther Confederacy wage an endless war for control of a poisoned planet. Desperate for an edge, the Southers...
enpublishingrpg.com 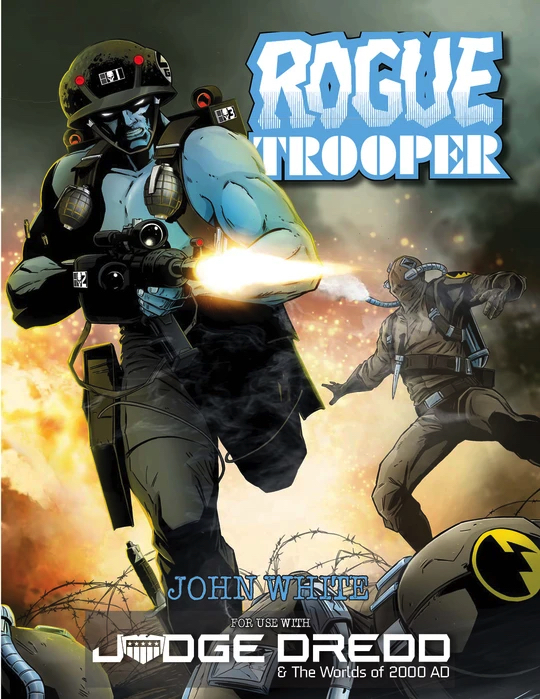 The version I purchased on DTRPG has no covers - any chance you'll be updating this please?

Staff member
No covers? That sounds like a printing issue! I've never heard of that happening!

If you contact DTRPG they'll send you a replacement.

No, the electronic file you receive has no covers.

Yes, the pdf. And thanks

OldGeezer69 said:
Yes, the pdf. And thanks
Click to expand...