These RPG crowdfunding projects end by October 29th or sooner. This week is a mix of original projects that use unique systems as well as amazing Dungeons & Dragons options. If you’re interested in listening to more about the RPG crowdfunding projects in this article, Morrus and Peter Coffey have a new podcast for you, Our Favourite Game in All the World, which is based on the RPGs I share in this column. Check out that podcast and their others here. 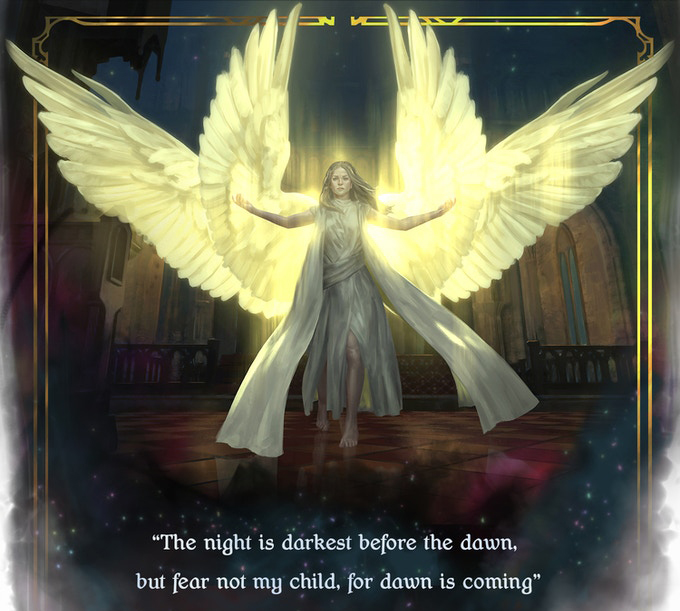 “Grim Hollow: The Players Guide is the perfect companion for character creation in a dark fantasy setting! Grim Hollow: The Players Guide is the ultimate players companion for making gritty characters in a dark fantasy campaign. This supplement is compatible with 5e and designed to be friendly for both beginners and veterans alike! The Players Guide contains new subclasses for each class within 5th Edition. Each is unique to the world of Etharis and brings a dark fantasy twist. From the blood magic fuelled Sangomancer to the stern Oath of Zeal, each equips you with the tools to survive in a dark fantasy setting. Become one of two new Transformations within Etharis with the Primordial and the Fey. Call upon the power of the great wyrm and the four elements to become a venerable Elemental or succumb to the allure of the dark mists and the spirits of nature to become a scheming Fey. Each bring their own flavour to the Transformation mechanic and provide a new level of customisation for player characters. Vanquish your enemies with an entirely new school of magic known as Sangromancy, or Blood Magic. The Players Guide brings a wide array of new Sangomancy spells as well as spells from existing 5e schools! Discover a trove of new Magic Items with a dark fantasy twist. The Players Guide brings new magic items in a format 5e players will find familiar, designed to lean on beloved dark fantasy tropes. Additionally, the book brings several new items unique for transformations, enhancing their powers and dampening their flaws.” 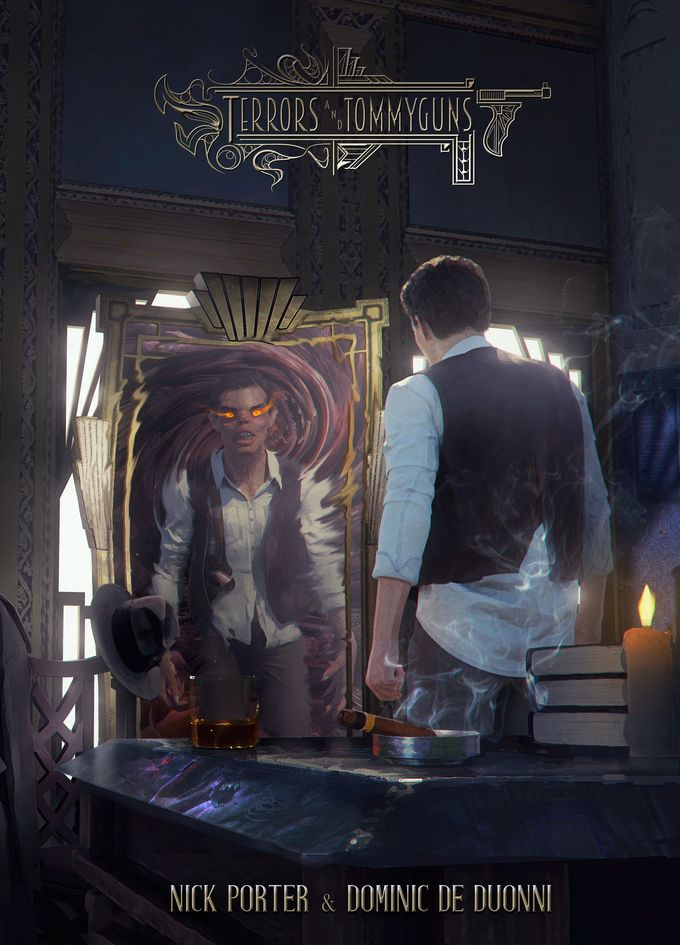 “A Cosmic Horror Noir Tabletop RPG set in the 1920s in which monsters and other Terrors walk among us unseen. Terrors and Tommyguns is a Cosmic Horror Noir RPG set in a fictionalized American 1920s city called New Babylon. It uses a modified version of the Rollover system that we introduced in Sagas of Midgard with an elegant means of determining rolls: rather than adding or subtracting bonuses, you determine your "Assets" (based on player abilities and environmental factors) and roll a pool of dice (with a d20 base) against a difficulty class or ("Rollover"). So if the GM gives you a rollover of, say, 15, and you have 2 Assets, you'd roll a d20 and a d6, adding the results (never to fear-- there's a table for this both in the book and on our character sheet). If you roll over the Rollover, you've succeeded!” 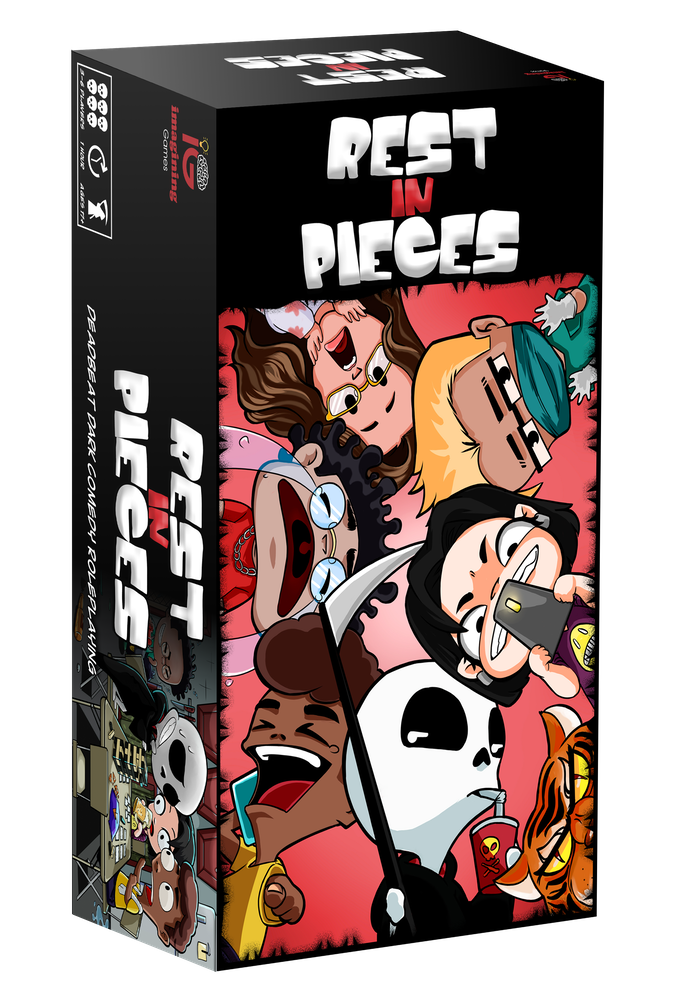 “Play fed-up Deadbeat Roommates stuck sharing a pad with a pain-in-the-ass Grim Reaper in a quick dark-comedy Card & Block Tower RPG! Rest in Pieces is a dark comedy tabletop role-playing game that plays in short sitcom like episodes of about an hour. Imagine playing ridiculous slackers from shows like The Grim Adventures of Billy & Mandy, The Regular Show, Rick & Morty, or It's Always Sunny in Philadelphia. These deadbeat characters aren't the best fit for their dead-end jobs, let alone the ridiculous problems that arise thanks to living with Death or any of the other pain-in-the-ass Fiend Friends we have in store for you. As a player, you'll need a little creativity to succeed as anything more than just another warm body in a world that is constantly "taking a leak" on you. Rain just seemed like such a gloomy metaphor...” 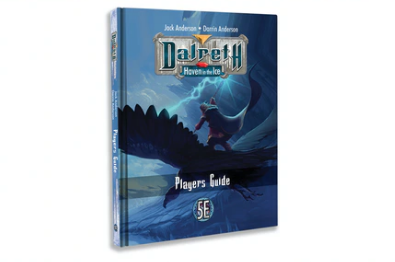 “5E Fantasy RPG player's expansion of classes, species, feats, backgrounds, and spells. Includes 32mm highly detailed pewter miniatures. Welcome to Dalreth - Haven in the Ice. The city is surrounded by glaciers and is home to those who have banded together to survive. Political intrigue is rampant between the five noble human houses and the six powerful factions who all compete for limited resources and power. Will adventurers get swept up in the complex and subtle city politics or will they venture outside the city and explore the frigid lands? This is a living city where players' actions shape and influence the future. The city is built south of a long dormant volcano. Hot springs and geysers provide warmth needed for survival. Adventure beyond the city to explore vast glacial tunnel networks with entire ecosystems of creatures living and preying upon one another. Visit the Cuda Tribe and hunt with their warriors. Solve quests and missions for the powerful factions.” 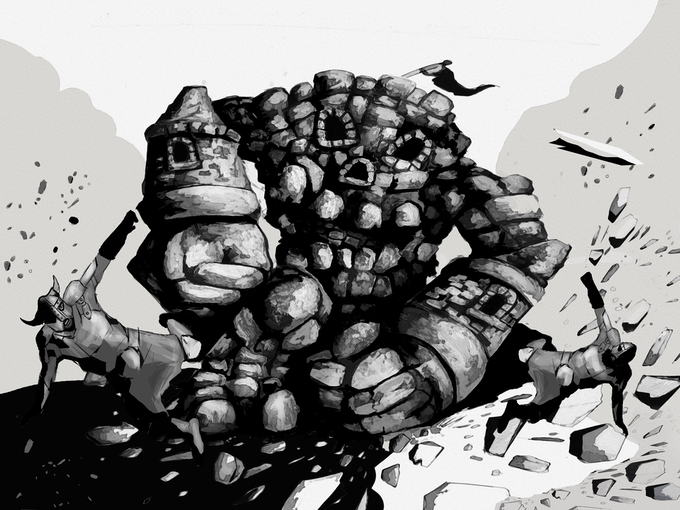 ​
5e Side Quests with Map Shield from Cameron Wright

“A book of mini adventures, or side quests, for D&D 5th edition, featuring encounter maps with Map Shields to protect them. 5e Side Quests are adventure modules for the game Dungeons and Dragons 5th edition. This Kickstarter features a minimum of seven side quests. With small tweaks, these side quests can be used with older editions of D&D or other similar role playing games. Each side quest features unique encounters, locations, treasure, and challenges. 5e Side Quests are 6-8 pages each. These side quests are presented as jobs that you receive in scrolls. This way, they can be easily introduced into your current campaign.”
Click to expand... 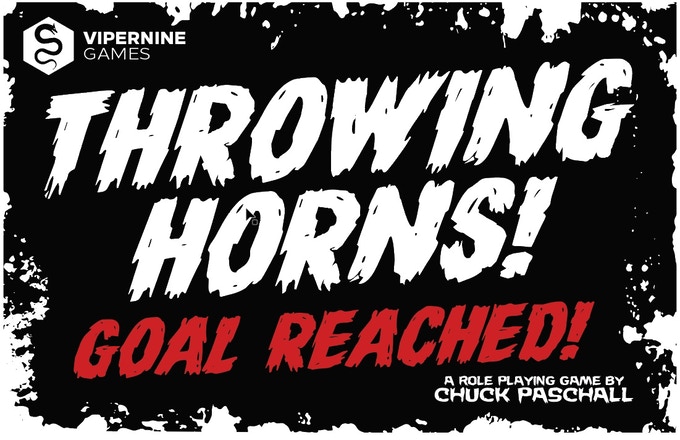 “Demons in Hell playing METAL! A zine sized complete lite RPG. Your band has joined the biggest tour in HELL! You've got to keep the crowds of demons and the damned entertained with the music spawned from Hell - METAL! Collect PICKS to overcome encounters as the PROMOTER (GM) guides you on your descent. Will your tour make it to the end or will the MARKS of the DEVIL destroy you?! THROWING HORNS is a Lite RPG of devils, demons, and metal. You play a literal band of demons touring the best and worst venues in Hell. The Promoter (aka the GM) will guide you on the tour and throw encounters in your path which you can overcome in the most METAL ways possible. Use head-banging tunes, your demonic commanding presence, or just good ole fashioned violence to beat encounters and continue. This is B&W zine style RPG. 26 pages of art and simple rules using a roll and keep system.”

Arkham Archives: the Lovecraftian gamebook. Chapter I of IV from Delta Dreams
The Portal at Hill House: a solo RPG of cosmic horror from Travis D. Hill
Down the Old Rail Line, vol. 1 from Exploding Rogue Studios
Winter RPG Adventures - Soundscapes and Ambient Underscores from Fallen Highway Studios
Egg Embry participates in the OneBookShelf Affiliate Program and is an Amazon Associate. These programs provide advertising fees by linking to DriveThruRPG and Amazon.
Last edited by a moderator: Oct 7, 2020
Click to expand...

Terrors and Tommyguns looks interesting.
Rest in Pieces strikes me as a fun con game. 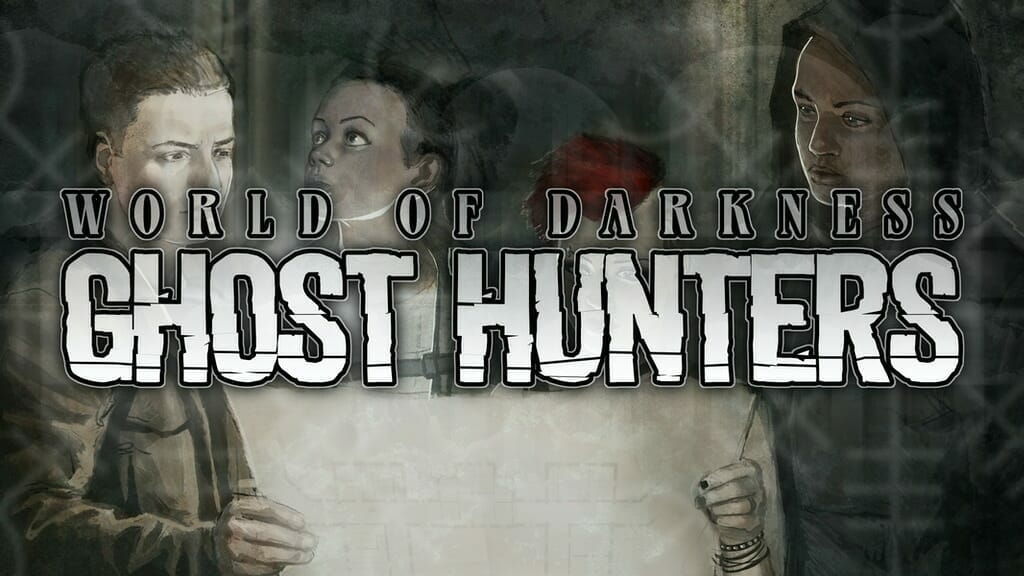 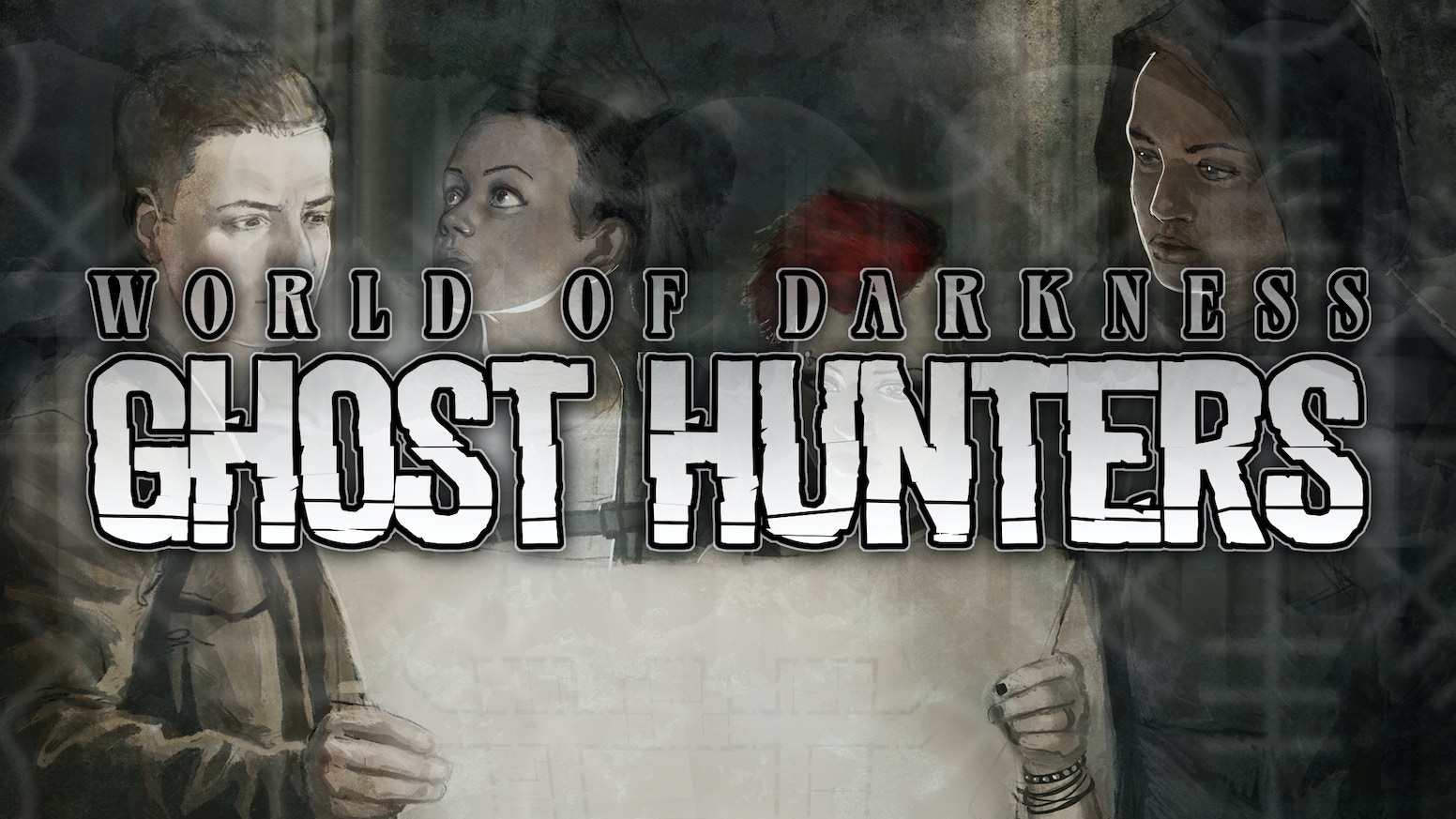 Neither of those are in the time window this week's column covers.

You are right, but I thought it was better to publish it here than creating a new thread.

I wanted to buy Grim Hollow for our GM. The shipping is half the cost of the hardcover ($25 for shipping on a $50 book). Since I'm probably spoiled by Amazon, does that sound right for a hardcover book? If I try to buy a random print on demand book at DriveThruRPG it gives me a choice of $4.50 for USPS media mail or $14.50 by UPS ground. Does DriveThruRPG somehow get better shipping rates than the Grim Hollow folks or are they gouging on the shipping fee?

tommybahama said:
I wanted to buy Grim Hollow for our GM. The shipping is half the cost of the hardcover ($25 for shipping on a $50 book). Since I'm probably spoiled by Amazon, does that sound right for a hardcover book? If I try to buy a random print on demand book at DriveThruRPG it gives me a choice of $4.50 for USPS media mail or $14.50 by UPS ground. Does DriveThruRPG somehow get better shipping rates than the Grim Hollow folks or are they gouging on the shipping fee?
Click to expand...

Yikes, thanks for the explanation.