Scion Is Coming to TV

White Wolf - known for its World of Darkness and the Storyteller system which powers it - has had a TV show before: Kindred the Embraced ran back in 1996 for eight episodes based on Vampire the Masquerade

25 years later, 2007's Scion, the ENnie award-winning game from Onyx Path about the progeny of the gods and their struggle against the Titans, which is now in its 2nd edition and using the Storypath system (a successor to Storyteller), is being adapted for TV. 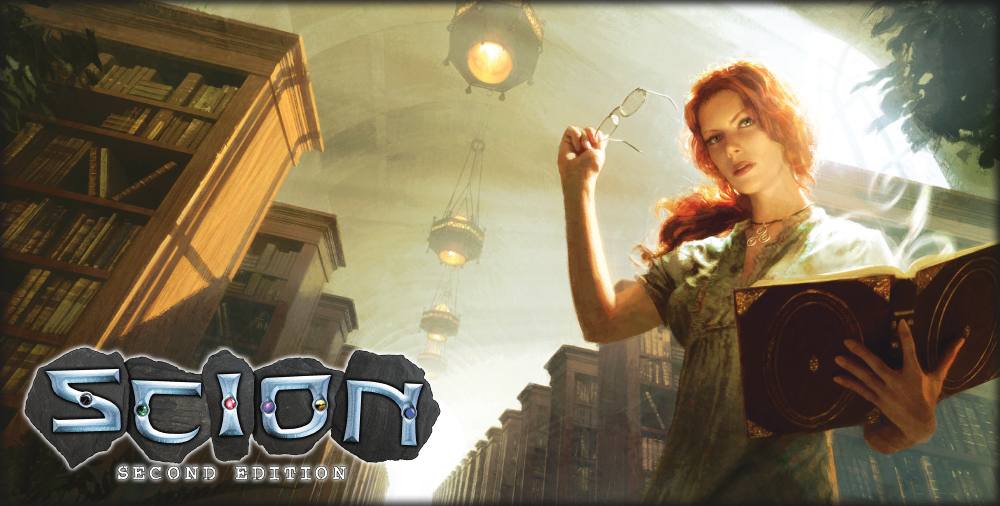 “We’re truly excited to be developing this adventure series for TV in collaboration with Onyx Path.” said Brian Jenkins. “We are looking forward to working closely with them in order to bring the world of Scion to life.”

Scion is a game about Gods and humanity, and everything in between. It’s a game about mythic Deeds and the reasons people talk about those mythic Deeds. Its first edition was published in 2007, and it quickly gained an enthusiastic following, winning the ENnies Game of the Year award. Now available in a new edition using Onyx Path’s Storypath System, Scion 2nd Edition offers a modern mythical setting to tell heroic tales.

“Find your destiny and embrace the myth… on your TV screen! We at Onyx Path are thrilled to announce that our friends at Jenkins and Tate Entertainment are officially developing a live-action TV series of Scion!” said Rich Thomas. “From logo design to questions about props, these folks are huge Scion fans who want to get the important elements of Scion right. We can’t wait to tell you more about when you can see living, breathing children of the gods in your living room!”

The creative teams at Onyx Path Publishing and Jenkins and Tate Entertainment are hard at work collaborating on the series pitch and will have more details to reveal in the coming months.

Elevator pitch: "American Gods with different established IP we can get."

Pretty much, yeah. It's like American Gods, only without the desperate need to pretend to be Saying Important Things, and you can just generally get way trashier with it. I'm kind of curious that they're even licensing it. It's not a particularly well-known IP, and maybe it's just been too long since I read the rulebook, but I don't recall the setting being much more than "You are the demigod children of gods from various pantheons. Try not to die.". It's not like there's some well of stories and characters to draw on here, so they'll have to be starting from scratch. It's not even like the lore is so in-depth it naturally generates characters and stories, either - unlike the various World of Darkness games (which are also getting made into a TV series or multiple TV series).

It also has the gods vs titans theme instead of AG's old gods vs new gods as a thematic point of differentiation.

Similar to AG though it has a multipantheon coexistence setup so you can have the marvel comics avengers situation of Hercules and Thor in the same party.

I'd rather see Kindred The Embraced return.

Look at all that snark. I guess this remains the internet.

TerraDave said:
Look at all that snark. I guess this remains the internet.

I'm always fascinated by shows that shoot pilots or even whole seasons but never get aired. It feels like they could recoup even a bit of their cost if they just dumped it on YouTube or something.

Aeson said:
I'd rather see Kindred The Embraced return.
Click to expand...

Hope you saw this thread... 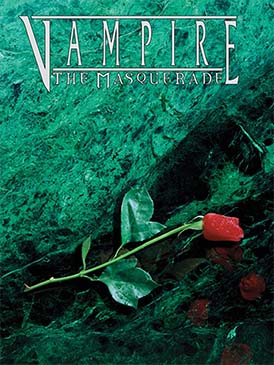 World of Darkness is also coming to TV!

It's not just Dungeons & Dragons, or this week's announced Scion TV show, that are getting the live-action treatment. The World of Darkness is getting a TV and movie franchise too! According to Deadline, Paradox Interactive (owner of the World of Darkness) and The Witcher and The Expanse...

I remember toward the end of the goldbox D&D CRPG series all the bad guys in charge of towns (Manshoon, Trandamere) started escaping. Decades later I was able to ask one of the designers on a forum and he admitted they didn't own the IP, so they couldn't kill the character. I guess there had been complaints about banishing Lord Soth and Kitiara at the end of Death Knights.

Kindred was a great show!
It’s a real shame that we lost the lead actor ...