MongooseKat said:
In Shield Maidens, every player takes on the role of a female warrior. Shield Maidens aren’t necessarily born female, but all serve under the auspices of the rebel goddess Freya. Even though they are a single group, there’s a lot of variety to be enjoyed during character creation.
Click to expand...

It's documented that the Norse cultures assigned gender based upon behavior & dress, not physical conformation. And both Loki and Thor cross dress for various goals... and Loki even gender switches, carrying a child to term...
So, yeah, that works... nice to see.

This is intriguing. Looking forward to more info

Outside of the mega-metropolis where most humans on Midgard live, snow-born monsters roam the lands. Their most distinguishing trait: an aversion to humanity.

Although Nordic myth certainly has its own creatures list, the way we approach monsters is rooted in 18th century Gothic literature, but it’s really 1818’s Frankenstein by Mary Shelley that managed to make its way into our collective subconsciousness.

We’re first exposed to monsters as young children and as we grow older, these terrifying creatures evolve with us, becoming darker and more existential until we’re teenagers. In Writing Monsters, author Philip Athens identifies some of their most common traits: they feed upon our fears, they are unpredictable, they have a disturbing capacity for violence, they exhibit an ‘otherness’, our imagination makes them scarier, they are amoral, they are beyond our control, they are terrifying in appearance, and they turn us into prey.

In Shield Maidens, there are many monsters. Some of them are humans who lack a decent moral compass and empathy, some of them dwell in one of the other realms, beyond the reach of most humans, but many of them live on Midgard itself, their origins unknown. Most lack common characteristics and this may make them even scarier, as one never knows what they stand to encounter in the endless winter and even their origins are a subject of much debate amongst academics.

‘There is a charm about the forbidden that makes it unspeakably desirable,’ Mark Twin once noted, and he was right. It’s why roleplaying games often have a chapter, supplement or host of manuals completely dedicated to creatures that might serve as enemies to the Player Characters, and its why Shield Maidens has its own critters – things that don’t only go ‘bump in the night’, but also behind the thick, white blanket of seemingly ever-lasting snow. 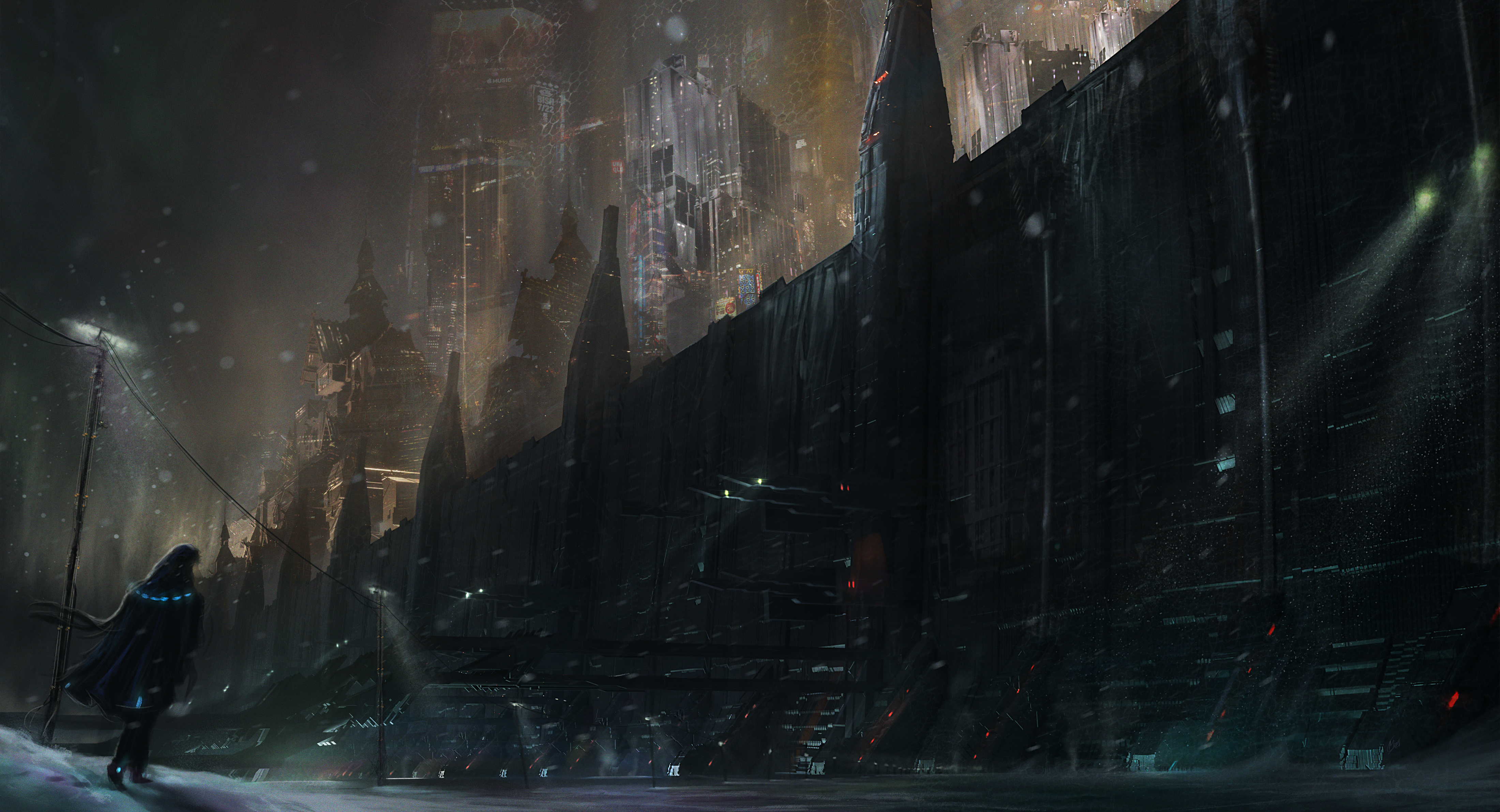 Midgard’s single city is a mega-metropolis comprised of 32 different zones, each with its own aesthetics and culture. Some zones still retain their original names, others have been renamed, often to reflect their purpose.

Designing such an extensive capital is no easy task, but it does allow for a wide variety of character backgrounds, gaming styles, atmospheres, obstacles and adventures – even without taking the other eight realms into consideration.

Even though the ancient Greeks were already talking about metropolises or ‘mother cities’, the first usage of that word in Middle English was around the 14th century. It eventually started to denote any large, important city. Still, in recent English-language fiction, there may not be any metropolis more iconic than Judge Dredd’s overpopulated Mega-City One. Mongoose Publishing published a roleplaying game based on that property for years, so rest assured: the fate of Midgard is in good hands.

Midgard’s Sewers
Nobody likes sewers, and the sewage systems of Midgard are some of the most ancient. Stretching the width and breadth of the city, the sewers lay beneath the entirety of the zones, running far into the earth. Over the course of centuries, the foundations of the zones have been laid atop each other, often over the collapsing structures of previous generations. As a result, the underground regions of Midgard are as much a city as the one above, albeit huge and subterranean.

The various species to be found here are as diverse as the environment themselves. Crumbling masonry is used as housing by subterranean mole-like creatures, whilst toxic lakes have become homes to aquatic creatures. There are even catacombs filled with the remains of the dead, including many who do not slumber restfully. Even though the unliving are not technically mutants, they have nevertheless become part of the subterranean ecosystem. The grand cycle of predator and prey works its way beneath the city streets, with mutated life forms kept in a perpetual state of conflict as they strive to maintain their place as predators. 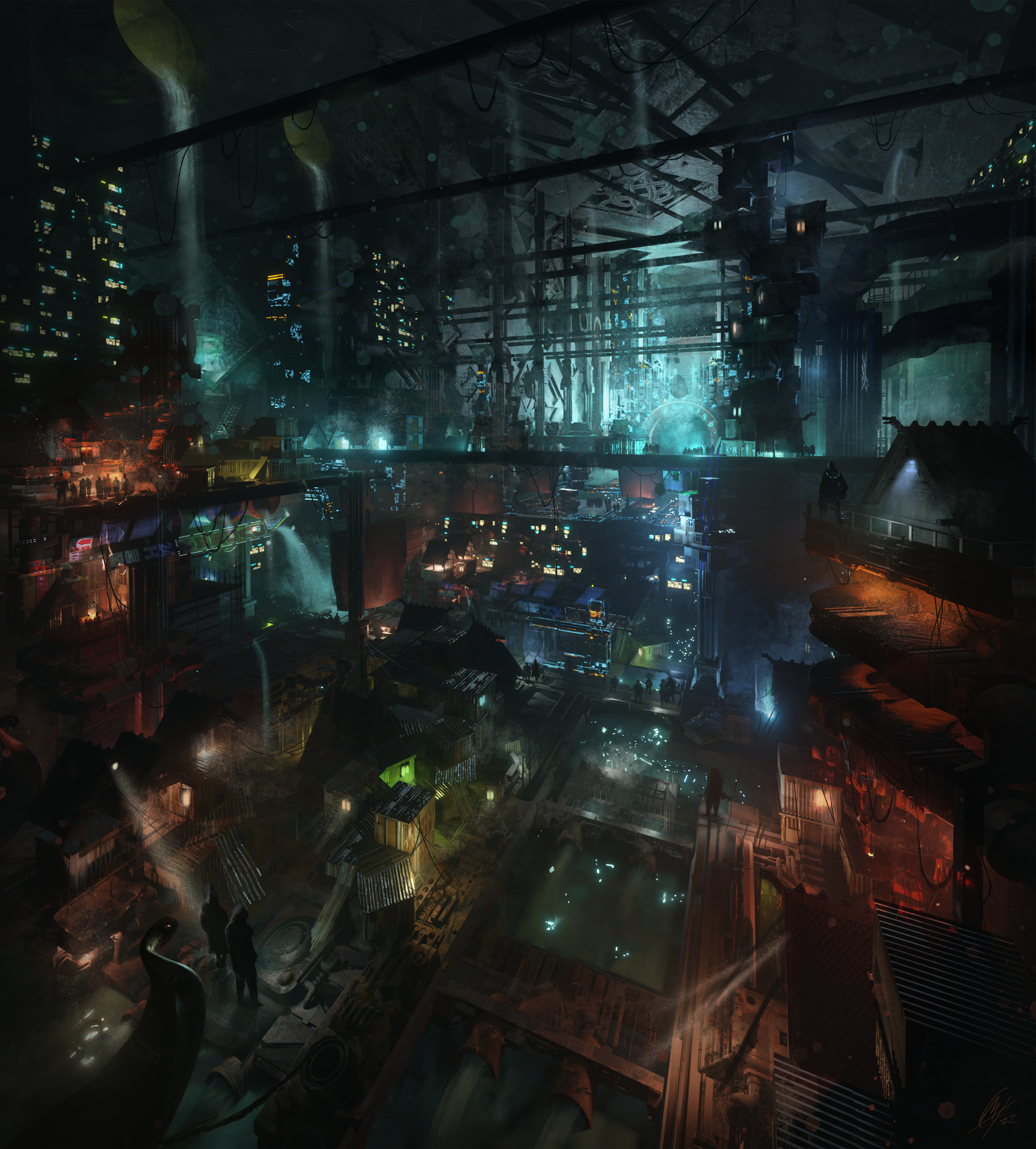 When coming up with a futuristic take on mythology, there are a great many approaches one can take. As a writer, you’re free to treat the ancient myths as canon and run with the existing storytelling. The only thing left to do is fill in the gaps between where the original stories ended and the setting’s timeline. In the case of Norse mythology, however, there’s one cataclysmic event to deal with: Ragnarök, the final conflict that will end reality itself. Once you take into account how an entire culture thought we will all be extinguished, filling in the blanks becomes a lot more difficult.

Another way to approach Norse mythology in a hybrid neo-noir Viking/cyberpunk setting is to think of Norse mythology as the amalgamation of the tales told within an ancient culture that had no way of knowing what was really going on, as it lacked the technology to truly understand the gods, their spacecraft, their weapons and equipment in general. This is how most superhero comic book universes handle the matter and it is, more or less, the angle taken by Shield Maidens as well.

In Shield Maidens, Norse mythology is taken as canon, but the gods are partly reimagined as a species that possesses remarkable technology, albeit it often powered by the blood of Ymir – the primal being out of which Yggdrasil and the gods were born. Since the Fenrir Empire also knows about Ymir’s Blood and has set up pumping stations in order to fuel Midgard, this opens up the pathway to a great conflict that is raging throughout all of the nine realms – one that is not necessarily between the gods and the Empire, but between Fenrir and other factions that want to wrest control of Ymir’s Blood out of the totalitarian regime’s hands, for reasons that may be lofty… or entirely self-serving.

Odin has long since sat in Asgard as the Allfather, the ruler of the gods, and he shows little inclination to relinquish his throne. Often thought to be a fair and just ruler, Odin is nevertheless a proponent of the old ways, believing a leader must remain strong and steadfast in order to steer his people from growing wayward. Much of Odin’s history is one of construction. He built the gods and their society into the place it was at its height, he led them in building the Bifrost, and he now leads those who are loyal to him in preserving their place against insurrection. It is this inflexibility, his unwillingness to adapt and change to the turning of the age, that ultimately led to conflict with many gods, a conflict which led to war.

The one indisputable fact about Odin is that the war has changed him, ironic as little else has ever had the sway to do so. Those who have seen him describe Odin as weary, looking every bit as old as his years. Although he still clings true to the belief of the glory of Asgard and the righteousness of their ways, he has long since worn the crown heavily, now visibly weighed down by grief. He may now truly recognise all that his choices have lost him. Most of all, he mourns the loss of Loki, his adopted son banished from Asgard since time immemorial.

The Shield Maidens Kickstarter campaign launches on the 1st of April 2022. 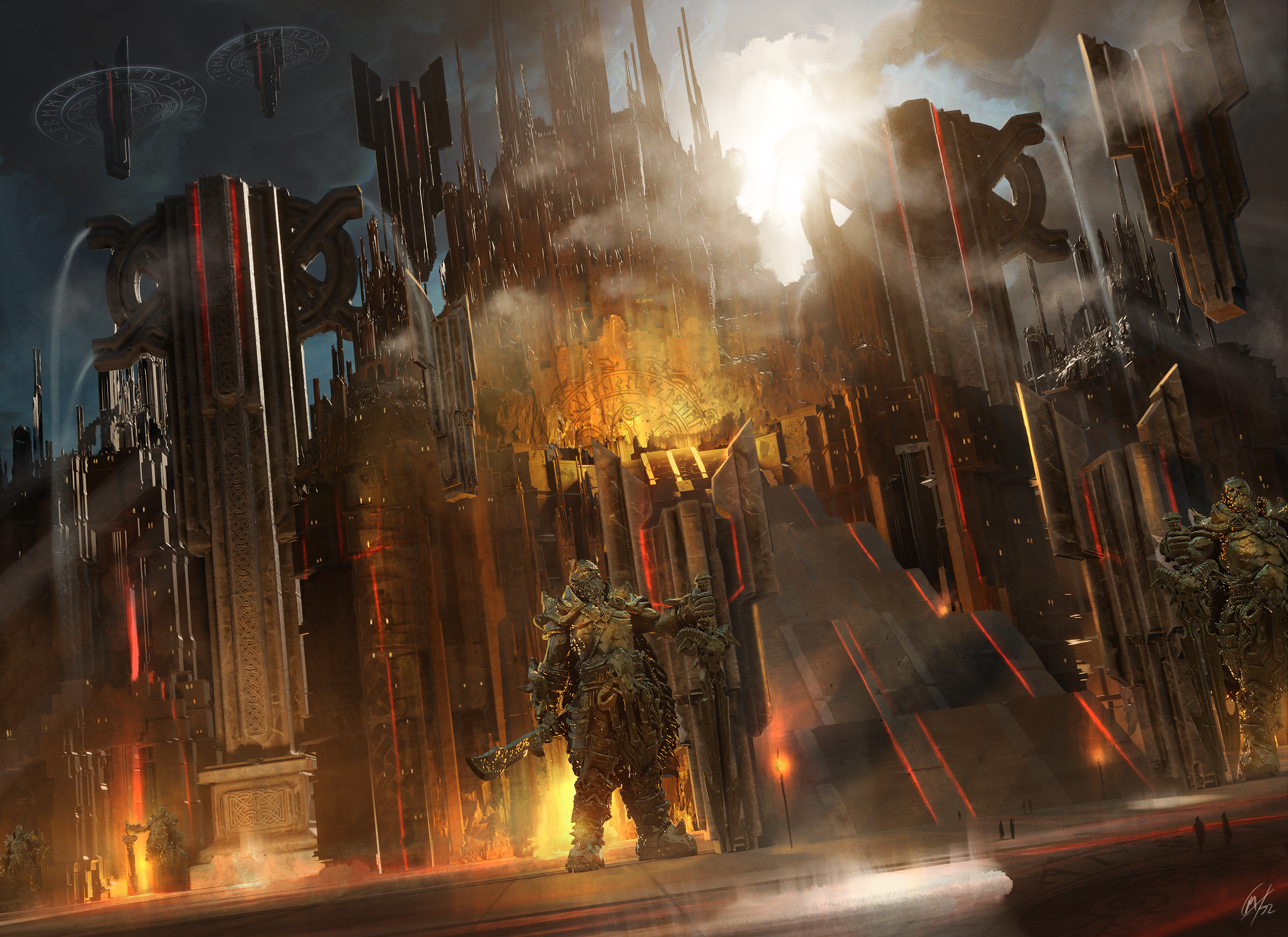 Coming up with great, evocative art is a major part of creating almost any tabletop role playing game. When you’re able to work with an artist who is very much in tune with the required genre, the results can be stupefying.

‘I have been working with Mongoose Publishing for the last couple of years on their Traveller RPG,’ artist Mark Graham says, ‘so as soon as I found out about the project, I couldn’t wait to get involved, as we would be combining my two favourite themes (Viking and cyberpunk).’

If an artist is that dedicated, it’s often a good idea to give him a lot of leeway. ‘I was allowed to freely come up with my own ideas, as long as I stuck to the cyberpunk/Viking theme and as long that both myself and the art director – as well as the writers – were happy with the ideas,’ Mark continues.

We’ll have a lot more artwork to show you over the next few weeks, so make sure to keep following us and back the Shield Maidens Kickstarter, which is launching on the 1st of April! 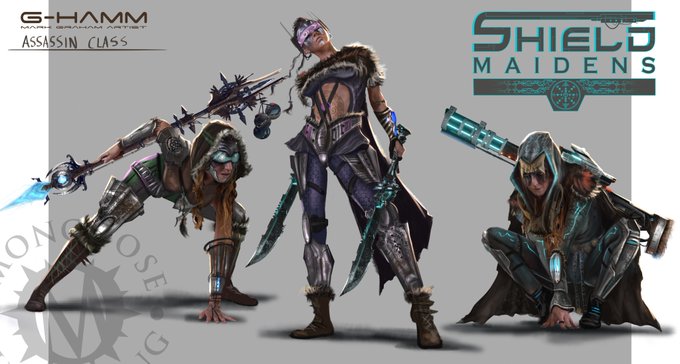 Shield Maidens Kickstarter - a Week and a half to go